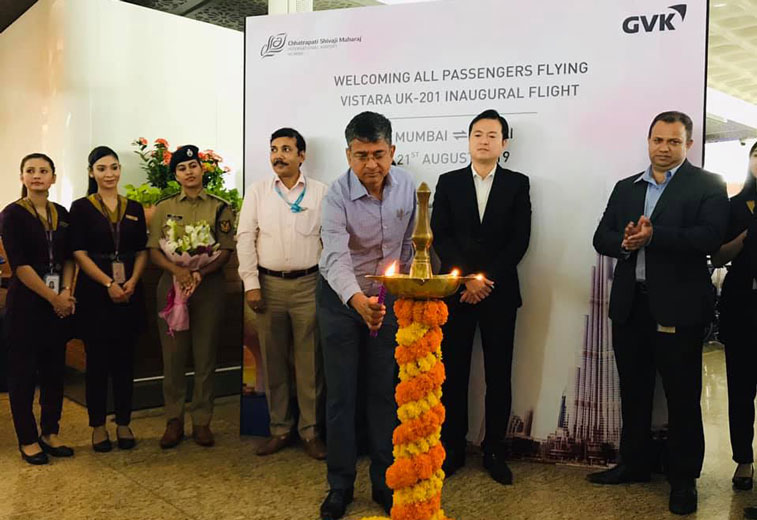 Vistara CEO Leslie Thng (centre right) and other dignitaries celebrate the launch of Vistara’s direct Dubai flights on 21 August. This is the third international route for the TATA-Singapore Airlines Joint Venture, which also serves Singapore and Bangkok. 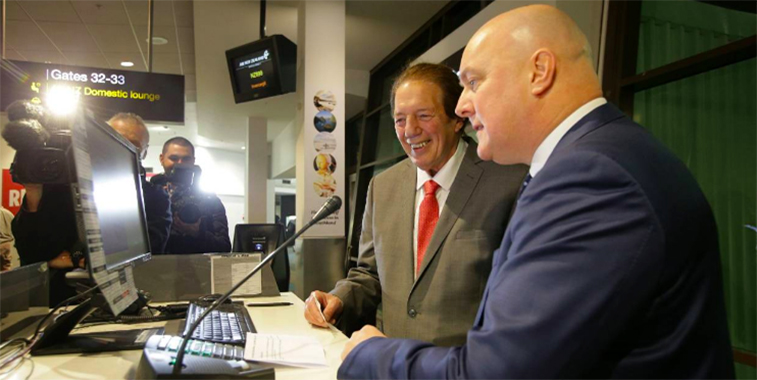