KRK-ing development: why Krakow-Luton has gone from zero to three airlines

London to Krakow has been served for many years.  Yet the past year has seen the strongest growth for a long time, with a very strong city-pair CAGR of 14% since 2015. 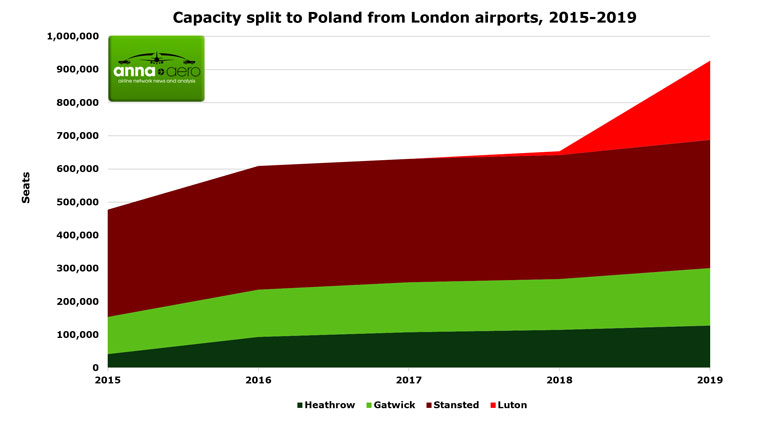 The primary reason for this growth is London Luton, which is responsible for 60% of the 450,000 seats added.

While Luton accounts for over four in 10 seats between London and Central and Eastern Europe, it has not had service to Krakow since 2010. This was not helped by Wizz Air’s strong presence to Katowice, 81km from Krakow, which is presently served 17-weekly.

Nevertheless, the absence of Krakow was surprising, especially given how strong the city is for tourism, with 400,000 Britons visiting in 2018.   In fact, of all 13 Polish airports served from London, Krakow has by far the highest % of passengers travelling for tourism (25% v. an average of 10% across all 13) and the lowest % travelling for VFR (55% v. an average of 78%). 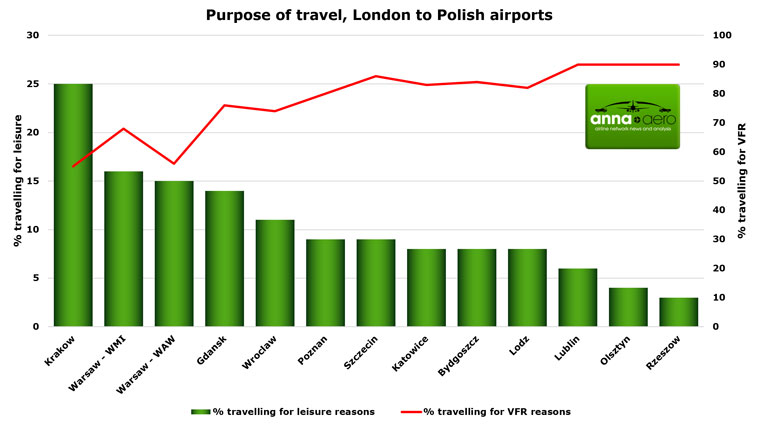 2018 was the year of change.  In quick succession:

Luton-Krakow: from zero to three airlines in little time, indicating the swift response of competitors should a situation change. But also adding significant additional seats to fill and the resultant impact on yields.

For Wizz Air and Ryanair, which are self-proclaimed ‘LF active, yield passive’ airlines, focusing more on sector revenue from higher passenger volume and therefore ancillaries, this may be beneficial – to a point.

Luton’s rapid growth enabled it to almost immediately capture 26% of London-Krakow.  While all other London airports have grown since 2015,  it wasn’t enough to stop their shares falling. This is especially notable at Stansted.

Stansted’s share drop was, of course, directly from Ryanair’s share drop, with the airline’s growth on Stansted-Krakow being relatively static.

Clearly, the Ryanair – Wizz Air battle is heating up on more and more city-pairs across Europe.

But that’s not all. In Wizz Air’s latest round of expansion from Poland, which involves four additional aircraft and 15 new routes, it will also link Krakow with London Gatwick on a daily basis.

How sustainable will this quick growth be?  How will easyJet respond? Will Ryanair?

Which airline, if any, do you think will blink first?  Vote now.