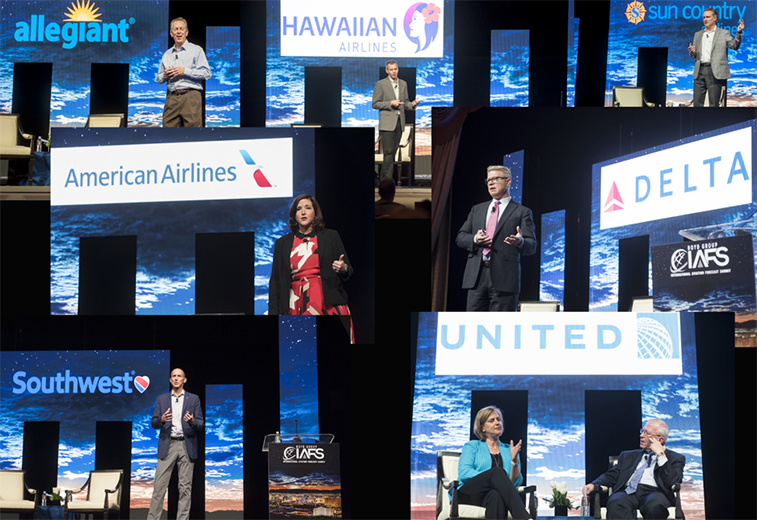 Domestic airline perspectives: CEOs and executives from airlines such as Spirit, Frontier, Allegiant, United, American, Southwest, Hawaiian, Sun Country, SkyWest, Delta, and more covered their views of the future. Delta even presented on how to airlines need to move from the idea of an airline as a “utility” and to an “experience” a consumer looks forward to. 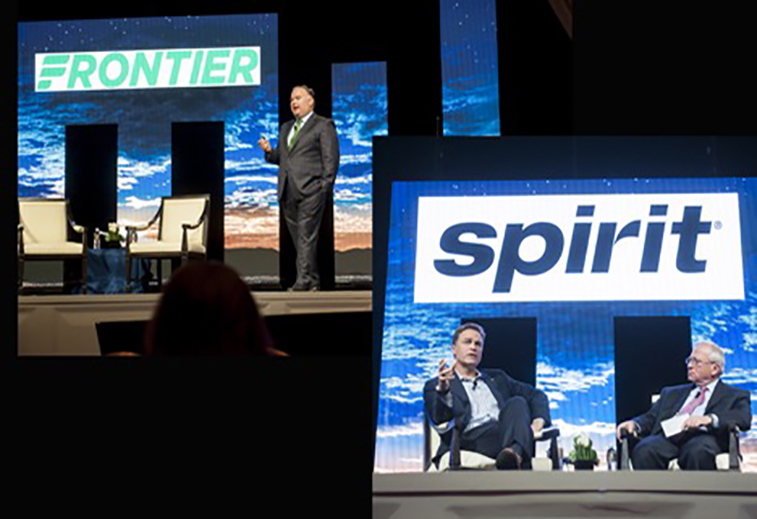 Airline service announcements: Spirit took advantage of the Summit to first announce several new passenger service initiatives including the Guest messaging technology and a partnership with WhatsApp, helping improve guest satisfaction by over 80%… Frontier announced their new “Green Class” of service across their route system. 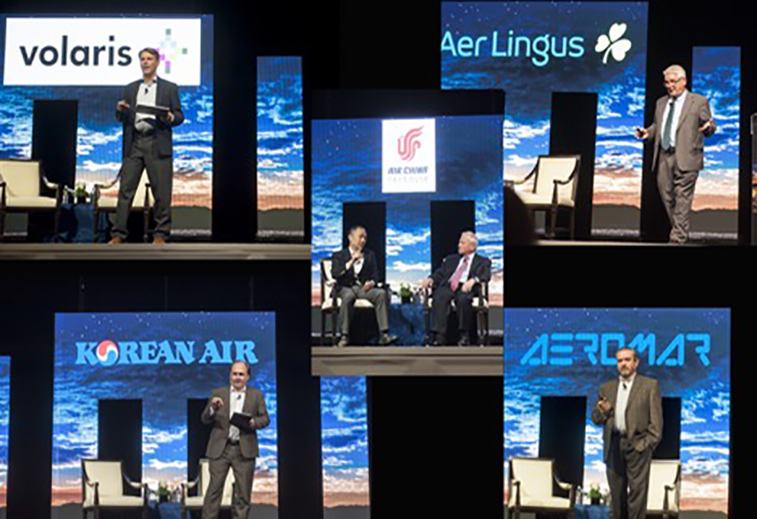 International Airline Perspectives:  Airlines such as Volaris, Air China, Aer Lingus, Korean Air and Aeromar covered views from their airlines and how their fleets are developing and adding more comfort, better entertainment option and other amenities.  Asia was a key as well, with both Korean Air and Air China pointing out how large the growth is in their areas. 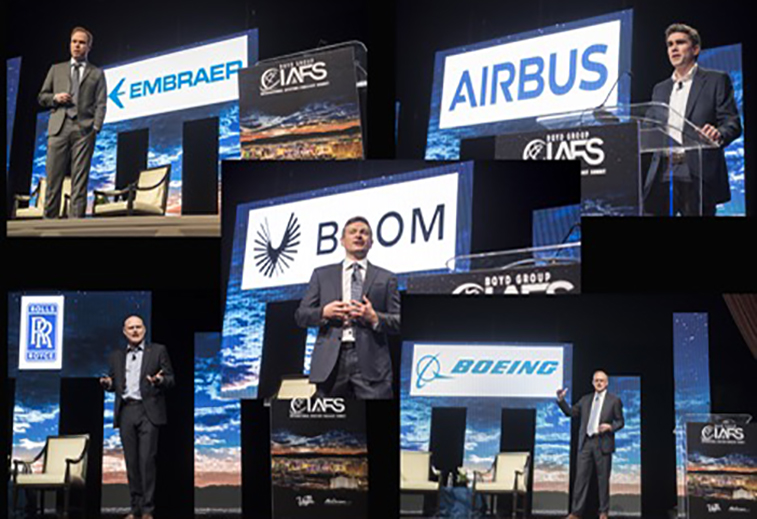 Fleets & airliners: The new fleet trends with Airbus, Boom, Boeing, Embraer and Rolls-Royce were explored. The new mission capabilities of airliner such as the A220 and the A321XLR were reviewed. In addition, BGI forecast indicated that next-generation turboprop airliners have an apparent strong demand future – but not likely in the US. 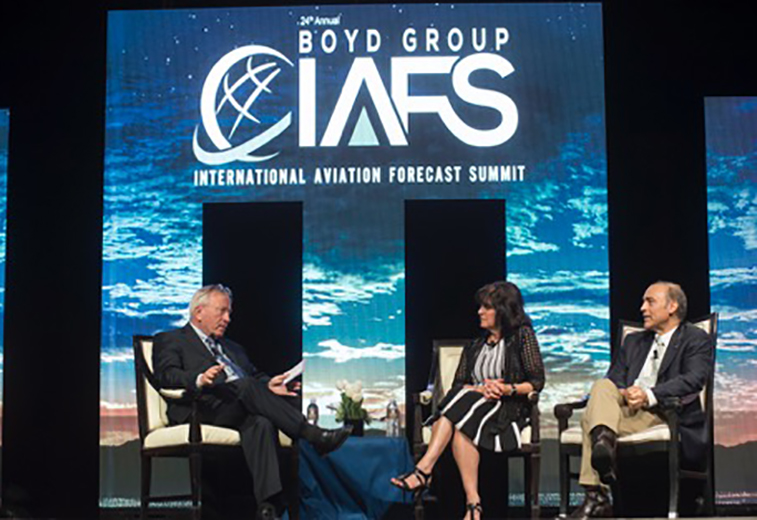 Airport funding: The controversial issue of an increase in the PFC cap was discussed at a session with Iftikhar Ahmed, President of the Rhode Island Airports Corporation, and Rosemary Vassilidas, CEO of Las Vegas International Airport, as well as a number of other issues impacting airports. 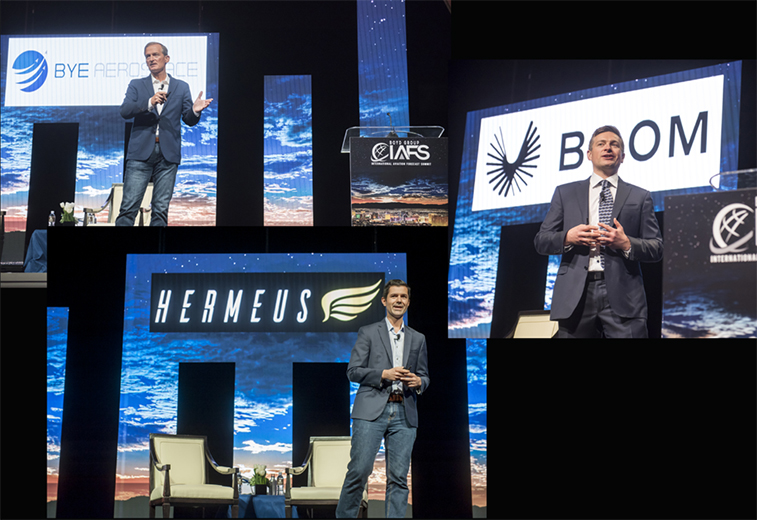 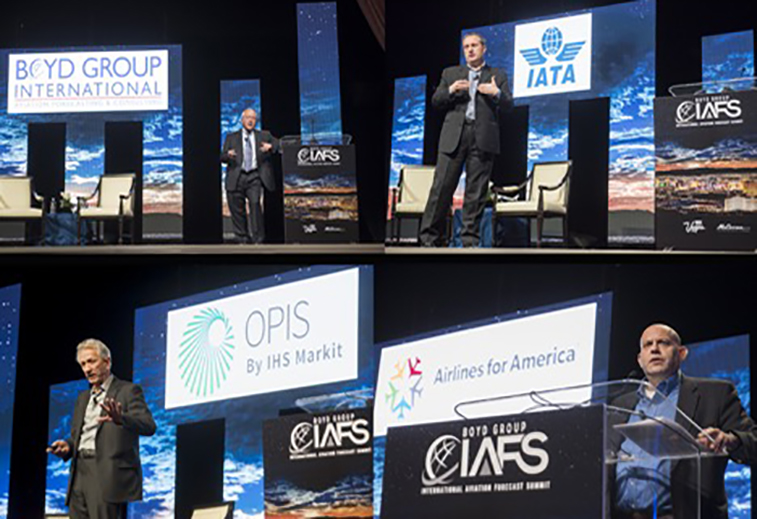 Forecasts: The Boyd Group International Airports:USA® forecast session outlined the 33% growth in enplanements we can expect over the next ten years, and where this is expected to manifest, additionally, Boyd Group’s Airports:China™ IAFS featured the only independent forecast of passenger trends at Chinese airports, including the potential for additional US-China traffic, and the US airports in the crosshairs for new access.  Other forecasts presented included OPIS with a discussion of fuel and what will happen to oil prices over the next year and a half into 2020.  IATA said that by 2038 there would be 8.1 billion airline passenger journeys, and A4A said that in 2018-2019, air travel between the US and foreign countries reached all-time high, this growth has surpassed domestic. 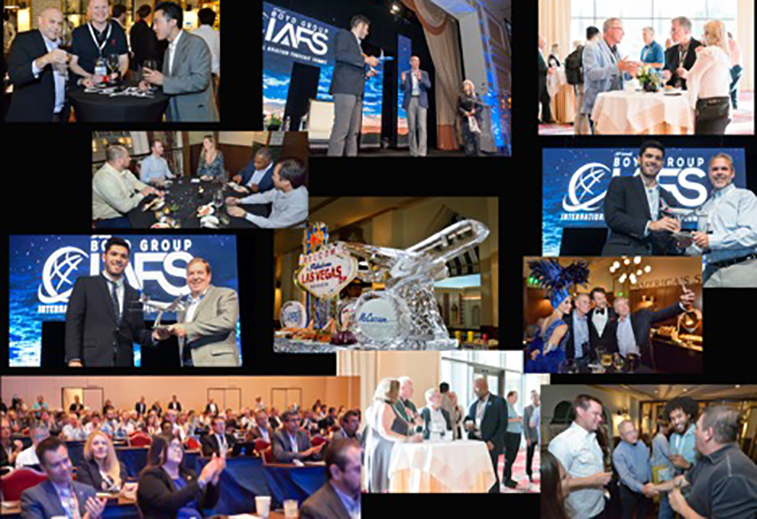 Pre-Summit Workshops delved into major issues including:  Data: Going Beyond. Presented by Cirium, outlined the new dimensions in aviation business intelligence, including going beyond “predictive data” to the concept of “prescriptive data.”  Safety Management Systems outlined how airports, airlines and related companies can establish Safety Management Systems (SMS) and the challenges of keeping them current and “live.” China: Trade War Or Not – Still The #1 Growth Opportunity. Tencent – the $400-billion Chinese information and communications giant – charted a new, economical and effective “WeChat go!” product.  UAS – Drones: This Workshop delivered a no-holds-barred discussion of the exciting future of UAS technology. Global Logistics – America’s Airport System Is Our Global Advantage – changes in global manufacturing will be ending the advantage of low labor costs in Asian nations, and bringing new industries back to the US. 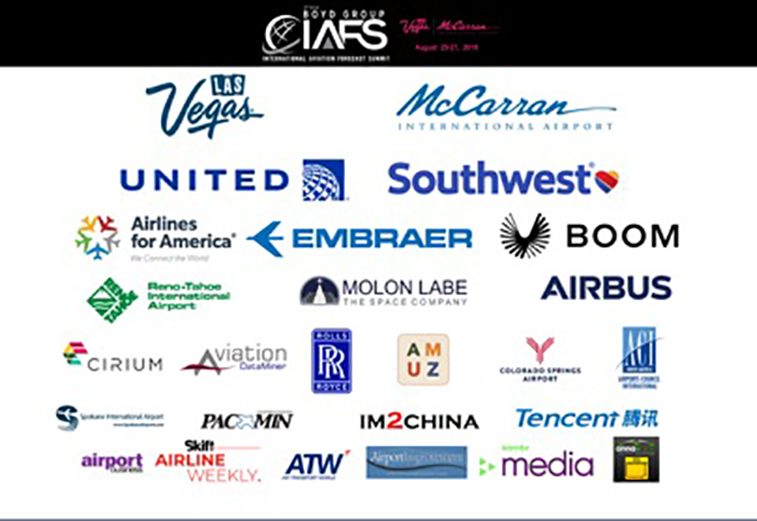 The IAFS had a tremendous group of sponsors this year with our host Las Vegas Convention & Visitors Authority and McCarran International Airport, as well as Platinum sponsors United Airlines and Southwest Airlines, Diamond Sponsor Airlines for America and Gold Sponsor Embraer.

Look for information on the 25th IAFS to come in a couple of months. Visit www.AviationForecastConference.com for a complete overview of the IAFS.

Boyd Group International’s team with over 100 years of experience not only produces the International Aviation Forecast Summit, but provides forecasting and consulting services for airports, airlines, financial institutions, state and governmental agencies and aircraft manufacturers. Aviation DataMiner™ is their exclusive data product used by numerous airports and financial institutions.