Malta International Airport grew by 133% in the past decade and hit 6.8 million passengers in 2018 alone. Passenger traffic continues to rise, with the end of 2019 looking to see seven million passengers. Not big YOY growth, but steady. Passengers passing through Malta in August 2018 were up 8.4% YOY.

Malta grew by 17.5% in 2016-2017, which was a key milestone and it resulted in the airport falling within ACI’s top-five best performing airports. 2017 was also a bumper year for inbound tourism – up 15% YOY – with more than two tourists for the first time. This surpassed the average increase for the Southern and Mediterranean region of Europe. As unprecedented volumes of passengers passed through Malta, the terminal itself was evolving through the company’s €12 million Terminal Reconfiguration Project. This saw a new lounge, observation deck and baggage system. 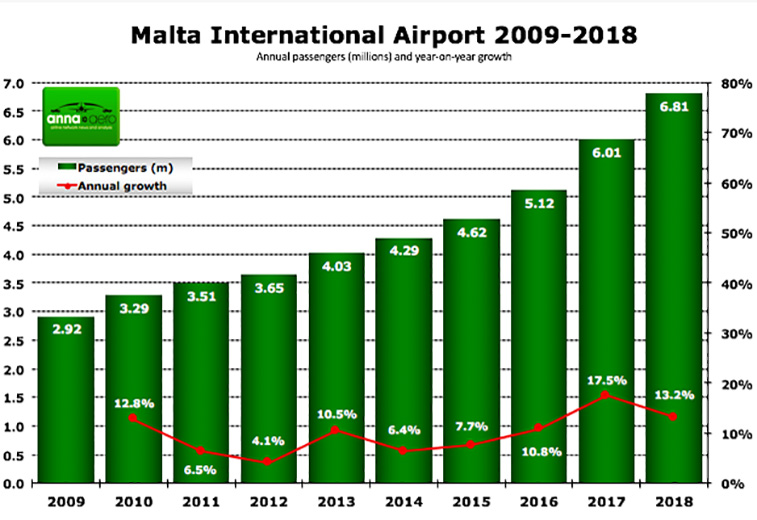 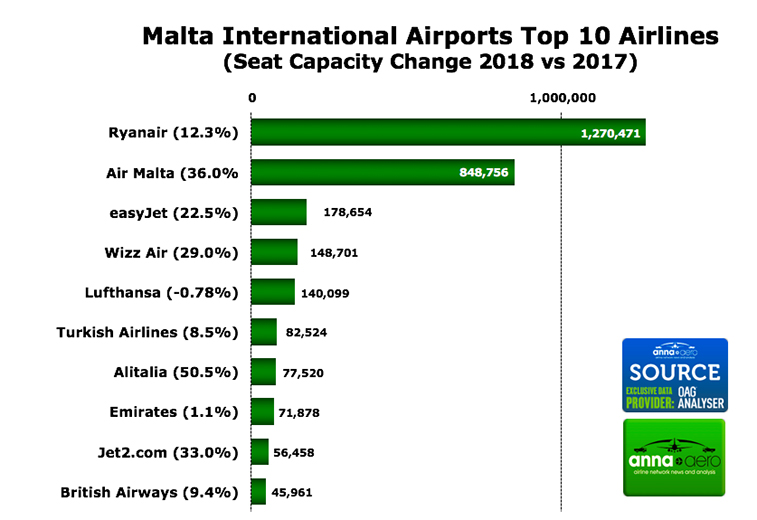 Malta saw 16 new routes in 2018, including to Lisbon and Porto in Portugal – after a 10-year absence. According to OAG Schedules Analyser, Air Malta witnessed growth due to deliveries of A320neos.  Air Malta and Ryanair have fought intensely, and in the first eight months of 2019,LCCs accounted for 51% of total seat capacity at the airport. It is enough to note that while Air Malta has shown more growth in 2018 alone, Ryanair is the clear winner with over 420,000 additional seats. 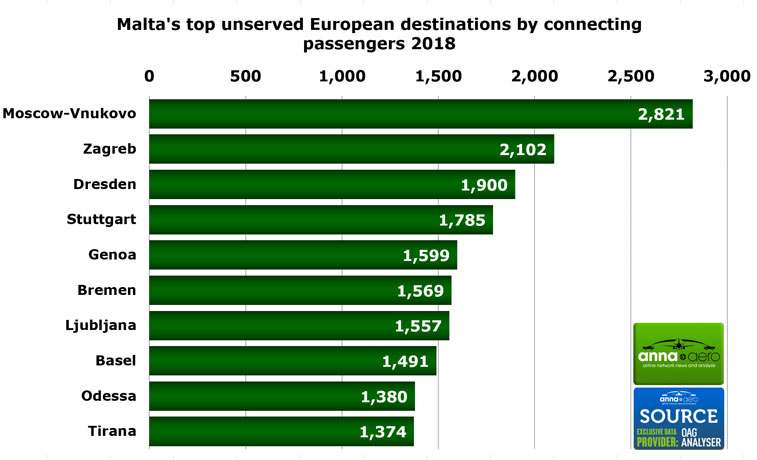 Of the top-10 unserved routes from Malta within Europe and North Africa, the most demanded, by indirect passengers, is Cairo, with 8,000. 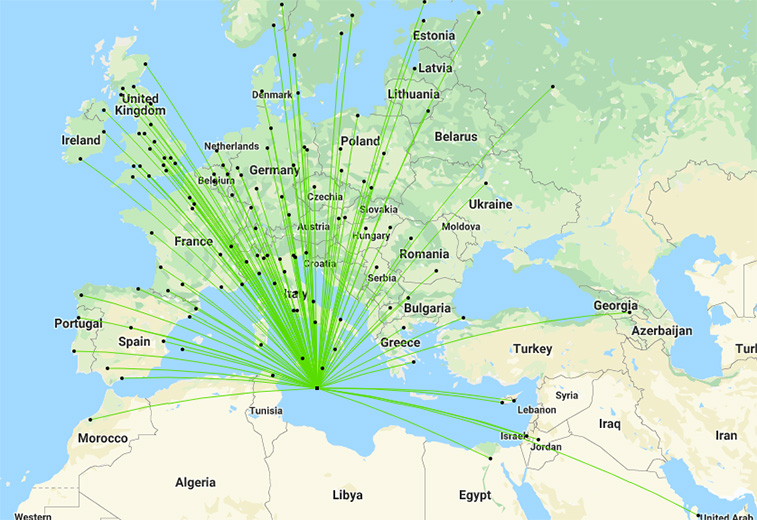 OAG Schedules Analyser shows Malta’s routes to Europe are a major focal point despite close proximity to several North African destinations. 22 of the the airport’s routes come from the UK, with the UK the number-one country market (1.5m total passengers), but only just ahead of Italy (1.3m).