This week, KLM announced a thrice-weekly service from Amsterdam to Austin, Texas. It’ll begin on the 4th May, 2020, and it’ll use the 292-seat A330-300.  Amsterdam was one of several cities targeted with subsidies to offset commercial risk and to encourage service.

Austin has seen a good build-up of European routes in recent years. It currently has three non-stop services. 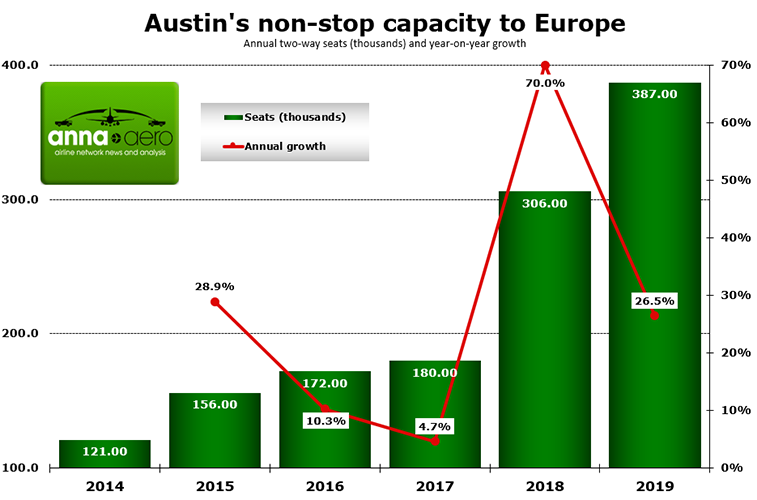 The timings of the new service are:

Behind and beyond Amsterdam

Looking at only behind and beyond Amsterdam, what of two-way online connections?

Based on the 1240 departure being fed by arrivals ~0830-1130 and the 1025 arrival feeding ~1115-1400, there would be a total of 32 airports across Europe with two-way online connectivity. Some in the UK would require backtracking, but have nonetheless been included. 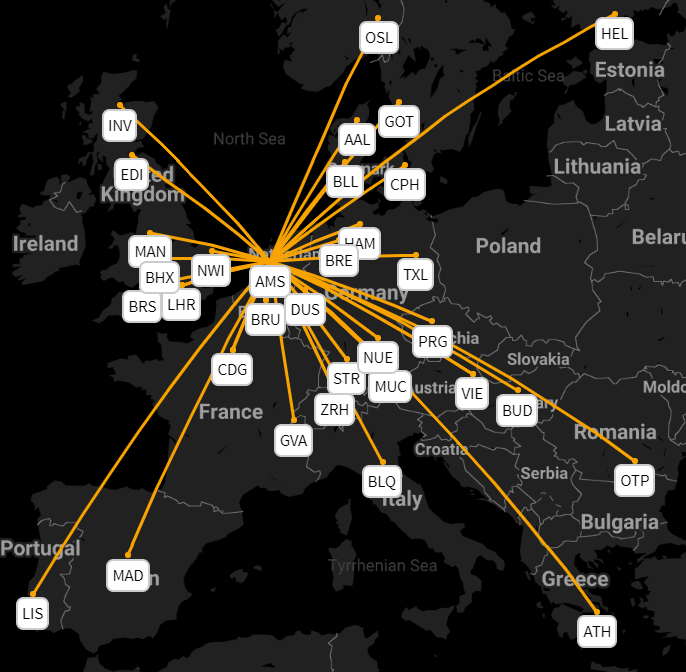 Across only these 32 airports – and Amsterdam itself – passenger traffic grew by one-third in 2018 versus 2014, up 51,000 passengers.  In 2018, indirect passengers from Austin to these 33 accounted for almost eight in ten passengers. Amsterdam itself is small, with an estimated 17,000 in 2018 – before stimulation. 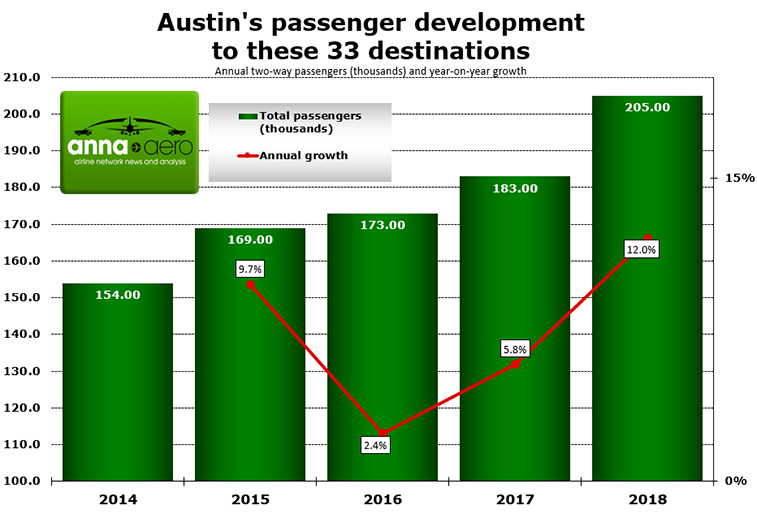 Where next for Austin?