Building on World Routes 2019 in Adelaide, let’s look at the top-20 unserved routes from Australia to Southeast Asia. This is the first in a series of articles that will look at unserved routes across countries or regions.  This is done using indirect passengers, growth rate, and average fare.

Unsurprisingly, Indonesia, Thailand and Vietnam are key. This is further highlighted through country-level data, below. From the popularity of Denpasar-Bali for Australians, Australia-Indonesia has almost 2.5m passengers a year. While indirect passengers account for a strong 570,000, they’re fewer than one-quarter of the total.

In contrast, Vietnam-Australia is relatively underserved, with almost six in ten passengers flying indirectly. With VietJet Air’s 15 coming A321XLRs and assuming  a rough eight-hour radius and singling out just one opportunity, Brisbane-Ho Chi Minh City looks interesting. It is one of the largest unserved markets and it has grown strongly: 15% YOY and a CAGR of 10% since 2014. 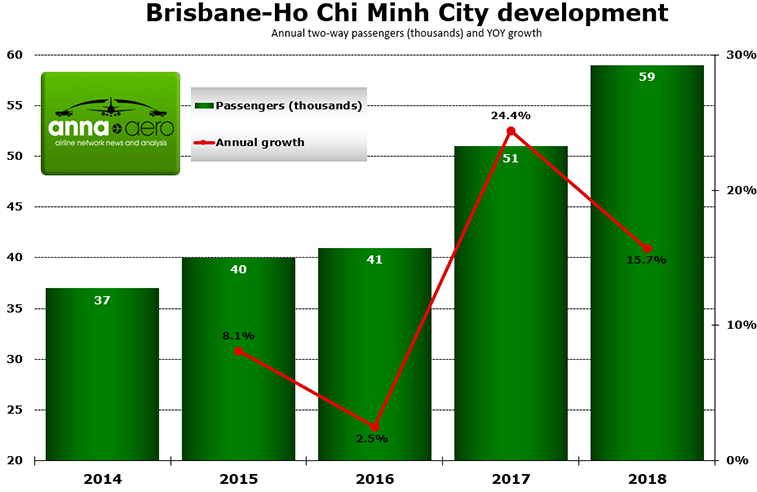 While Brisbane-Ho Chi Minh City has a longer-than-average sector length across these 20 unserved routes, its average one-way fare/mile  – USD0.08 – is slightly above average. 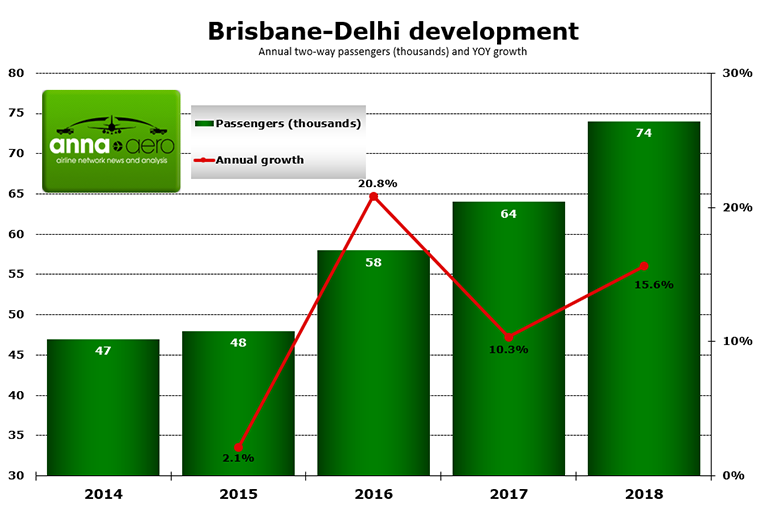 It’ll be very interesting to see if any of these routes materialise.