In S19, Aer Lingus operates 14 routes from North America to Dublin, with all but one to the USA. 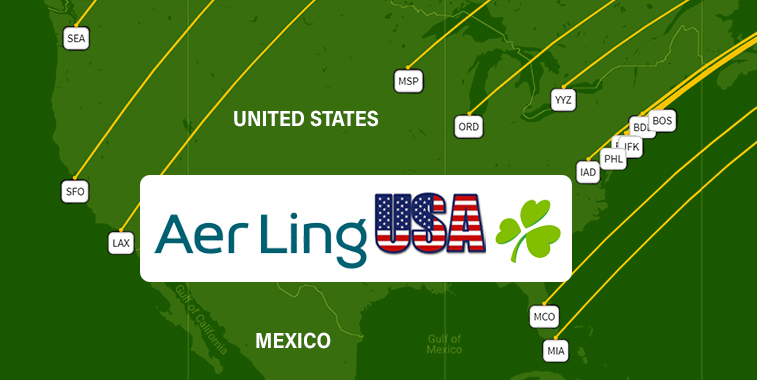 Since 2015, Aer Lingus’ capacity from Dublin to North America has increased by almost 80%, from serving eight destinations in 2015 to 15 this year. Earlier in 2019, IAG said that it expects Aer Lingus to start a new route to North America every year for the next few years, helped by its efficient new A321LRs making thinner long haul routes viable. 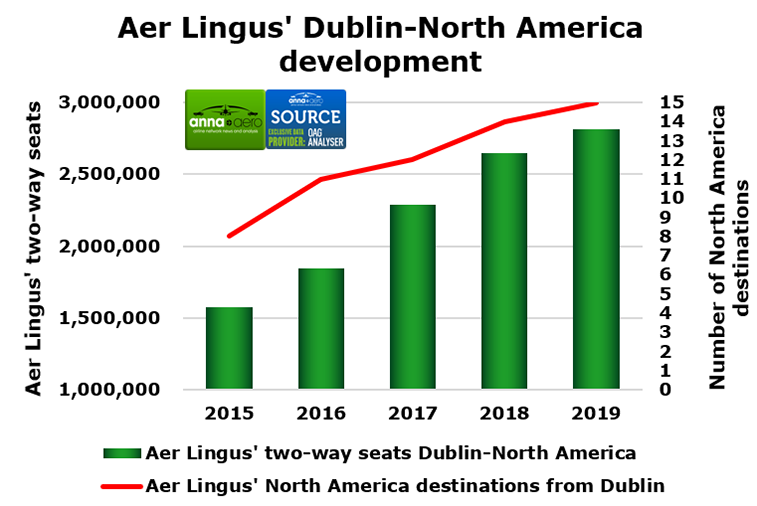 In the past few years, Aer Lingus has started multiple new routes, including Dublin to Hartford (2016), Newark (2016), Seattle (2018), Philadelphia (2018), and Minneapolis (2019).  Montreal was to begin in 2019, but it has been postponed until S20 because of A321LR delivery delays.  This reason was also given to capacity cuts afflicting Philadelphia and Hartford – cities, as we’ll see, that have relatively low unit revenue and % of local passengers, partly from being quite new.

Just 41% of Aer Lingus’ North America passengers from Dublin are local, with more connecting than O&D passengers. This is driven by Aer Lingus’ strong onward connectivity and it capitalising on its geographic position at the edge of Europe.

New York (JFK, anyway), Boston and Chicago – places with strong Irish ancestry – have a large total market size that pushes down local demand on a % basis.

San Francisco stands out.  It is above-average for local passengers, both by percentage (62%) and absolute (86,000). The difference in Aer Lingus’ average estimated local fares to/from Dublin, below, shows that San Francisco is number-one by actual fare. And also per mile, despite being one of the longest. This is partly from stronger premium demand as a result of Dublin being deemed the ‘Silicon Valley of Europe’ and offices in Ireland of numerous US companies, including for tax reasons.  (Note: fares are one-way, local only (for fairer comparability), USD, excl. taxes and fuel surcharges, and averaged across all cabins.)

Toronto also stands out. It has by far the lowest estimated average fare. While only a proxy, the UK CAA shows that UK-Toronto is strongly driven by leisure/VFR, with 85% travelling for these reasons – way above most North American cities. The relatively lower amount of premium demand is bound to be a key reason for its fare underperformance. This wasn’t helped by Ireland-Toronto capacity, across all airlines, increasing by almost 50% since 2015.

After a run of new destinations and once new aircraft are available, which additional cities do you think Aer Lingus will serve in North America?