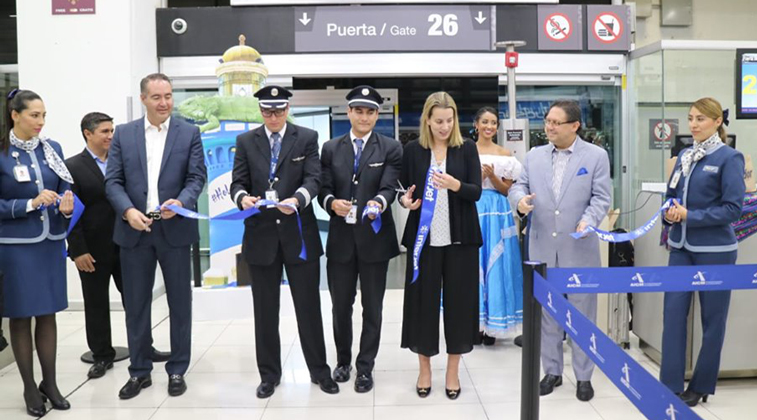 At the ribbon cutting ceremony for Interjet’s new Guayaquil flights with the crew were the Ambassador of Ecuador in Mexico, Enrique Ponce De León; Claudia Ordoñez, Marketing Director of Interjet and Vincent Miró, Director of Interjet Vacations. Ecuador is a new market for Interjet, and is the third South American country to be served by the carrier after Columbia and Peru. 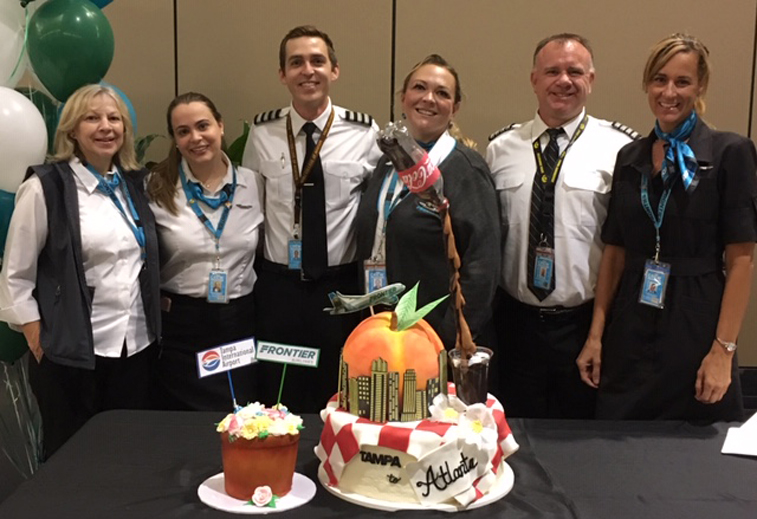 The crew celebrate Frontier Airlines’ inaugural Tampa – Atlanta flight with this artistic two-part cake of the week entry, featuring a Peach as a homage to the “Peach State” of Georgia. A total of four carriers now operate on the route, offering a total of 140 weekly flights. 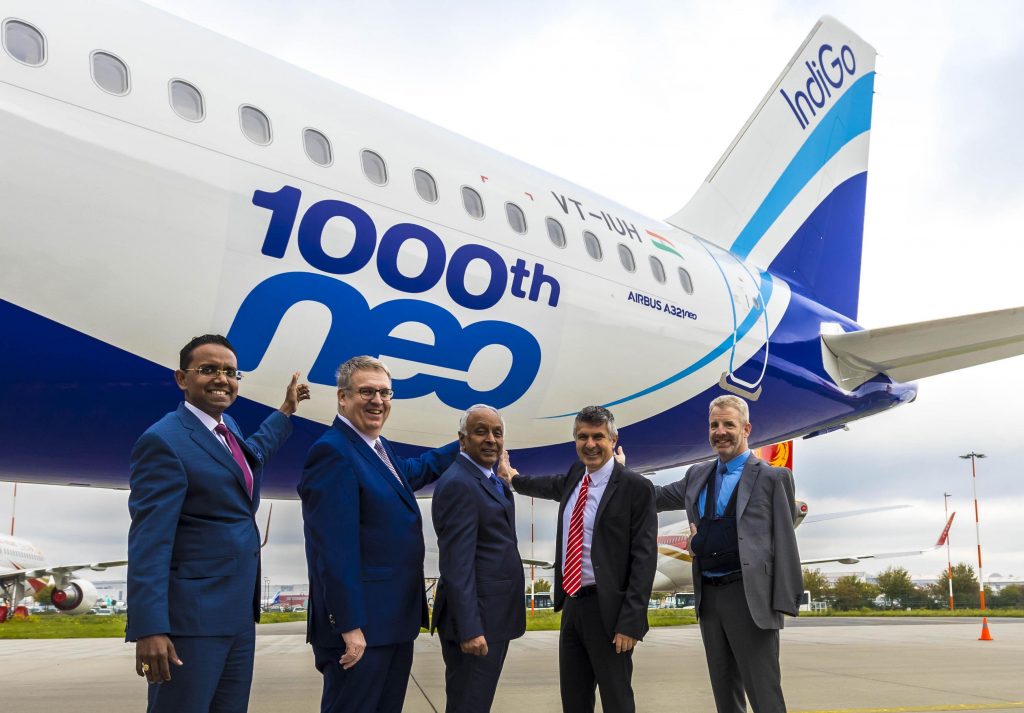 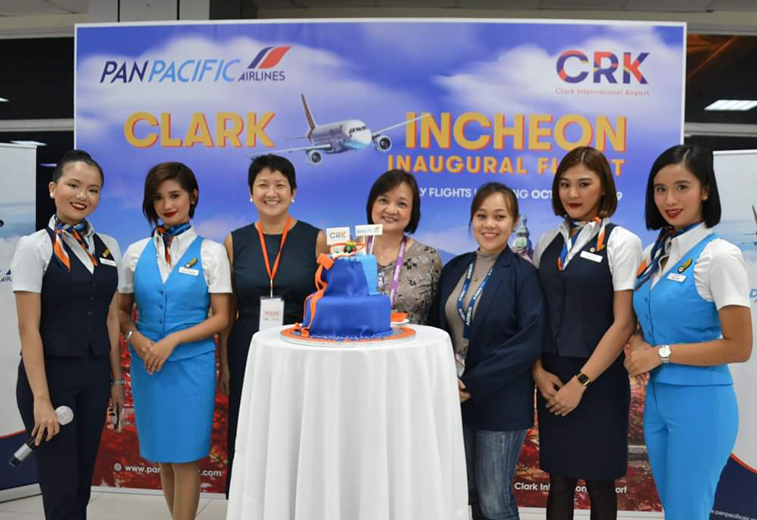