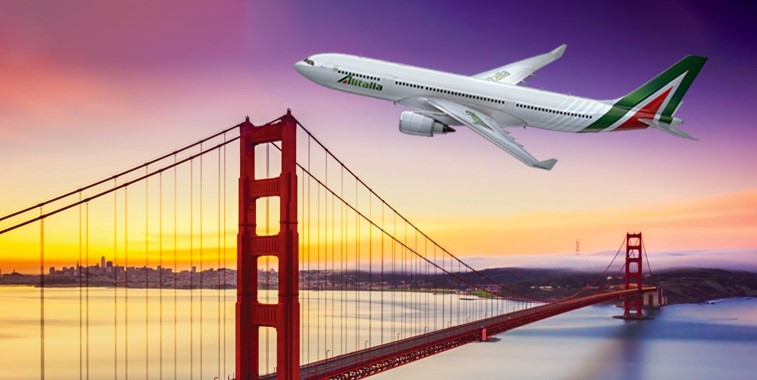 Alitalia is to begin Rome Fiumicino to San Francisco, the second-largest unserved market between the USA and Western Europe. And it has been growing, with a CAGR of 5% since 2015. 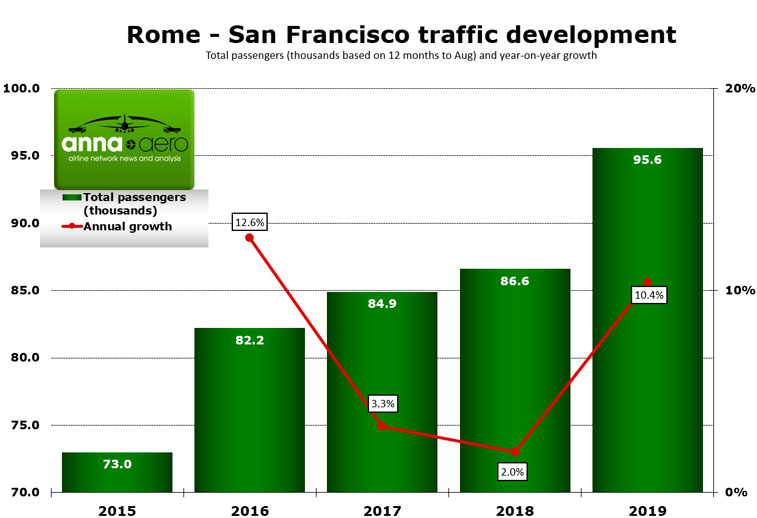 Served three-weekly, this new route will operate between the 1st June and 28th October using a three-class B777-200. It’ll be Alitalia’s seventh city in North America and it’ll be the airline’s fourth-longest route system-wide.

Half of Rome – San Francisco passengers are carried in the months Alitalia will operate. Yet the average fare across these months is about the same as the year-round fare: USD$470* one-way, averaged across all cabins, and excluding taxes and excluding fuel surcharges.

Its timings – a 0915 departure from Fiumicino and a 1215 arrival the next day – falls into key banks, with the following based on a proxy week in August 2019. 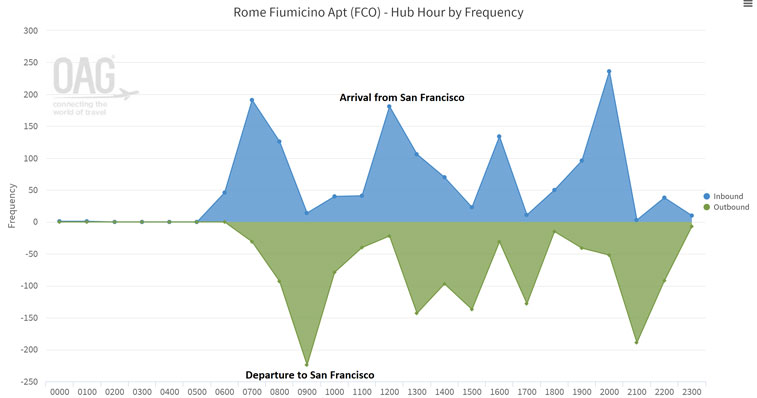 Alitalia’s new service will fall into its key arrival and departure banks at Rome – Fiumicino.

Despite the number of possible connections, 23 airports will be connected on a two-way basis.  Eighteen of these are domestic and most will require a little backtracking. 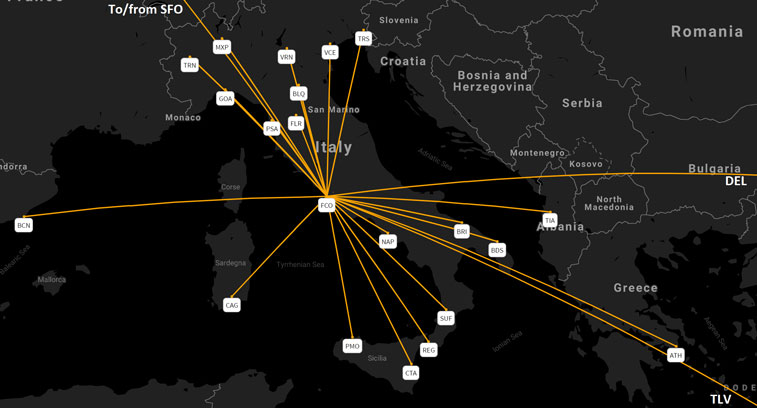 Almost all of the 23 two-way connections are in Italy, a key summer-time destination, with most requiring some backtracking. Delhi and Tel Aviv – good-sized markets from San Francisco – will connect with <two hours on the ground in both directions.