Despite Jet Airways’ end, 39 million seats exist between India and the Gulf

Almost 10 million Indians live in the six countries ­– Bahrain, Kuwait, Oman, Qatar, Saudi Arabia and the UAE – that comprise the Gulf Cooperation Council. Saudi Arabia (4.1 million) and the UAE (2.8 million) are particularly strong. Naturally, this results in very significant P2P demand, as well as sixth freedom traffic over the Gulf hubs in particular. 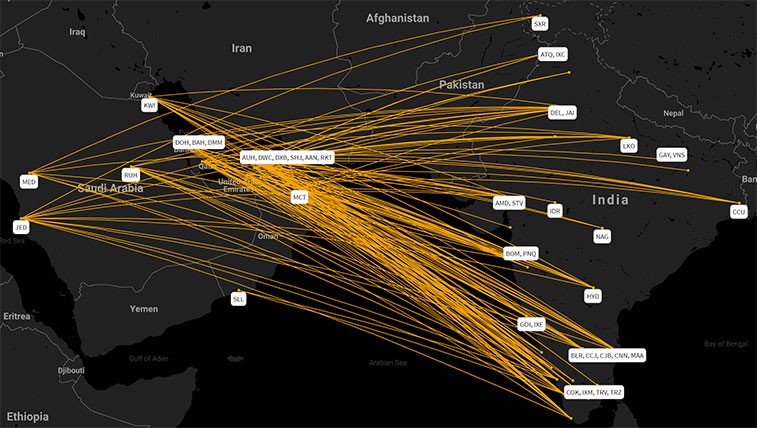 159 routes operate between India and the Gulf, involving 42 airports. The UAE is key, with India served from six airports.

Despite stable capacity growth since 2015, the decline in 2019 over 2018 was from the end of Jet Airways. Jet Airways’ last full year of operating, 2018, saw the airline offer the highest number of frequencies between India and these six countries, at about 74 daily, aided by its use of B737s. 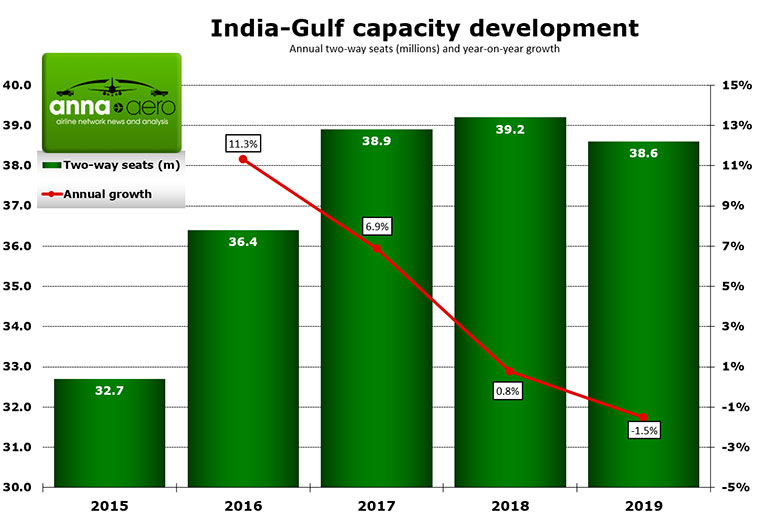 Seat capacity development between the Gulf and India. It declined YOY as a result of Jet Airways’ end. While the UAE, Saudi Arabia, and Qatar all saw capacity cuts in 2019 vs 2018 totalling almost 600,000, Kuwait, Oman and Bahrain saw increases of one million. Source: OAG Schedules Analyser.

The void left by Jet Airways has received particular attention from Indian operators, especially IndiGo, which added 1.2 million seats YOY from 18 new routes. This includes recent additions from Riyadh to Mumbai and Delhi, which enable strong connectivity across India. Meanwhile, both India’s Go Air and Vistara began operating to the Gulf in 2019. 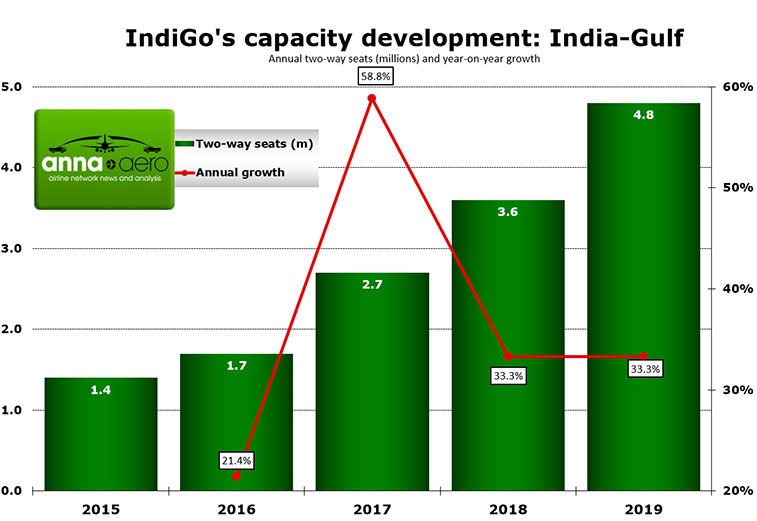 IndiGo, a dominant, profitable and fast-growing Indian airline, has focused on the void left by Jet Airways and has grown rapidly to the Gulf, which is set to continue.

27 Indian and 15 GCC airports are served. Of these, Dubai International is by far the most-served with one-third of all seats. In all, Dubai International has 73 daily frequencies (each way) to 21 Indian cities. The strength of Dubai is partly from Emirates’ sole use of wide-bodies, but it is also from the accumulation of nine operators to India. Unsurprisingly, Dubai is present in 70% of the top 10 routes.

While Emirates is the single largest airline, as shown below, it is not the largest at group level, even when flydubai is included. Instead, Air India and its low-cost subsidiary, Air India Express, is. Air India Express is rarely discussed but operates 25 B737-800s and primarily connects the Southern Indian state of Kerala to the Gulf. 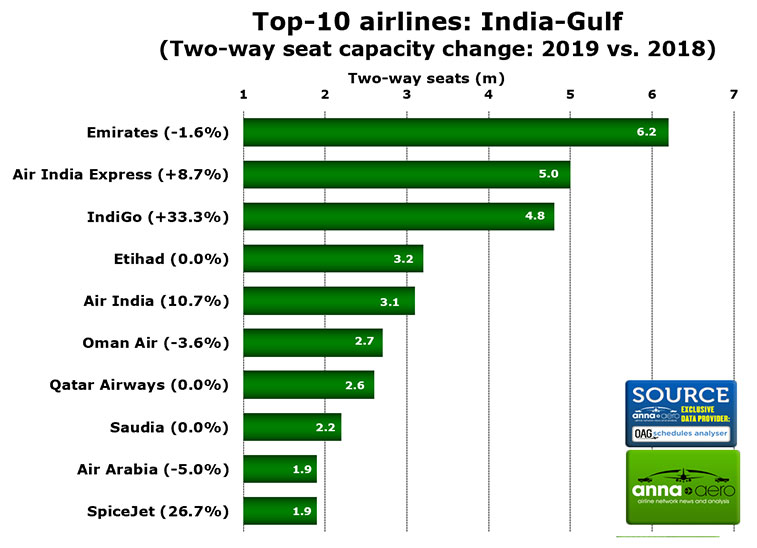 Bilaterals often remain a limitation, but how many years do you think it will be until IndiGo becomes the number-one airline between India and the Gulf? Vote now.

Future articles will look at the sixth freedom operations of key Gulf airlines to and from India, as well key unserved and under-served opportunities – of which there are many.