JetSMART this week announced its first services between Chile and Columbia, starting in December, as well as the delivery of its first A320neo. The Chilean LCC will commence flights from Santiago de Chile to Cali on 20 December, and to Bogotá on 9 January. The Indigo Partners-backed carrier also welcomed its initial A320neo in style on 9 October, performing an in-flight catwalk and fashion show as part of the celebrations. JetSMART also recently announced a three times weekly service from Santiago to Salvador Bahia, which will commence on 27 December. 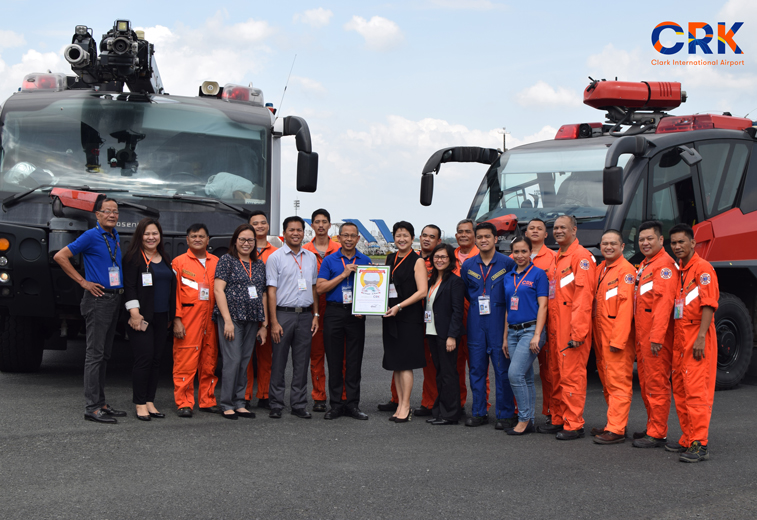 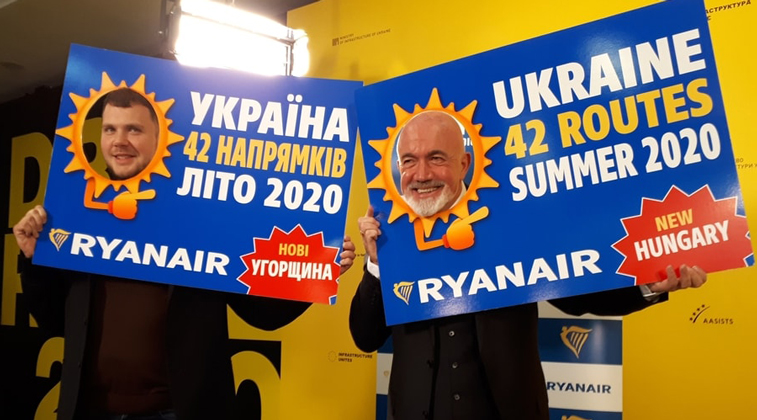 Ryanair has announced 19 new routes from Ukraine for S20, with their schedule from the country now totalling 42 routes. This is a growth of some 33%, with the carrier expecting over one million passengers across the season and two million for 2020. Among these launches is the addition of Kherson, Ryanair’s 5th destination in Ukraine. According to OAG Schedules Analyser, Ryanair will be the third carrier after Turkish Airlines and Ukraine International Airlines to serve Kherson, a small regional airport in southern Ukraine.  David O’Brien, CCO Ryanair said: “Ryanair is delighted to announce even more low fare routes in Ukraine next summer, which will further connect Ukrainians with friends, family and businesses across Europe. Our record S20 schedule will deliver 19 new routes for the summer (3 brand new), which will bring more than 2 million customers p.a. through 5 Ukrainian airports and support over 1,500* jobs.”. 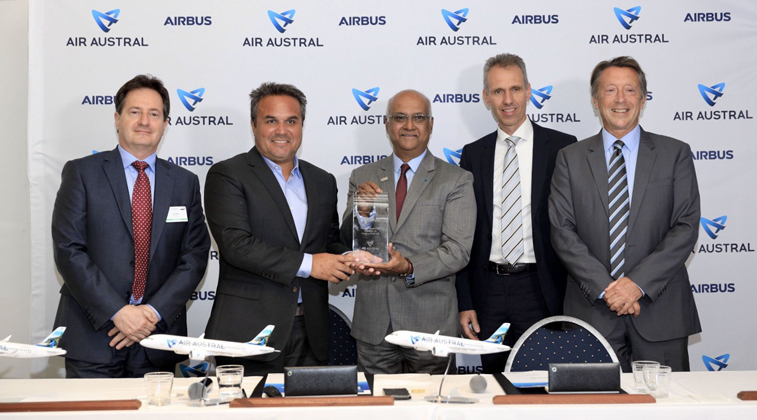 Air Austral this week signed a firm order for three A220-300s. Pictured at the signing (left to right) were Joel Boff, Senior Sales Director Europe at Airbus; Didier Robert, President of Sematra; Marie-Joseph Malé, CEO Air Austral; Kimon Sotiropoulos, SVP Central and Northern Europe, Airbus; and Christopher Buckley, EVP Commercial, Airbus. Malé said of the announcement: “The economic and operational performance of the A220 opens new possibilities for the development of our regional network from our main base – Réunion Island. The 132-seat capacity [option], which is more flexible, will allow us to increase frequencies while offering more comfort.” Rodrigues Island is currently the largest unserved regional route from Réunion, and applying a market stimulation factor suggests five weekly flights are possible. The range of the A220 makes possible destinations as far as Southern India/Sri Lanka, like Colombo, and East African cities, including Addis Ababa. 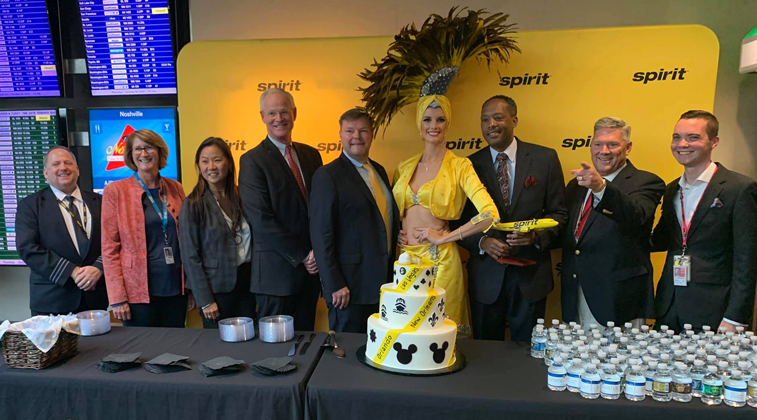 Spirit on 10 October launched based operations from Nashville, and announced five more routes for 2020. The initial flights, to Baltimore/Washington International, Fort Lauderdale, Las Vegas McCarran, Orlando International and New Orleans will all be operated daily. 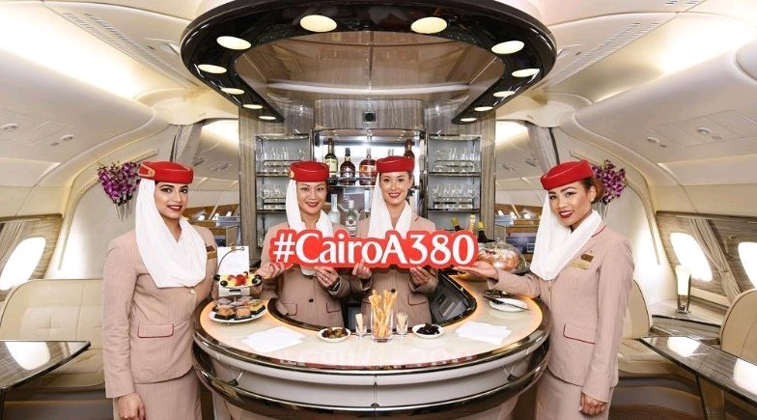 Emirates is preparing to launch regular A380 services to Cairo for the W19 schedule on 27 October, following a recent one-off flight. The Middle Eastern carrier flies the type to every inhabited continent except Central America in W19, with Dubai-Muscat the shortest route at 348 kilometres, and Dubai-Auckland the longest at 14,193 kilometres. The A380 service comes as the airline adds an additional four weekly flights to the existing three times daily service in W19.