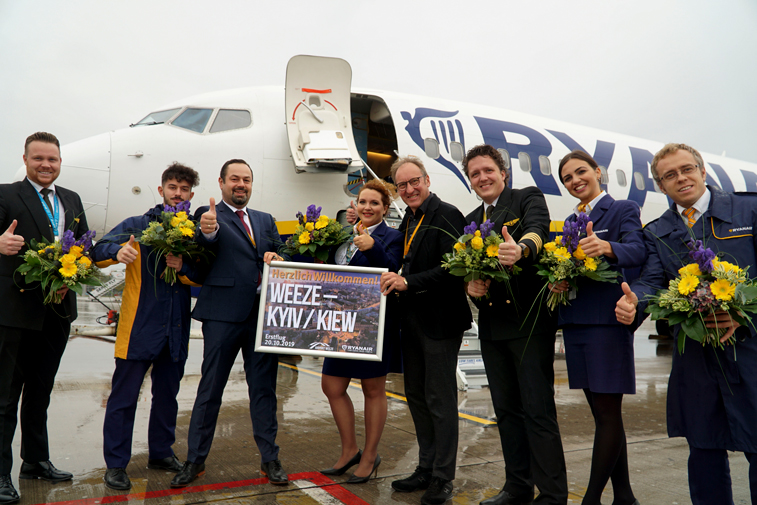 Celebrating the launch of Weeze to Kiev flights with the crew were Vladyslav Yehorov, Consul General of Ukraine and Ludger van Bebber, CEO Düsseldorf Weeze.

Looking at the German – Ukrainian market, average fares are high despite an increasing low-cost presence. 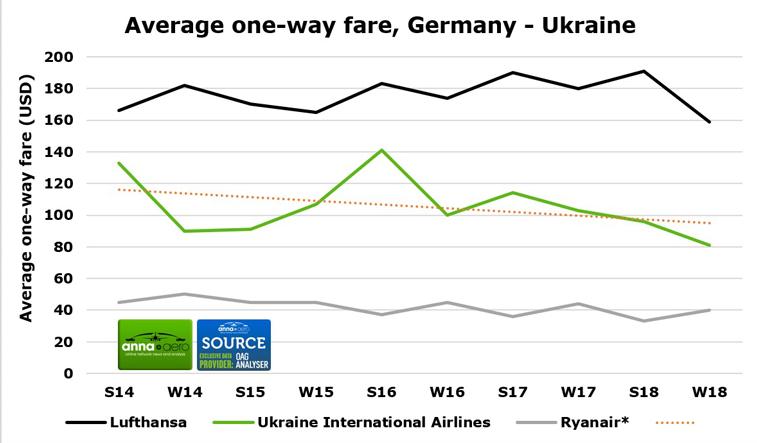 Despite the reasonably short distances, average fares are relatively high between the two countries mainly because it is still dominated by FSCs. In 2019, Lufthansa and UIA have a combined 54% of total seats.  However, UIA in particular has suffered in fare performance, with a five year declining trend from $115 to $95.  This is partly from the growing strength of LCCs, with Ukraine – Germany now led by Wizz Air.  And it is despite increasing fuel costs and economic headwinds.

Although Ryanair does not submit MIDT data to OAG, their system-wide average fares foreshadow the carrier’s likely impact between Düsseldorf and Kiev. In comparison to UIA, it will hold a cost advantage from operating from Weeze.  This, and its well-publicised cost leadership, will enable it to target the most price-sensitive customers who previously flew UIA or travelled by coach.  Its average fare is consistently more than 50% lower than UIA’s, and although this is system-wide we expect notable demand stimulation on the route.