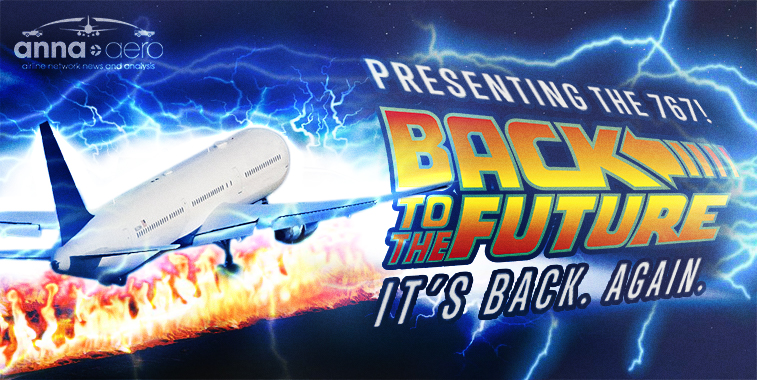 With Airbus seemingly running away in the Middle of the Market with its A321/A330neo, is now the time for Boeing to be developing a clean sheet aircraft, or should it look at its own unsung hero?

If the rumours are true, some in Seattle clearly have reservations over a clean-sheet NMA, and are looking back to the future with their 1980’s answer to the mid-market question: the 767. The type is still in production – addressing the tooling issues which prevented any (however hypothetical) 757 relaunch – and would be a fraction of the cost of a clean-sheet product. Boeing’s last similarly sized clean sheet, the 787, cost an estimated $32 billion to develop, while Airbus’ A330neo re-engining cost just $2 billion. In this two part series, we look at the 767’s main markets: transatlantic, regional Asia and transcontinental. 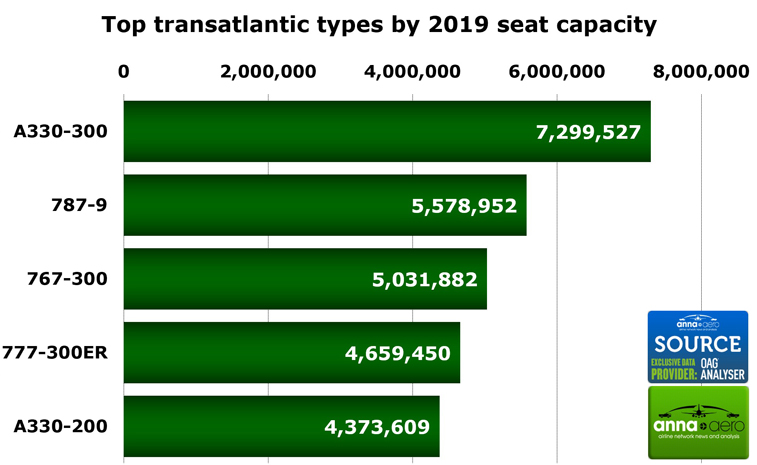 Decades on from its conception as the second-ever wide-body twin-jet, the flexibility of the aircraft explains its dominance of the mid-market. In 2019, four carriers are using the type in new ways, with WestJet and Air Canada Rouge opening new markets or replacing existing types on leisure routes. Meanwhile, United Airlines and Delta have further segmented the lucrative premium transatlantic market, offering four classes of service.

The most recent rebirth for the 767 has been in Economy Plus (Y+) seating, the latest cabin innovation which adds a market segment between Economy and Premium Economy. It offers additional yield generation from customers who may not otherwise have made the jump to the W cabin. At the leisure end, Air Canada Rouge is replacing mainline two-class 767s with a three-class economy offering and no business cabin. 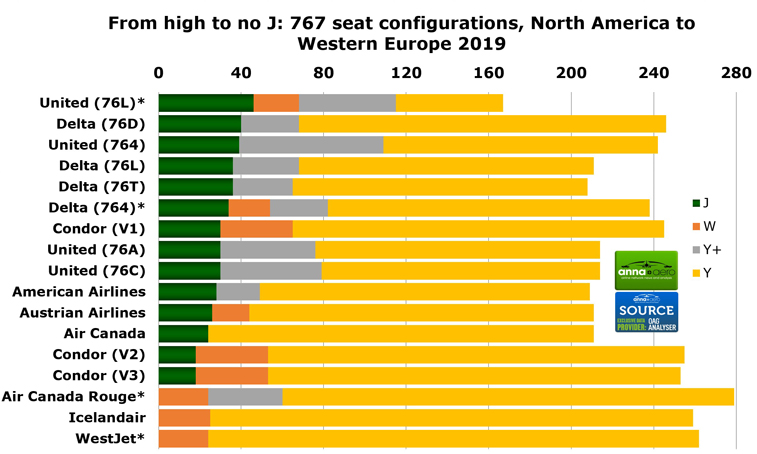 United took it to the other extreme in 2019, adding new Polaris in an 18-row, 46J configuration on their ’76L’ variant of the 767-300, being rolled out on all EWR-LHR services and soon ORD-LHR. Between this, their new Premium Economy and Economy Plus product, nearly 70% of all seats on the aircraft are premium options. Similarly, Delta added their new Delta One open suites, premium economy and economy plus on their 767-400s.

All this segmentation is possible because the ‘right-sized’ 767 can be filled on either thinner leisure routes that Air Canada and WestJet serve, or premium services that demand high frequencies, and multiple-tailored product offerings.