Salvador soars internationally, with 2018 its record year to date

Brazilian aviation is still suffering from the aftermath of the 2015 political upheaval and the economic problems that resulted.  In 2016, domestic capacity fell 12% YOY and average fares reduced by 23%. While Brazil’s domestic capacity is up by four million seats in 2019 over 2016, it’s still down by 8% over 2015. Brazil has lost almost ten years of growth – offering even stronger opportunities going forward. 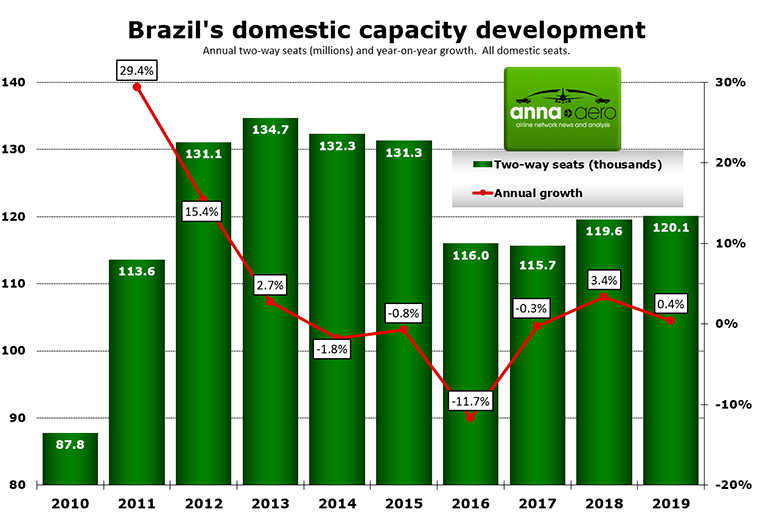 A view of Porto da Barra beach, chosen by The Guardian as one of the world’s best beaches.

Mascarenhas added: “The area’s strong industrial and economic performance sets Salvador apart from other sun and beach destinations globally, as our outbound demand has a high propensity to travel.”

Brazil’s turmoil saw domestic airlines focus more on hub operations rather than P2P routes. It was a risk-reduction strategy. Sao Paulo, the country’s main city, bucked the capacity trend: from airlines refocusing on hubs, the city’s capacity grew 6% in 2019 over 2015. SSA has a large concentration of hub services, at 83% in October 2019, highlighting its relative lack of P2P routes. But it is down from 86% in 2018.

This is something that Mascarenhas is keen to further remedy. “We expect the coming years to be fuelled by regional growth and new services that bypass hubs to serve high-demand P2P markets across the country.”  OAG Traffic Analyser shows that SSA’s top-five domestic destinations by indirect passengers are:

2018 was SSA’s leading year for international traffic: inbound totalled 580,000 passengers and outbound 285,000.  Yet there is still much potential.  “For international airlines, SSA offers a highly elastic passengers-per-seat stimulation and dynamic demand, with a +25% YOY international demand growth with only +7% growth in international capacity.”

Santiago, Chile, was Brazil’s largest unserved market within South America – with 61,000 indirect passengers.  This was until Chile’s SKY Airline and, soon thereafter, JetSMART both announced it – with both to start in December.  Now, OAG Traffic Analyser shows that its top-five unserved markets are:

Salvador Bahia gears up for the future

The first stage of SSA’s large expansion opens on the 31st October.  This sees many developments, including capacity increasing to 15 mppa from a new pier; seven additional stands; and enhanced retail, food and comfort provisions. 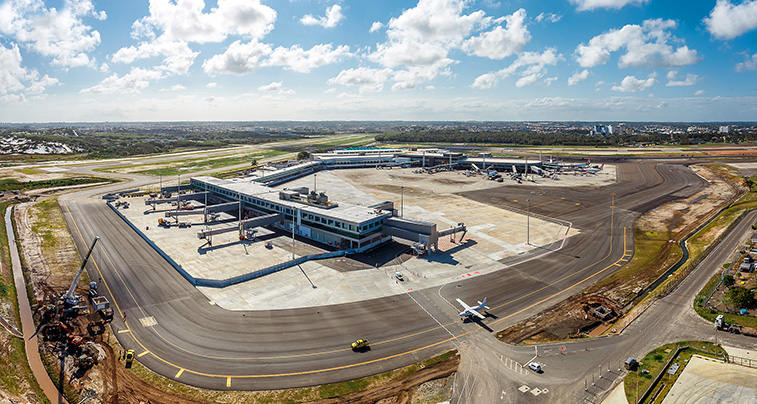 Mascarenhas concludes that “despite the concentration of hub-feeders, high load factors (84%) and high yields (USD 9 cents/km), our market offers a top opportunity for any new entrant airline.”  And, at the same time, “Brazil is the world’s largest domestic market without ULCCs!”