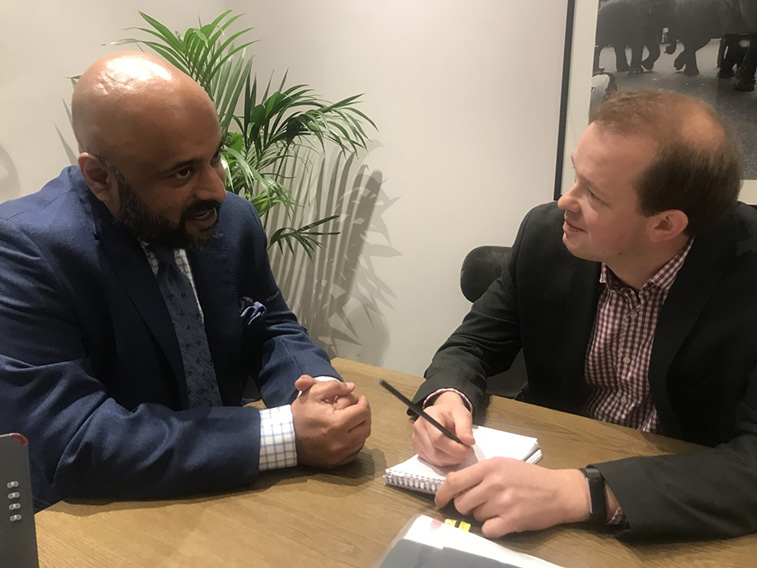 Jazeera Airways’ CEO, Rohit Ramachandran, is clear. “We have always had to compete on an uneven playing field.  We aren’t like the government-owned big boys who don’t have P&L pressure.”

Since 2015, London – Kuwait has grown to nearly 400,000 P2P passengers – with a strong CAGR of 7%. Interestingly, the UK CAA shows that 81% of the market is for VFR and leisure.  “We have strong links… there are lots of Kuwaiti students in the UK,” said Ramachandran. 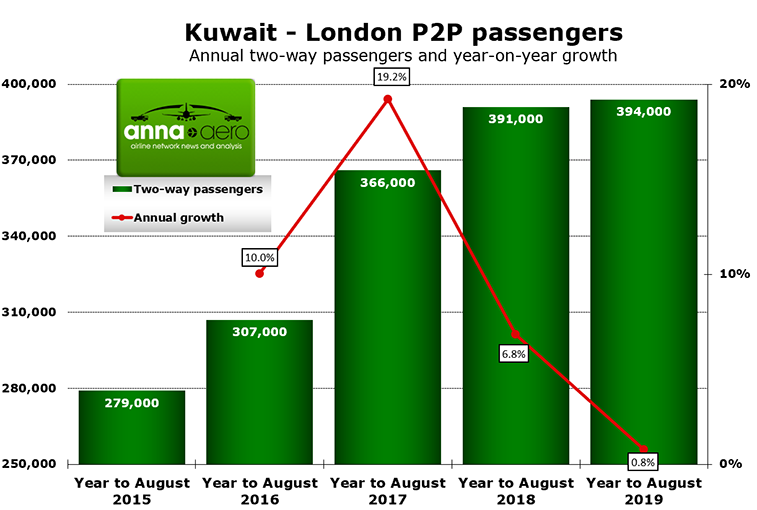 Kuwait – London P2P passengers have grown well in the past five years, with a CAGR of 7%. Source: OAG Traffic Analyser.

It is these and those travelling to Saudi Arabia for religious purposes, among others, that Jazeera targets.  “Our average economy fare will be around 25% less than existing non-stops.”

Premium economy only on London from payload restriction

Jazeera’s Kuwait – London will have three classes: economy, premium economy and a simple business class (akin to business class within Europe).  “Our business return will be less than half, at an average of around £850 return.”

Its new premium economy – involving a guaranteed free middle seat and an extra inch of legroom – was borne out of necessity. “We would have a payload restriction to London, so we decided to monetise this disadvantage.” Less weight, more revenue, especially important on a long sector.

London is an experiment.  “We want to see its performance and how it matures before serving anywhere else in Europe,” said Ramachandran, sensibly.  Manchester was mentioned as a future possibility.  It has about 30,000 P2P passengers before stimulation and is currently unserved.

By the end of 2020, Jazeera expects to have 16 A320s, both ceos and neos.  Network growth will revolve around Saudi Arabia, the Indian Subcontinent, Iran and Central Asia.  The latter builds on its new service to Osh, Kyrgyzstan. 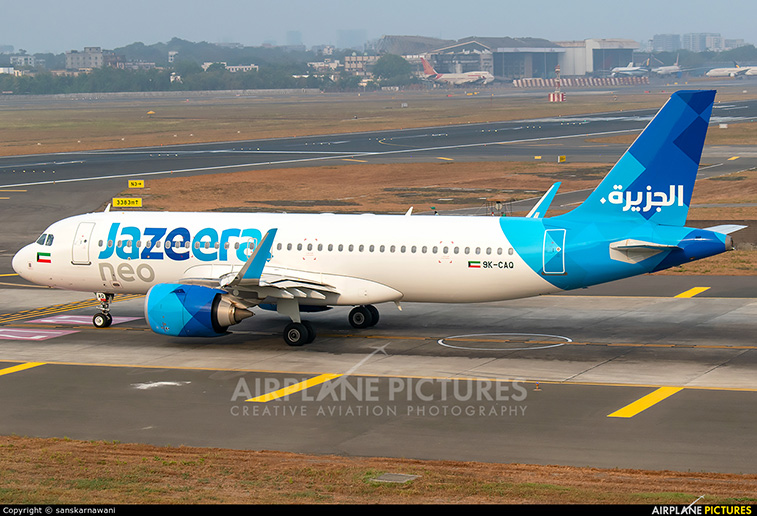 Saudi Arabia is an important country for Jazeera. “But we are far smaller there than we should be.  We expect to serve nine cities there in the next two years.”  Dammam and Abha are coming, with Abha currently unserved (10,000 indirect passengers).

Jazeera is hampered by bilateral restrictions.  “India has been a sticking point for a long time,” Ramachandran stated.  It’s not hard to see why.  Despite nearly one million Indians in Kuwait, the last Air Service Agreement was signed in 2007 and is limited to 12,000 seats. As such, 55% of people connect.

Pakistan is similar, “but not as extreme.”  But Ramachandran is hopeful.  “Their renegotiation is long overdue and they’re being reviewed in the next couple of months.”

Jazeera is small but strong

“Despite being small, we pay USD20-30 million in dividends every year and we have zero debt,” said Ramachandran. Not many in the Middle East can say that.  Nor can many – any – say they have their own terminal, with all revenue going straight to the airline’s bottom line.