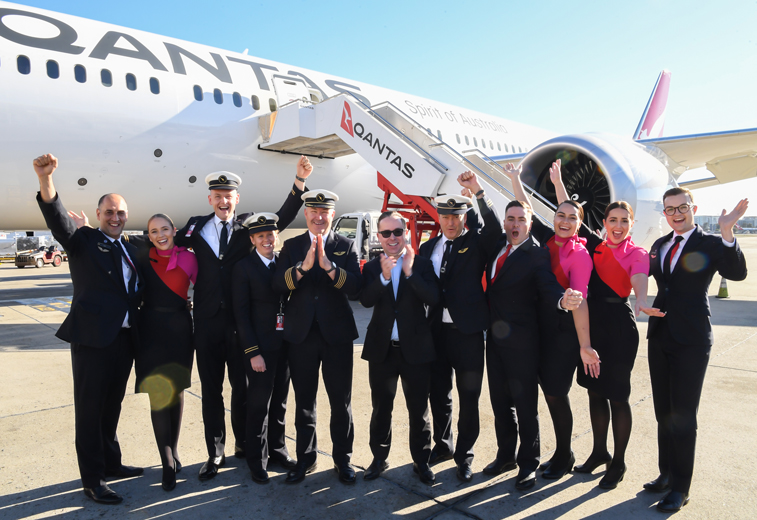 Qantas CEO Alan Joyce and the crew celebrate the successful conclusion of a 19 hour, 16,200km test flight between New York JFK and Sydney. The flight aimed to examine the effects of ultra-long haul travel on passengers and crew, and studied the effects of different types of food, sleep patterns and exercises on a select group of journalists and frequent flyers. Two more flights will take place this year, including a direct London to Sydney operation as part of assessing the viability of “Project Sunrise”, its aim to launch non-stop scheduled flights on the routes above by 2023. Incidentally, the last direct flight between London and Sydney was 30 years ago, as a delivery flight for Qantas’ first 747-400, the last Rolls-Royce example of which retired this weekend as the 787 replaced it. At the time of writing, Airbus is pitching a new 319-tonne MTOW variant of the A350-1000 as its Project Sunrise candidate, whilst Boeing is rumoured to be offering the 777-8X. 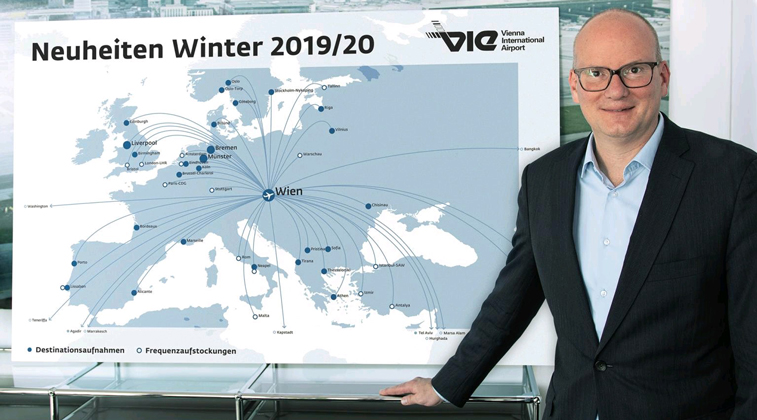 Vienna Airport announced its winter schedule this week, including a total of 30 new destinations. These include Liverpool (operated by Lauda on Mondays and Fridays), Münster (op by Lauda, four weekly flights) and Bremen (Wizz Air, five weekly flights).  Julian Jäger, Joint CEO and COO of Vienna Airport (pictured) said of the news: “This winter season features more flight offerings than ever before. In terms of long-haul routes, Washington and Cape Town can be reached more often, Thai Airways operates daily flights to Bangkok and there are also new direct flights from Vienna to Liverpool, Münster and Bremen. We expect a new record passenger volume of more than 31 million passengers at Vienna Airport for the full year 2019”. 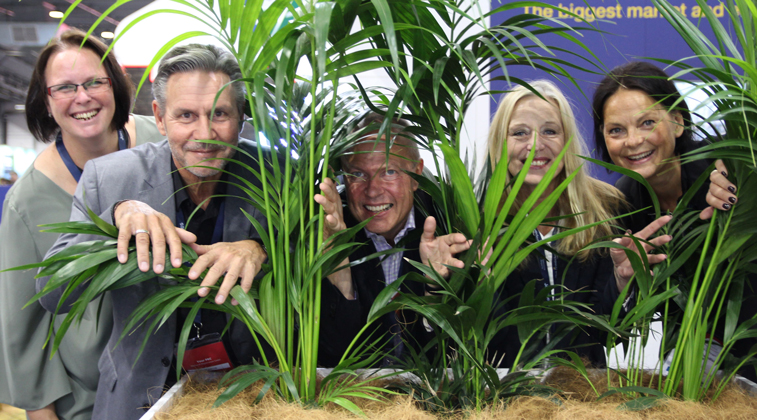 Eurowings is expanding at Gothenburg Landvetter Airport with a new non-stop to Germany’s second-largest city, Hamburg. The German hybrid will begin a six-times-weekly service on 29th March 2020, and will be the second airline to serve it after Czech Airlines.
International traffic at Gothenburg Landvetter continues to grow, and passenger volumes in September saw a 3% increase compared to last year. Hamburg and Germany in general have become increasingly attractive in recent years, with passenger traffic between Gothenburg and Hamburg doubling since 2016. Germany is the second largest market for incoming visitors to the Gothenburg region calculated in the number of guest-nights. This comes as Gothenburg Landvetter recently announced another German connection for 2020, with Braathens Regional Airlines set to commence Berlin Tegel flights in March.
Eurowings also announced more expansion in its S20 schedule this week, with new Cologne Bonn flights to Málaga, as well as services from Düsseldorf to Gdansk, Santorini, Sofia and Verona.
PICTURE: The team from Swedavia go green with anna.aero back at World Routes, as the airport operator goes carbon neutral for all airport-run operations from 2020. 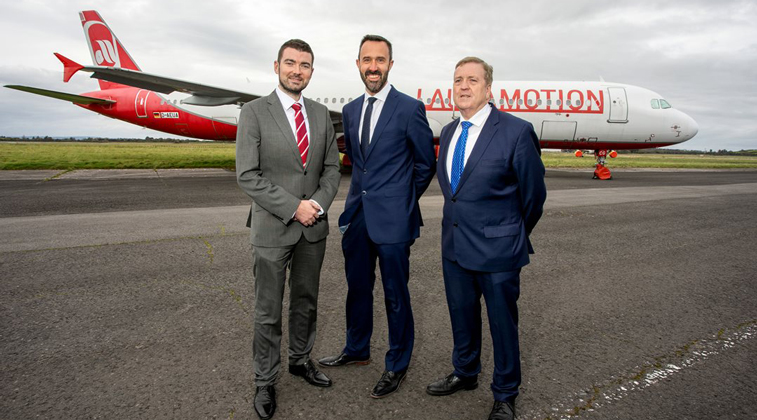 Lauda has announced twice weekly services from Vienna to Shannon. The previously unserved route, commencing in March 2020, will be operated on Wednesdays and Fridays. “This is very positive news for Shannon as not alone do we get a scheduled service to one of Europe’s most visited cities and a strong inbound market for tourists to Ireland, but we are also getting a new carrier on the runway here as well. We have been working closely with Lauda and their parent Ryanair, to deliver this service and are looking forward to the airline commencing operation in the New Year,” said Andrew Murphy, Managing Director, Shannon Airport”. 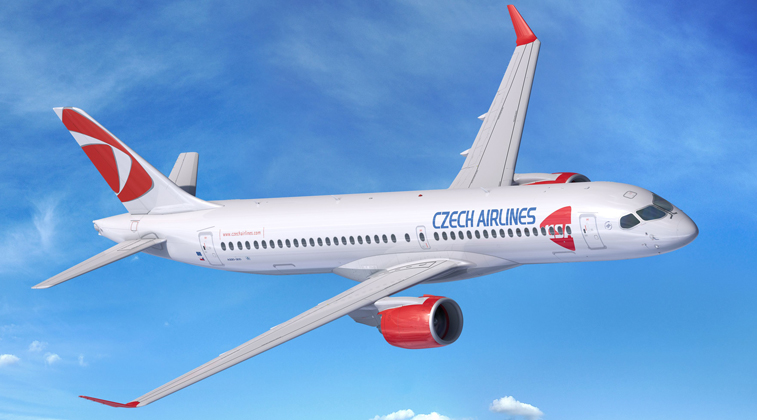 Czech Airlines has ordered four Airbus A220-300 aircraft and opted for additional range by increasing a previous order for three A320neos to A321XLRs. The A220-300 will be fitted with 149 seats, while the A321XLR will have a 195-seat, two-class layout optimised for long-haul.
“The A220 and A321XLR fit well with our long-term business strategy in terms of network expansion. These aircraft will definitely give Czech Airlines a competitive advantage, and will increase the capacity of our regular flights. I believe that this step will be appreciated by our passengers, as the aircraft offer best in class comfort even during long haul flights thanks to a brand new cabin configuration,” said Petr Kudela, Chairman of the Board of Czech Airlines. 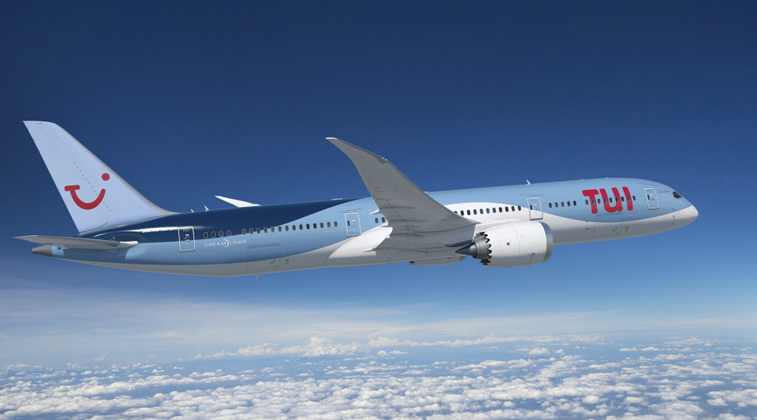 TUI UK has announced significant growth in its UK regional offering with the launch of its S20 schedule, as a response to the collapse of Thomas Cook. These include 440,000 extra seats from Manchester, 266,000 from Bristol, 194,000 from Birmingham and 100,000 from Newcastle. Tom Screen, Aviation Director at Birmingham Airport, said: “We are delighted that TUI has added even more capacity and two new routes to its portfolio from Birmingham Airport during summer 2020.  These new routes by TUI means that Midlanders have over 40 direct destinations to choose from with the UK’s largest holiday company…we are pleased to be able to work with them on this exciting expansion”. 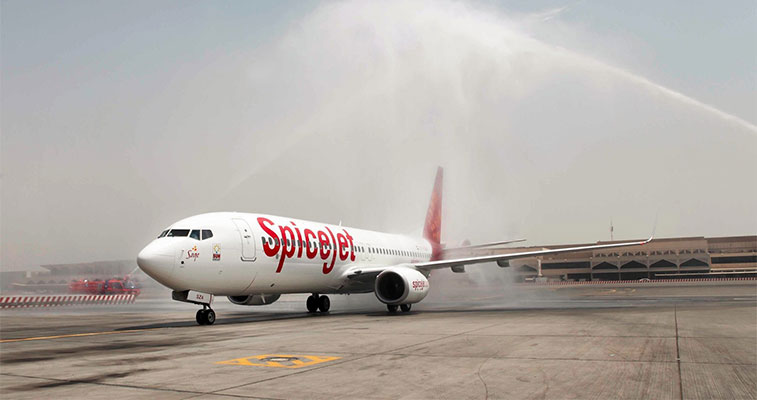 India’s SpiceJet has said that it will create a hub at Ras Al Khaimah, UAE, partly to operate between India and Europe. To do this, it’ll create a brand-new airline with a separate AOC, and it has reportedly begun the licensing process. SpiceJet says that it’ll have four aircraft based there soon and operate them to destinations six-to-seven hours away. SpiceJet’s Managing Director and Chairman, Ajay Singh, said that Ras Al Khaimah – which has seen various airlines attempt to operate there – has “tremendous potential” with “a lot of space for growth.” It’ll be interesting to see what develops, and whether it’s sustainable. 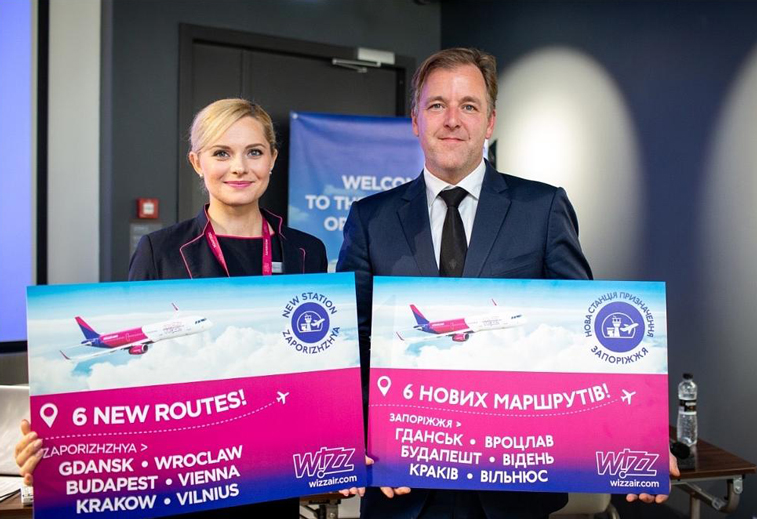 Wizz AIr announced flights to Zaporizhzhya, Ukraine, from six cities this week. The airport has seen a 28% increase in passenger traffic in the year to date, and is set to open a new passenger terminal by the end of the year. It is Wizz Air’s fifth destination in Ukraine. 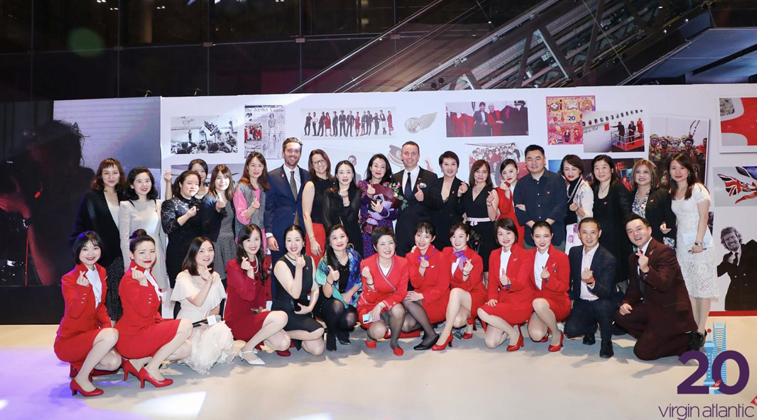 Virgin Atlantic celebrated 20 years of its London Heathrow – Shanghai route this week, and announced a joint venture with China Eastern and Air France-KLM. The carrier recently launched a campaign to reform UK slot allocation rules as part of Heathrow’s third runway project, and took the bold step of announcing which routes it would serve if it had the available slot capacity. These include unserved regional and international destinations such as Liverpool, Panama City and Kolkata.