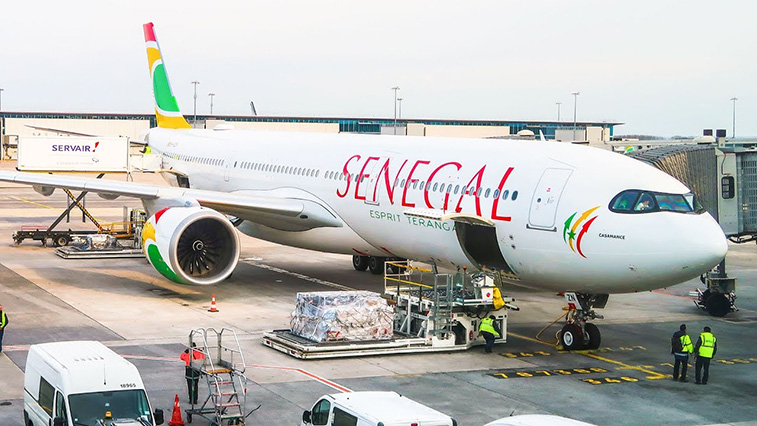 Air Senegal received its first A330neo earlier in 2019. It is used to Paris and often to Abidjan. The airline’s coming Marseille via Barcelona service will also use the A330neo.

Air Senegal began operating in May 2018.  This followed the 2016 collapse of debt-laden Senegal Airlines, whose creation followed the cessation of Air Senegal International in 2009.

Air Senegal appears to be trying to do things differently:

Air Senegal’s new international routes for W19 are below. One-stop services are a key feature of the airline’s network – like many airlines in Africa  – and it’ll have 5th freedom rights on them all, with the exception of its new Dakar – Marseille – Barcelona – Dakar service. Air Senegal’s network, based on January 2020, is shown in the map that follows. 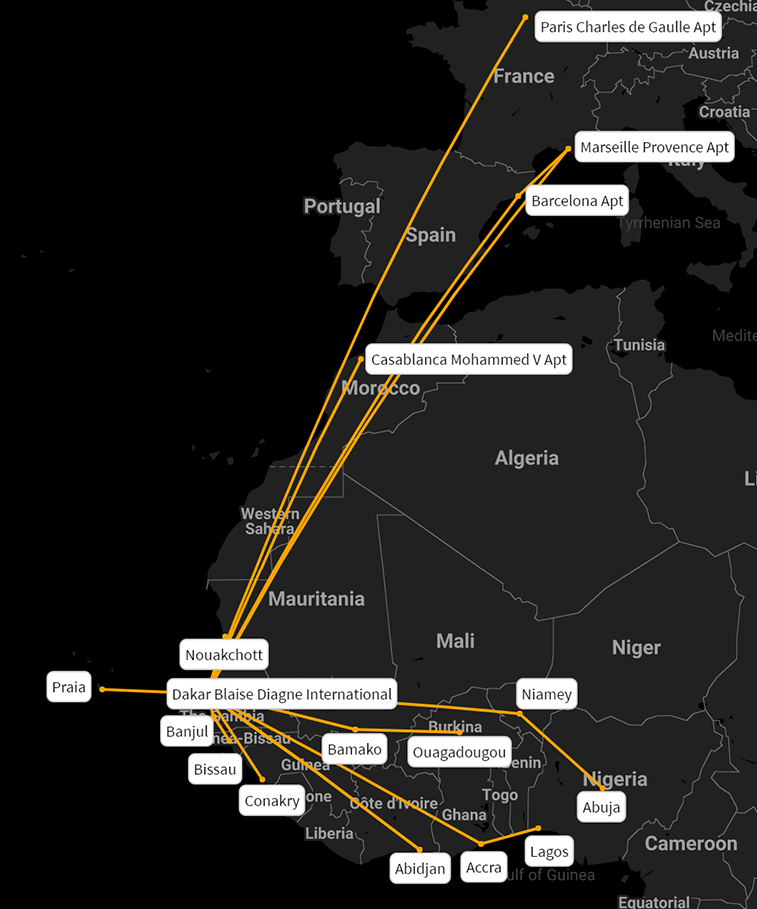 It now realises the importance of connections

Air Senegal previously focused entirely on P2P operations, with schedules to match. Significantly, and to aid connectivity in Africa, it has redesigned its schedules for both P2P and connections to ensure a good balance of both. Eventually, Air Senegal expects 34% of its passengers to connect over Dakar, both within Africa and to/from Europe. Cape Verde Airlines, among others, is increasing pursuing a hub strategy.

The following bank structure shows Air Senegal’s two primary waves. The other periods generally reflect domestic services or those, such as Praia, Cape Verde, that aren’t (yet?) coordinated for two-way connectivity. For example, while Royal Air Maroc is a major player, Air Senegal’s new Casablanca service will cater to P2P demand to Dakar (106,000 passengers) as well as enable two-way connectivity to Abidjan (86,000), Bamako (50,000), Banjul (8,000), Bissau (4,000), Conakry (44,000) and Ouagadougou (15,000). 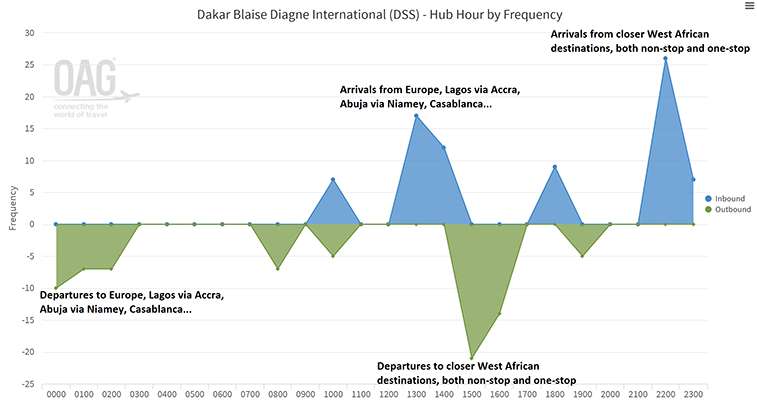 Air Senegal’s two waves are clear, with the other arrivals/departures involving domestic services or those without two-way connectivity (yet?). Source: OAG’s Schedules Analyser.

Air Senegal is reportedly interested in serving Washington following South African Airways ending its Johannesburg – Dakar – Washington service. In the past 12 months, about 225,000 people flew from Washington to African cities served or announced by Air Senegal. If the airline – or the Senegalese government – insist on Washington, it might be best to have a split schedule that combines feeding and being fed by both of the waves depending on the day.

No doubt Air Senegal is trying hard to be different and better than its predecessors, and its network and hub focus appear sensible. The introduction of the further narrow-bodies will clearly offer more opportunities and it’ll be very interesting to see what other destinations it announces. And, indeed, whether it learns from past mistakes.