Laudamotion has started begun W19 numerous brand-new routes.  This winter, it will have 2.6 million seats across the season, up 60% on W18. With such growth, its increasing presence in the Ryanair Group as an A320 testbed, and the group’s 737MAXs still on the ground in Seattle, could a large Airbus NEO order be on the horizon? Read on for this week’s launch highlights, and vote in our poll at the end. 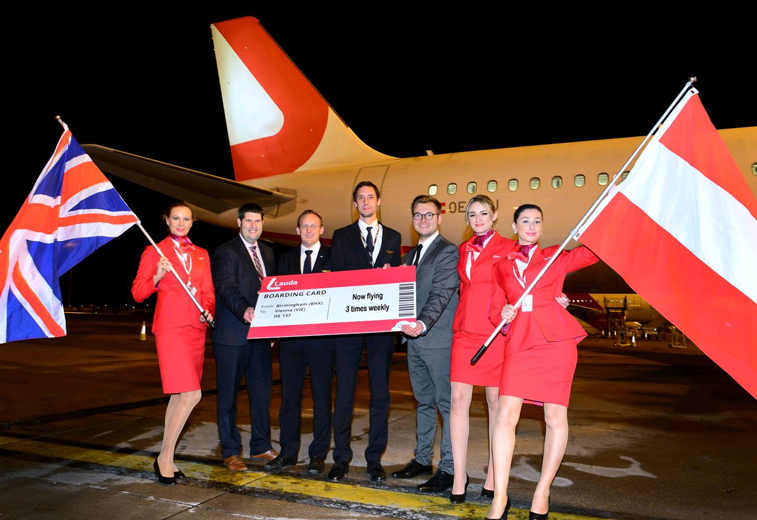 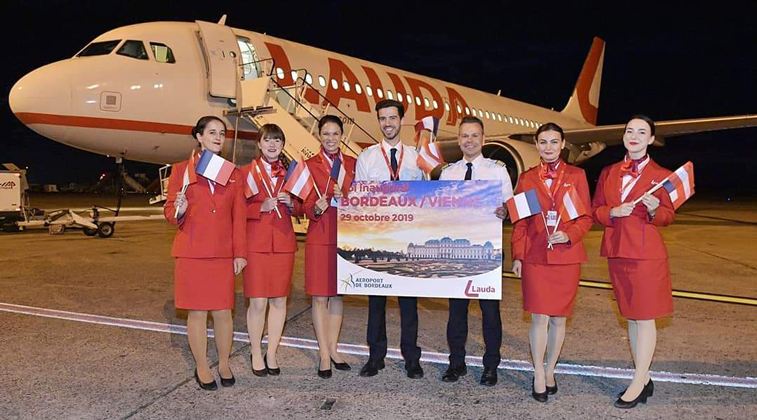 Bordeaux is now connected three times a week from Vienna. The route will be operated on Tusedays, Thursdays and Saturdays. 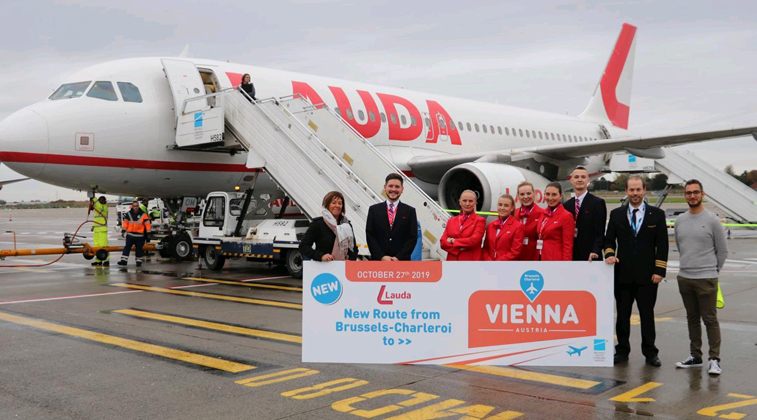 Laudamotion also added Brussels South Charleroi to its portfolio with a six-times-weekly service. 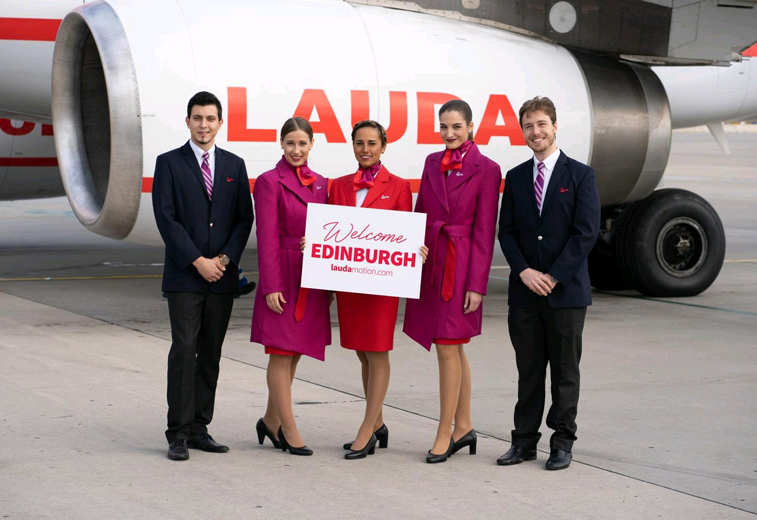 Edinburgh Airport welcomed a new carrier in Laudamotion’s inaugural service to Vienna. The carrier will serve the Scottish and Austrian capitals three times a week on Tuesdays, Thursdays and Sundays until 26 March 2020. Gordon Dewar, CEO Edinburgh Airport, said: “We’re bringing yet more choice to our passengers and offering them a variety of ways to get to Vienna, which is one of the world’s most stunning cities, offering everything from skiing holidays, romantic weekends and historical sightseeing. We’re also delighted to welcome Laudamotion as our latest airline partner and look forward to working with them to make this new service a success.” According to OAG Schedules Analyser, easyJet also operates the route with a three-times-weekly service. 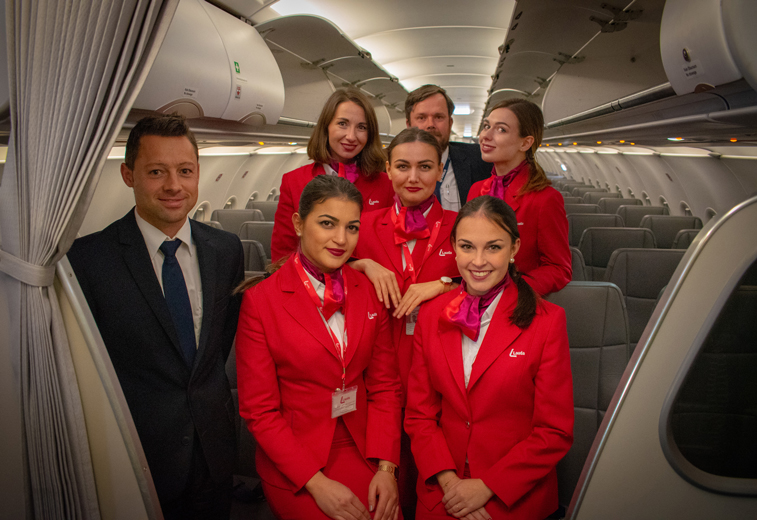 Liverpool John Lennon Airport welcomed twice weekly Laudamotion flights this week, starting 28 October. Paul Winfield, Director of Aviation Development at LPL said: “We are delighted to add another new carrier to Liverpool, serving the North West and North Wales market. We are delighted to welcome a new exciting destination from Liverpool, allowing passengers to travel from the North West’s Faster.Easier.Friendlier Airport. We look forward to working with Lauda for years to come”. 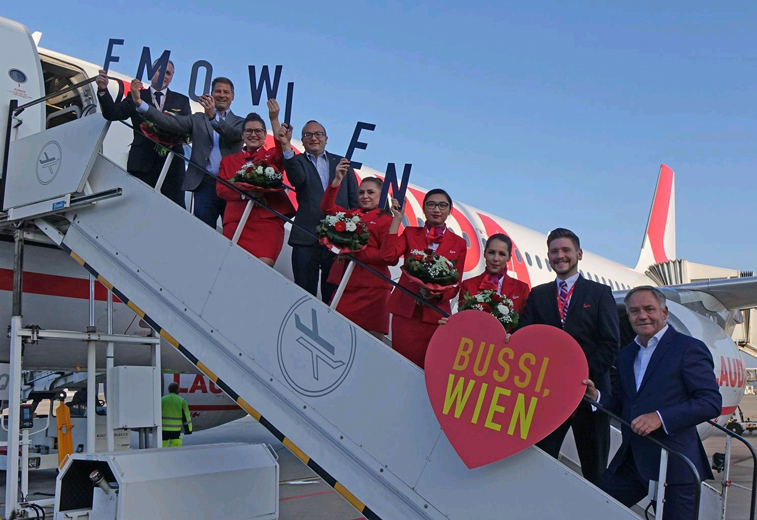 Next up on Lauda’s litany of launches from Vienna was a four-times-weekly service to Münster/Osnabrück (FMO). FMO’s CEO Prof. Rainer Schwarz (right) welcomed the crew of the inaugural flight with captain Eduard Inreiter (left), FMO’s VP Marketing and Communication Andrés Heinemann (2. from left) and FMO’s Aviation Marketing Manager Mathias Richter (4. from left).The 774-kilometre flight has a block time of 1h45, and will be operated by a 180-seat A320. Celebrating the launch of Lauda’s Riga to Vienna flights on 27 October with the check in team and crew were Liene Freivalde, Director of Aviation Services & Business Development and ERIX, Riga Airport’s mascot. The 1,098-kilometre route will be operated by 180-seat A320s on Mondays, Wednesdays, Fridays and Sundays. According to OAG Schedules Analyser, airBaltic offers 11 weekly flights between the two capitals in W19, with a 145-seat A220-300. 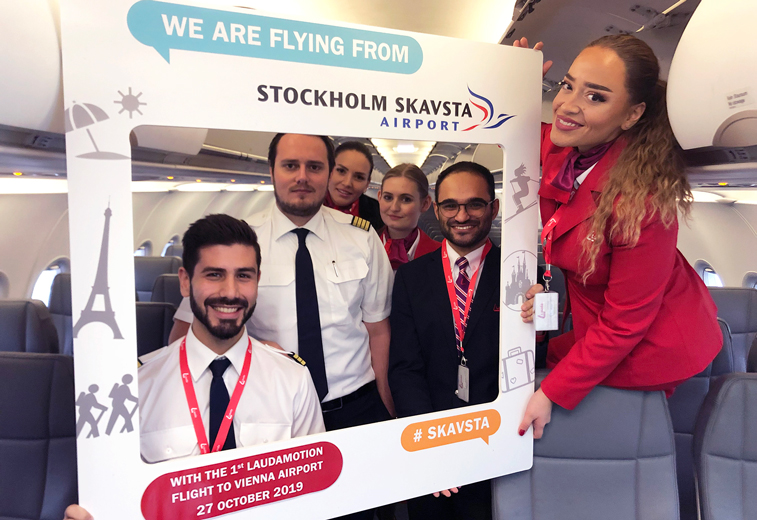 On Sunday 27 October, Lauda launched twice-weekly services from Stockholm Skavsta to Vienna on Mondays and Fridays. This will increase to four weekly flights from December. Andreas Gruber, CEO Lauda said: “We are delighted to offer our passengers a new non-stop service from Stockholm to my hometown Vienna and expand our route network. Lauda allows passengers to explore the most livable city in the world for an unbeatable price.” Vilnius Airport also welcomed a Lauda service to Vienna for the first time this week, operating on Mondays, Wednesdays and Fridays. Aurimas Stikliūnas, Head of Aviation Services at Lithuanian Airports performed the ribbon cutting and celebrated with the inaugural passengers.