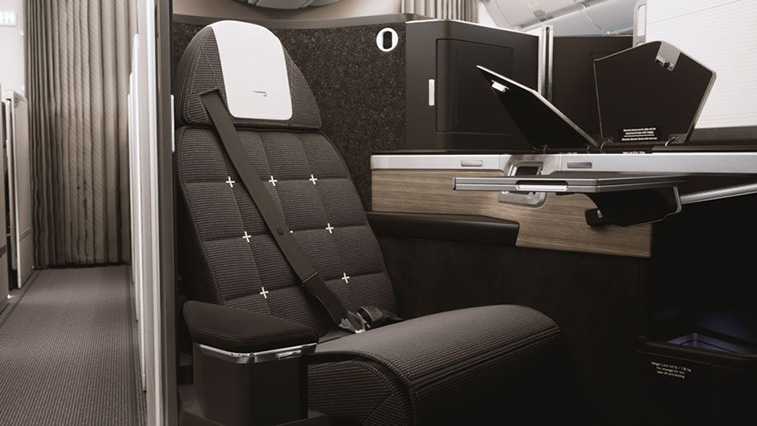 British Airways’ business class, or Club World or its new Club Suite, seats amount to 15% – or 9.8 million – of its total seats in 2019.  While BA saw a 5% increase in overall seats since 2015, it added 16% more Club World seats – accounting to 1.3 million. First-class, meanwhile, remained virtually static. 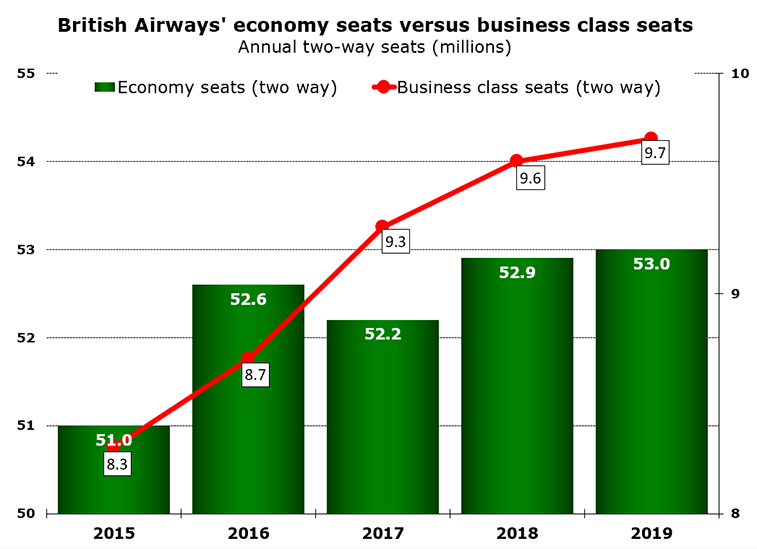 This gives rise to a look at BA’s top-15 routes for business passengers, based on 12 months to August 2019.  This looks at BA’s non-European routes on an airport-pair basis and for P2P only.  It is noteworthy that Bermuda is number-four by traffic volume. The former British colony is described as “for rich people, celebrities, bankers and tax-avoiding corporations.”

JFK is king, but Boston is tops per mile

Obviously, New York JFK – London Heathrow is by far the most significant.  We all know this, but it is good to see some numbers behind it.  It’s no wonder that BA focuses so heavily on frequency to JFK – eight-daily on its own metal from Heathrow alone – along with four daily by joint venture partner American Airlines.  BA also operates daily from both London Gatwick and London City to JFK.  BA mainly uses business-heavy B747-400s on Heathrow-JFK.  And on the 6th October, JFK was the first destination for BA’s revamped business class, Club Suite, aboard a B777-200.

With an estimated average business fare of USD$3,332 each way, BA’s Heathrow – JFK service is worth around $477 million from P2P passengers from this cabin alone. Earlier this year, OAG showed that route is the world’s most lucrative. Yet on a fare per mile basis, it is Boston that performs the strongest with USD$1.179, the result of both below-average distance and above-average fare.  BA is the most dominant airline between London, as a whole, and Boston, with a 50% share of capacity, rising to 59% at Heathrow.