Virgin Atlantic on 27 October celebrated the launch of Heathrow to Mumbai services, coinciding with this year’s Diwali festival. The carrier announced the route following the collapse of Jet Airways back in April 2019. Total capacity on the route in W19 is 359,000 seats, down 35% on W18 as last winter. Jet Airways alone accounted for 320,000 seats. However, with remaining carriers BA and Air India increasing capacity by 13% and 30% respectively, alongside the Virgin Atlantic launch, it is likely the void will soon be filled (see below). 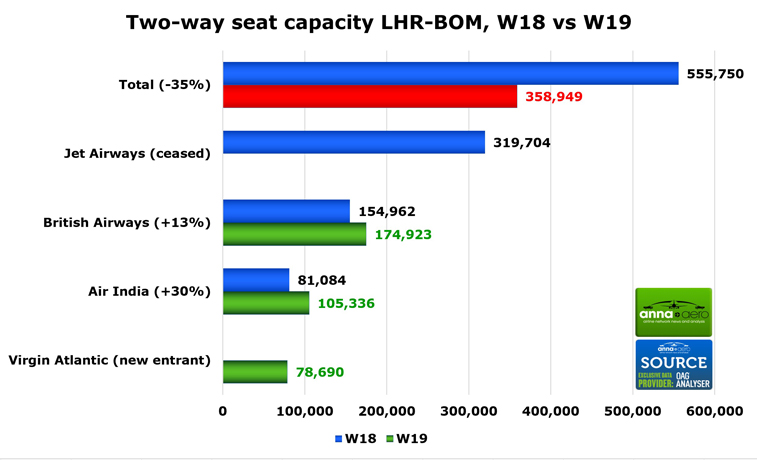