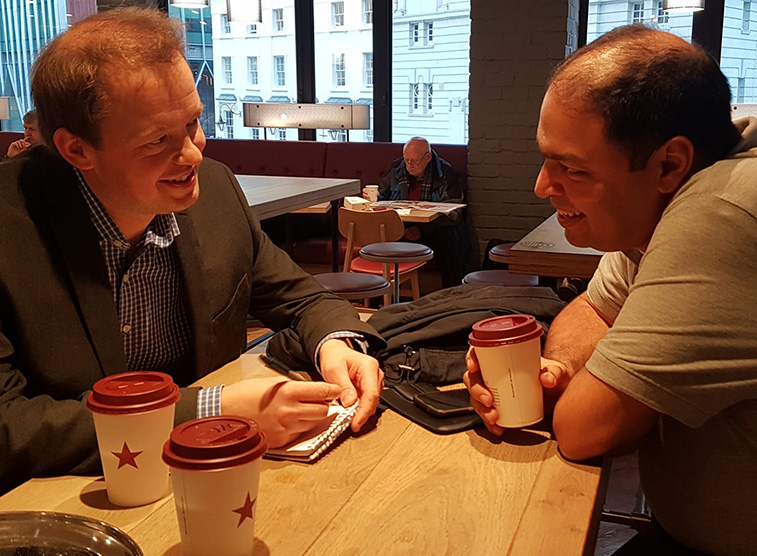 “We have been profitable for four years,” added Mendis. The airline is privately owned and carries about 560,000 passengers.

“We will be the number-one regional airline in West Africa,” said Mendis.  Unlike many on the continent, Africa World revolves around frequencies. Kumasi is up to 10 daily, Lagos up to six daily, Tamala five, Takoradi four and more.

It’s another way to compete against surface travel.  “We’re faster, more comfortable, more convenient, and often have a lower base fare than buses,” added Mendis.  He glowed when saying that a new Accra bus company promoted that it’s “as cheap as flying.”  In Africa – a place renowned for high fares – this is unheard of. 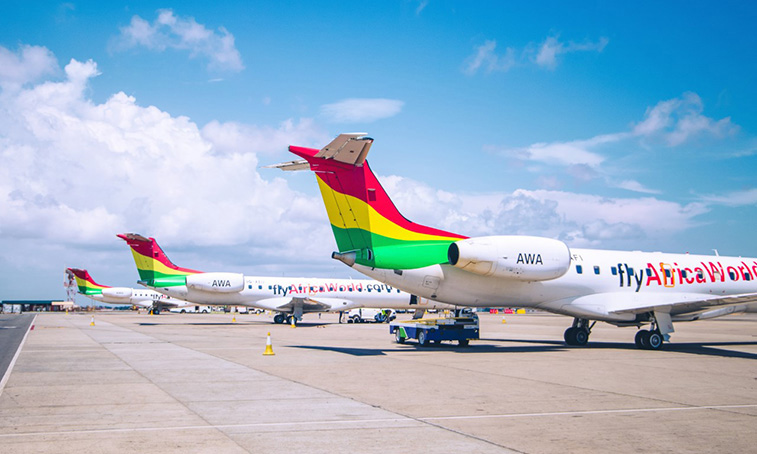 Africa World’s to be a real hub operator

“We want to develop a real hub,” enthused Mendis, like Cape Verde Airlines and Air Senegal. “The key to a strong hub is convincing passengers to connect through Accra with speed and convenience that comes with this.” This refers to Accra’s new terminal that opened in 2017. “Accra’s new infrastructure enables us to be the primary gateway to West Africa.” The airline offers an international – international MCT of 60 minutes, but it wants to reduce this to 30 minutes.

Mendis said that “we have no keenness to fly long-haul at this time.”  Instead, it will rely on partnerships. Four partnerships have so far been announced: Brussels Airlines, Emirates, Ethiopian and South African Airways. “Our partnerships allow passengers to choose connections in Accra for whom Ghana may not have originally been part of their travel plans.”  The relationship with South African is strategic and deep, and it is expected to be pivotal going forward.

Africa World presently has just eight 50-seat Embraer 145s, almost one per year of operating, although it has achieved CAGR of 23% since it started.  “They’re must-have jets for us,” said Mendis.  “With shorter block times than Dash-8s, we can get another sector each day, so more options for passengers.”  This is aided by a short average sector of 369 miles and normally 30-minute turns. Mendis eschewed the idea of larger aircraft beyond about 100 seats, and it is reportedly considering Embraer 190s. 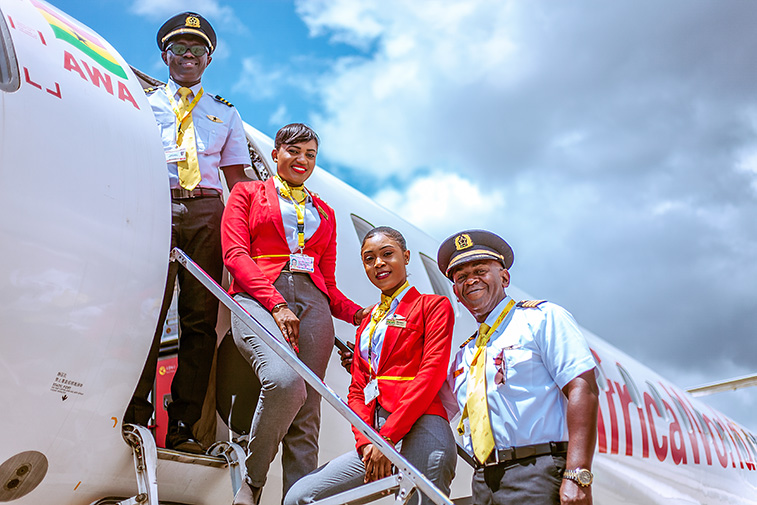 Africa World is a fully Ghanaian airline, except for ownership.

“Nigeria is on our doorstep and it’s Africa’s largest market,” explained Mendis.  Mendis sees at least one more Nigerian city in 2020.  While Africa World has focused on Anglophone countries, it will inevitably focus on Francophone countries too.

Abidjan, Côte d’Ivoire, is likely, and at 260 miles fits within its high utilisation model.  But to the clear annoyance of Mendis and Kyereh, the airline has been trying to acquire traffic rights for nearly two years – despite the various fifth-freedom operators.  This reluctance is allegedly from the ill-performance of Air Côte d’Ivoire and the government’s unwillingness to help what could be a strong competitor.

Entirely Ghanian (except for ownership)

“Ghana is a professional place for aviation. The government and the CAA have a real commitment for aviation.”  This includes in terms of taxes and user charges, both renowned for being high in Africa.  “The government cut VAT on domestic flights by 15.5%, and domestic user charges are almost zero,” added Kyereh.  International taxes, however, are very different, often adding $100-150 per ticket. Yet, Kyereh insisted, they’re arguably crucial for investment in facilities.

The year 2020 will be key for Africa World, an airline that stands out as a beacon of hope in a continent renowned for significant – and on-going – challenges. 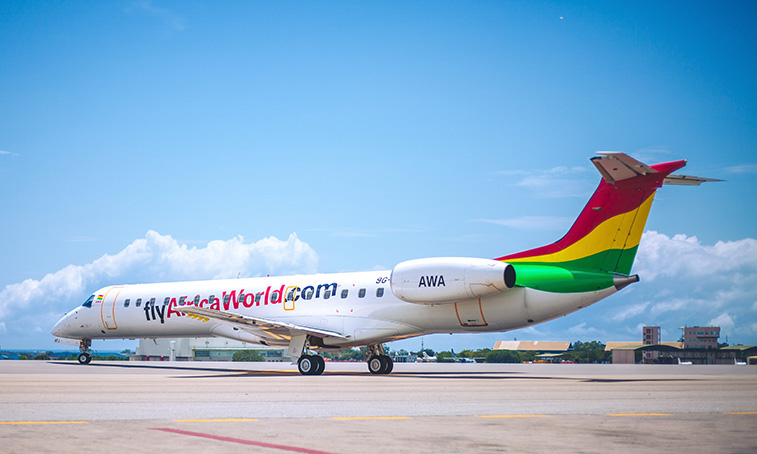 One of Africa World’s eight Embraer 145s, an aircraft the airline says is a “must-have” for its operation.