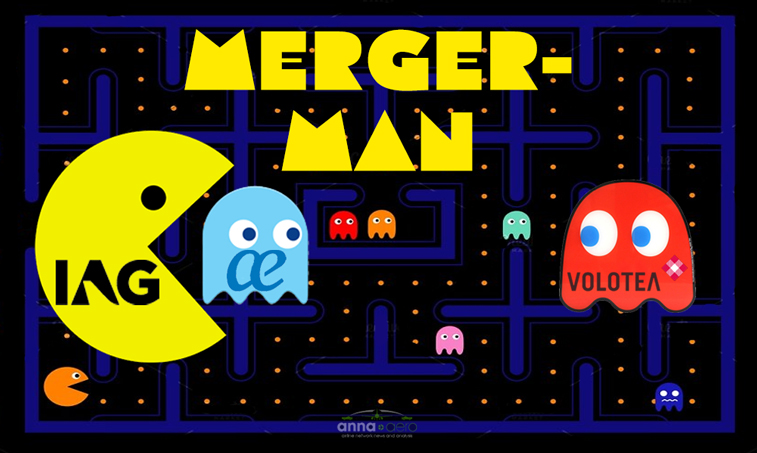 With IAG looking to establish a foothold in all of Europe – LEVEL across Europe, Aer Lingus in Ireland-NA, and now Air Europa in the Southwest – who is next on IAG’s radar? VOTE NOW in our poll at the bottom.

With over 32 million seats and a 46% market share, IAG – mainly through Iberia – already holds a strong position at Madrid. Yet both IAG and Air Europa (17%) have been relatively flat there over the past five years. This can be partly explained – on long-haul at least – by their differing business models and complementary route networks. 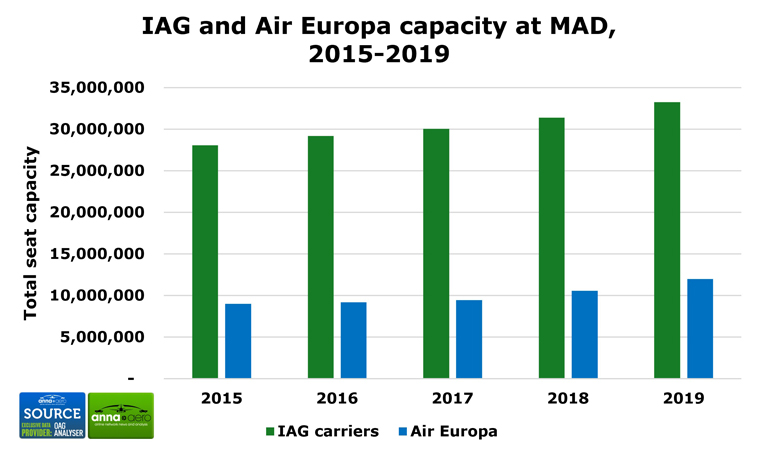 IAG’s dominance in Madrid can be seen in total capacity, seeing growth rise faster from 2017 and reaching 6% YOY in 2019. Air Europa has expanded even faster in the same period, and up 13% YOY in 2019. 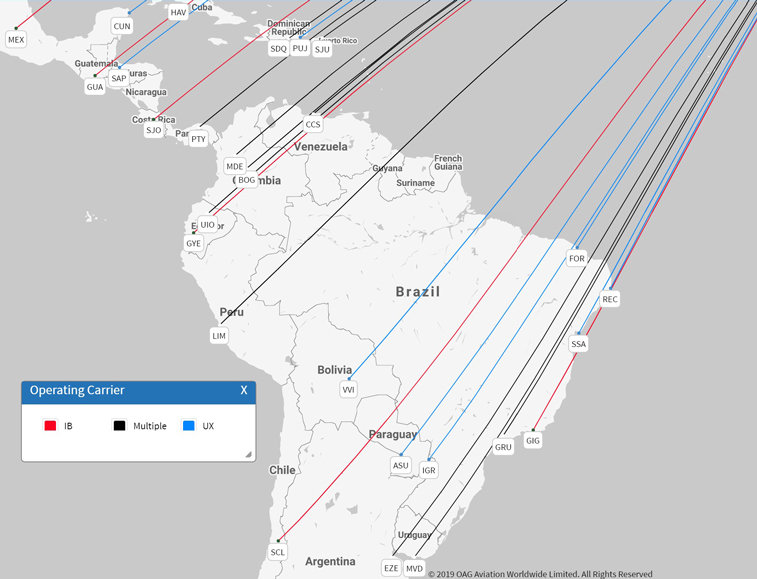 In W19, Iberia and Air Europa are largely complementary between Madrid and Latin America. Iberia serves more primary cities (Santiago de Chile, Rio de Janeiro, Mexico City) while Air Europa mainly targets secondary leisure destinations like Fortaleza, Recife and Punta Cana with high-density A330/787s. However, they do compete on some routes (especially Lima and Sao Paulo), so expect to see some network adjustments for both carriers as Air Europa is integrated into IAG over the next few years. 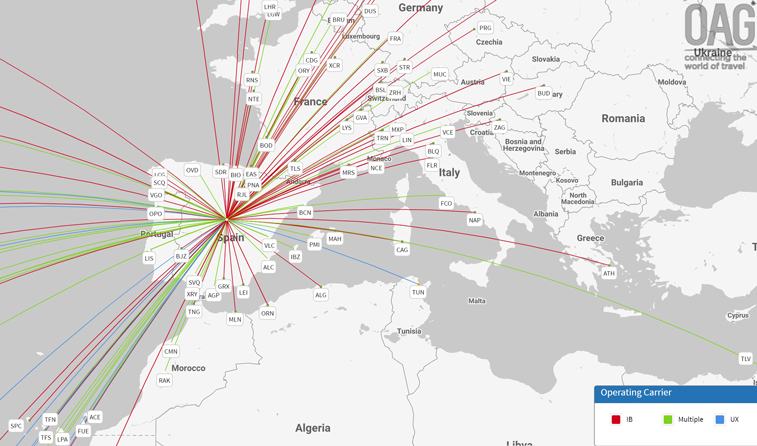 On short-haul, Iberia is clearly dominant, with few routes exclusively served by Air Europa aside from Tunisia and smaller Canary Island destinations. To leverage Air Europa’s stronger Latin American position, expect to see an adjustment on its short-haul schedule to fit the Spanish and Portuguese demographics of its long haul routes. 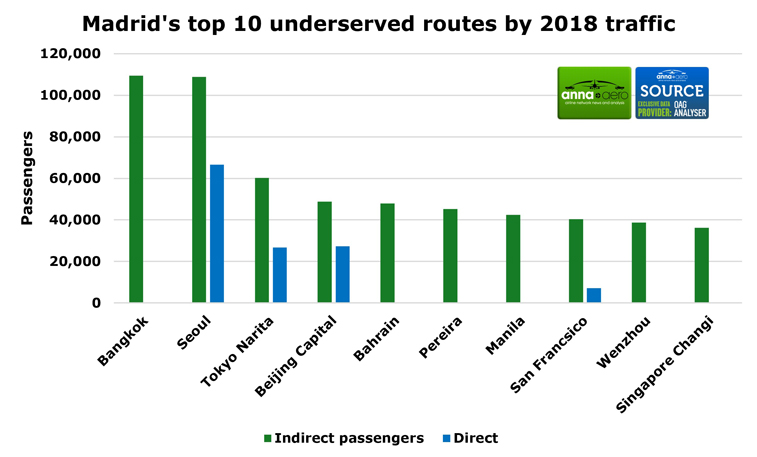 Looking at Madrid’s top underserved routes, we can forecast where IAG is likely to split their resources. Iberia would likely launch or increase frequencies on business routes, including Seoul (average fare $601), Tokyo Narita ($599) and Singapore Changi ($528). One route which stands out as a potential Air Europa service is Pereira ($401), not least because the historical ties with Spain and two-way tourism could make it a viable opportunity, albeit with a possible stop in somewhere like Bogotá ($437) or Cali ($506) due to runway limitations. Our market stimulation analysis indicates this route could sustain up to three weekly flights, which fits with Air Europa’s long haul leisure model.

What airline will IAG buy next?

The next few years will no doubt provide some indication as to how Air Europa will be integrated into the wider IAG portfolio, with the initial picture likely to become clearer at their annual Capital Markets Day on Friday 8 November. Which carrier will be the next acquision for IAG? Vote now in our poll below.