Following IATA Slots in Australia, it’s a good time to look at the Kangaroo Route.  About 5.7 million people travelled between Europe and Australia in the past 12 months.  Not surprisingly, the UK was by far the highest with 38% – or 2.2 million.  Interestingly, more people had a point of sale in Australia (1.2 million) than those in the UK (861,000). 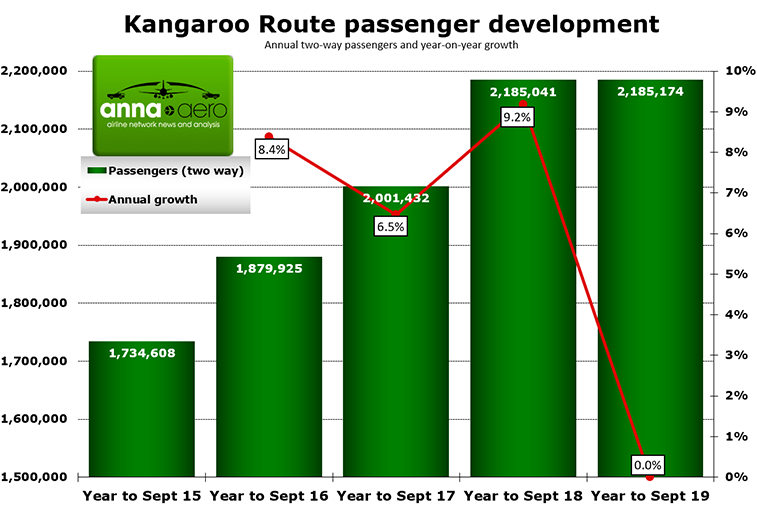 The Kangaroo Route was up 450,000 passengers versus five years’ ago.  This was especially from the strong growth of Qatar Airways, whose traffic volume by 162%, from around 87,000 to 227,000. As a result, Qatar Airways alone was responsible for nearly 32% of these extra 450,000.  This was from a second-daily to Sydney (continuing to/from Canberra due to bilateral restrictions) and a daily to Adelaide.

The top-10 airlines were responsible for about 80% of all UK – Australia passengers, with Emirates the clear leader. And Dubai is, therefore, the number-one connecting location.  Emirates serves five Australian cities and has an average of 10 daily flights to Australia in the week of 19th November, with around six by the A380.  Singapore Airlines, meanwhile, wins by frequency, at almost twice Emirates’ daily figure. When SilkAir is included, adding daily services to both Cairns and Darwin, eight Australian cities are served with 22 daily flights, growing to nine cities with SilkAir’s time-limited Broome service.

Royal Brunei is a key operator to Melbourne

Royal Brunei added about 8% of the additional 450,000 – less than primary operators Singapore Airlines (10%) and Emirates (11%).  However, Royal Brunei did grow 30% in these five years, albeit from a low base.  It eliminated its Dubai stop from London, enabling a quicker and more competitive offering.  It only serves Melbourne and Brisbane, the latter by A320neos, but it is now highly coordinated for connections, with around 1 ½ hours in Bandar en route to Australia.  Royal Brunei is now a leading airline between London and Melbourne, with PDEW of almost 100. 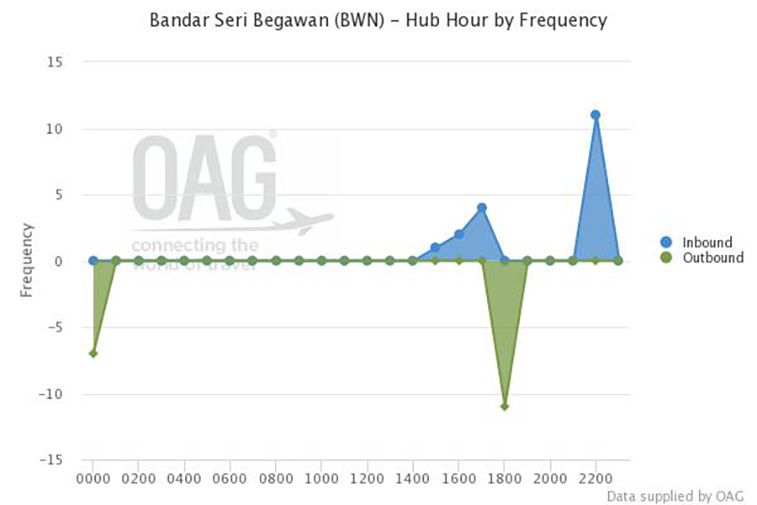 Passenger development was flat in the past year, with Royal Brunei’s increase not offsetting declines elsewhere, including that of Etihad Airways. Indeed, while the MEB3 collectively were responsible for almost half of the 450,000 extra passengers, Etihad’s own passenger volume decreased by 75,000 YOY.  This was from the end of Perth and cuts to Sydney and Melbourne. Five years’ ago, deeply troubled Malaysia Airlines was the fourth-largest carrier between the UK and Australia. It is now the ninth, but presumably from a stronger base.  It ended Brisbane and significantly reduced capacity to Adelaide, Melbourne, Perth and Sydney.

The top-10 airport-pairs account for three-quarters of all passengers from the UK to Australia, increasing to 82% at city-pair level.

On the 14th November, Qantas operated a test flight between London Heathrow and Sydney as part of its Project Sunrise.  It took 19 hours and 19 minutes.  At the time of writing, there are numerous issues that have to be overcome.  Following its non-stop Perth – London service, do you think Qantas will announce a non-stop scheduled service to Sydney in the next couple of years?  Vote now.