The market between the US and Cancun saw an estimated 8.5 million passengers in the year to September 2019.  This is despite the various occurrences in Cancun that reduced tourist confidence and lowered 2019 capacity to/from the Mexican destination.

Interjet follows Frontier and Spirit in announcing more US 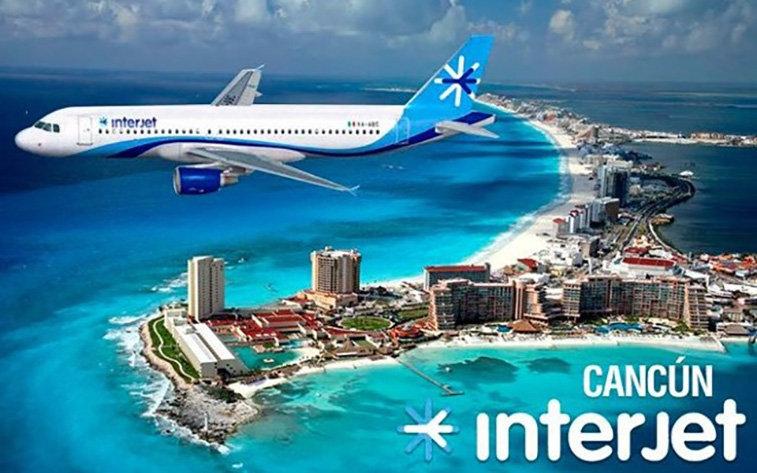 InterJet is to resume Cancun – Miami on a four-weekly basis.

Yesterday, 21st November, Mexico’s Interjet announced that it’ll resume Cancun – Miami from the 1st April, operating four-weekly. It last operated Cancun – Miami until February 2017.  Then, it used Sukhoi SuperJet SSJ100s.  Now, it’ll use A320s.  Come April, Interjet will be the third operator to Miami, a route understandably dominated by American Airlines.  When Fort Lauderdale is included, Interjet will be the sixth airline at the metro-level.

2.5 million of these 3.3 million connecting passengers flew to/from 50 US airports. Of course, these include most key airports.  These 50, shown below, have a median of 43,000 connecting passengers, whether they’re already served or not.  15 are unserved, led by Portland, OR.  At 2,634 miles, it’s a long way – and, crucially, it passes multiple hubs. It’s also a smaller market than Seattle (served daily), although that’s before stimulation. Clearly, a number, such as Spokane, clearly won’t be served non-stop, but are included for completeness.

The table doesn’t look at fare per mile or YOY traffic growth rate or any connecting opportunities.  It’s purely a P2P traffic snapshot.  Interestingly, 74% of passengers to these 50 connect en route, a very high percentage showing that they are likely underserved by non-stops.  All but one of Frontier and Spirit’s coming routes fall within the top half of the table.

74% of passengers connect en route to these 50 US airports