Tel Aviv to Europe has seen significant growth in the past few years, with 20 million two-way seats in 2019.  This is double the figure in 2013, a year before Israel – EU open skies began.

LCCs/ULCCs – used interchangeably here – now represent 30% of all Tel Aviv – Europe capacity, with 4.7 million seats.  This is double their share in 2016.  The strong growth of non-LCC capacity also stands out, up almost 50% since 2015, including from Virgin Atlantic’s daily London Heathrow and TAP Air Portugal’s Lisbon service. El Al contributed only 16% of this growth. 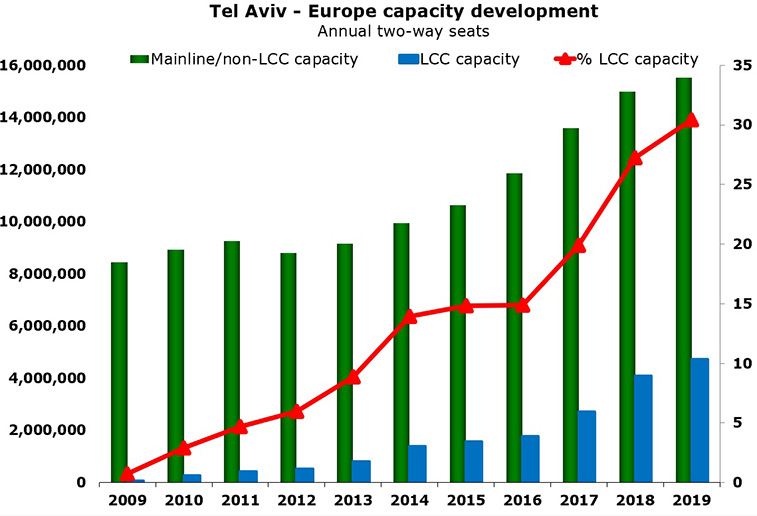 LCCs now have almost the same seats as El Al

European LCCs now have almost as many seats from Europe as El Al.  2017 was a key year as a result of Ryanair beginning at Tel Aviv (Lauda began in late 2019) and both Wizz Air (Hungary and UK AOCs) and Transavia (both France and Netherlands) almost doubling capacity. Nonetheless, El Al grew relatively strongly for a conservative airline, although a good amount of its growth between 2013 and 2018 is attributable to its attempt at a lower-cost subsidiary, Up.  This brand ended in October 2018. 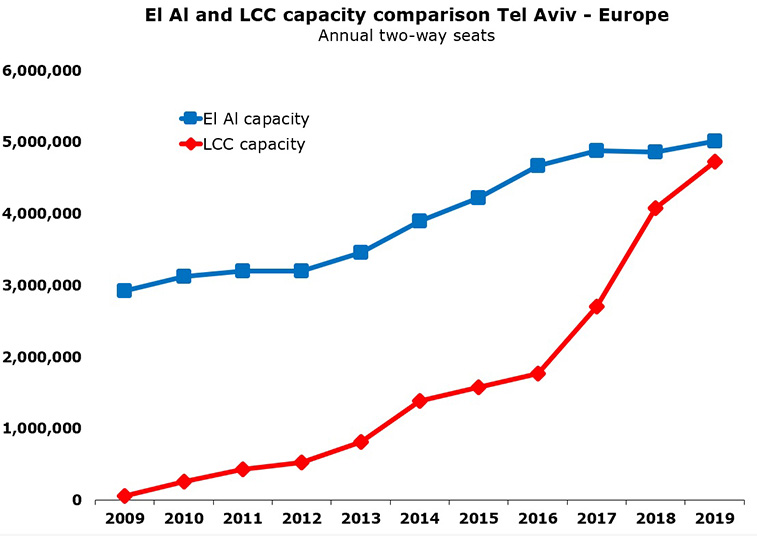 Most of Tel Aviv’s LCC growth has come from four airline groups, with Wizz Air now the leading operator. The ULCC has expressed much dismay over the inability to create a base at Tel Aviv.  Nevertheless, in November 2019 it has 14 routes from Tel Aviv, albeit fewer than Ryanair and Lauda (20) and easyJet (18). 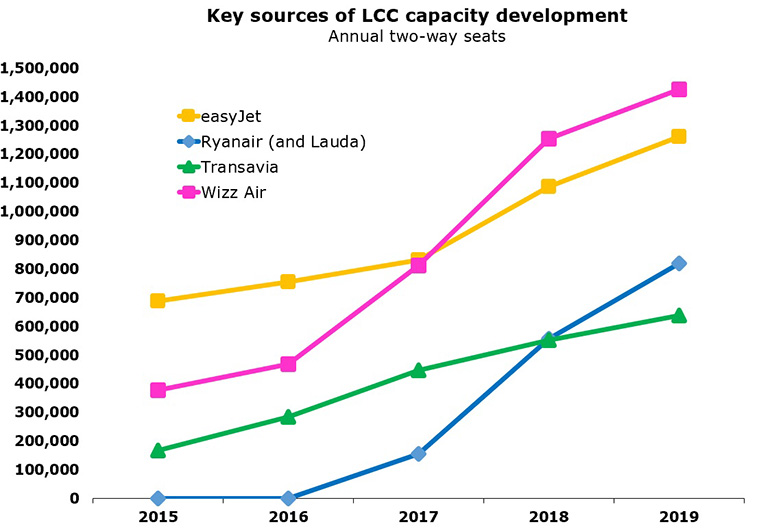 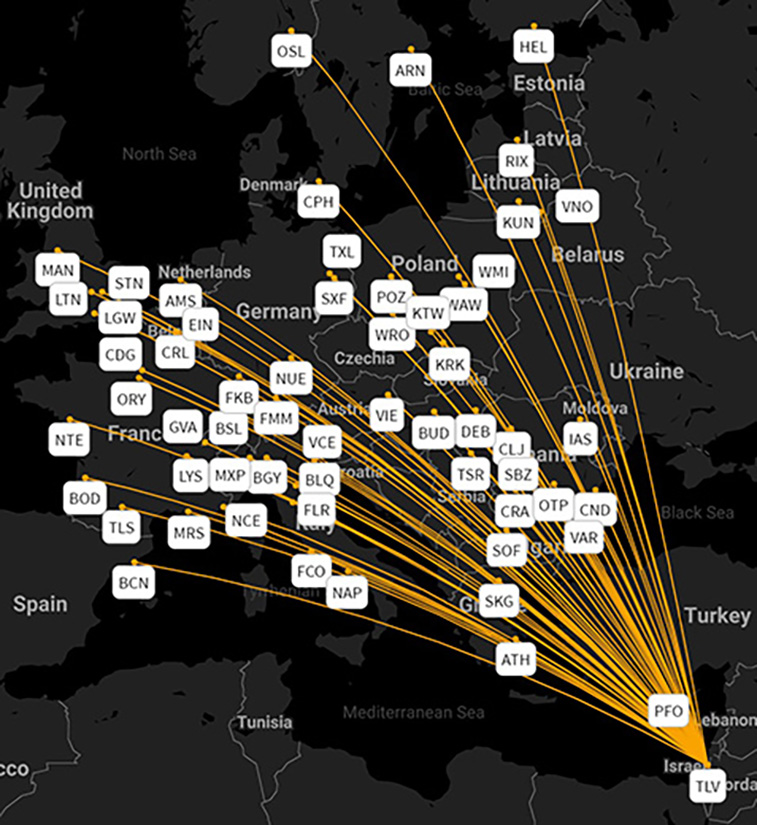 Meanwhile, new LCC routes in 2019 include Bologna (Ryanair) – which was an unserved route of the week in 2018 – Nuremberg (Ryanair), Toulouse (easyJet) and Warsaw Modlin (Ryanair).  OAG Traffic Analyser shows some surprisingly large European cities with good, non-stimulated demand remain unserved, including Stuttgart (41,000; Karlsruhe/Baden-Baden is, however); Cologne (27,000) and Hannover (26,000).