Virgin Atlantic doubles Delhi; for all airlines, London-Delhi seats down 25% 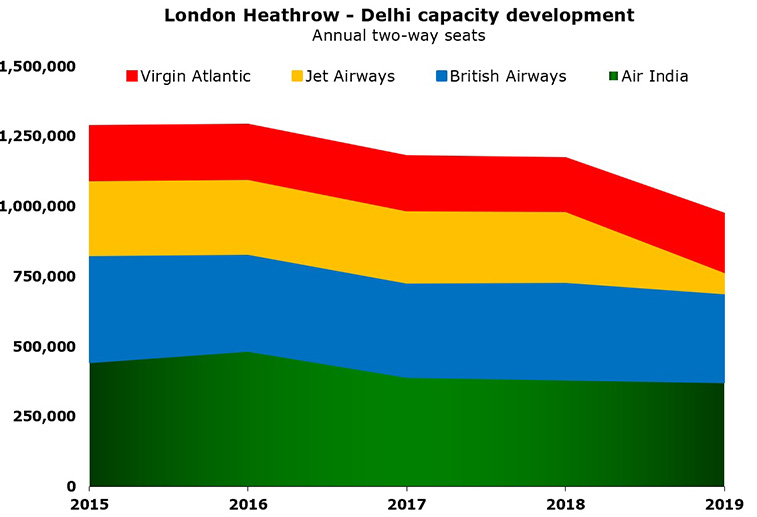 Of course, this decline is mainly from the end of Jet Airways in April 2019.  Jet Airways operated once-daily between Delhi and London Heathrow and cut 260,000+ seats.  It was the third-largest operator after market-leader Air India and second-place BA.

Overall, the decline is from a combination of lost frequency and, importantly, fewer seats per frequency. 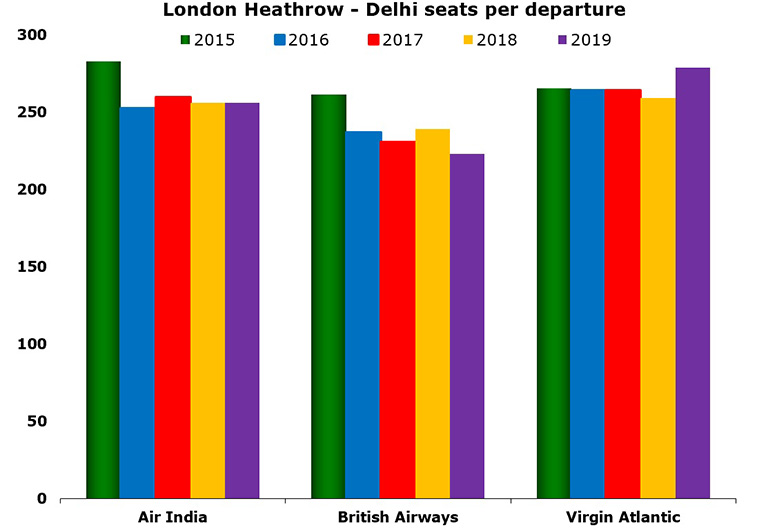 Following the relaunch of Mumbai in October 2019, Virgin will be launching a second-daily Delhi service from S20.  This will be a morning, which is popular from London. We don’t yet know the timings, but when combined with its existing timings – and Delta relationship – it will inevitably offer stronger connectivity to and from the US.