All Nippon to serve Milan Malpensa, its eighth European airport 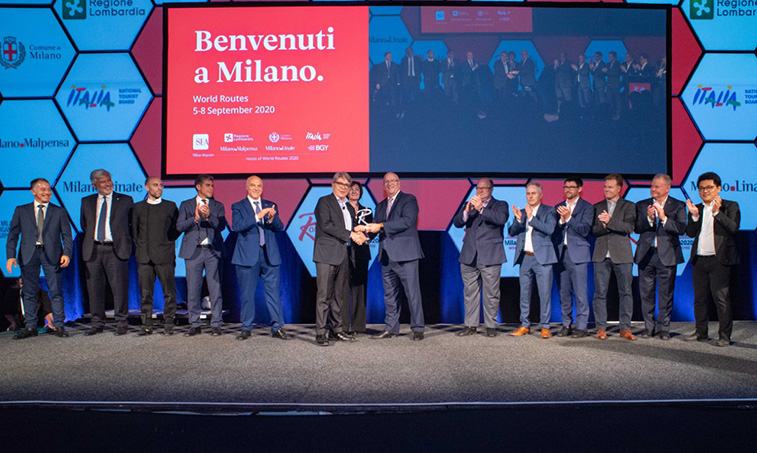 All Nippon is to serve Milan Malpensa from S20.

All Nippon Airways (ANA) will begin flying to Milan Malpensa from Tokyo Haneda – the world’s fourth busiest airport – in S20.  Once started, this will be the Italian airport’s 15th Asian carrier.

The service will mark the return of a Japanese carrier to Italy after a ten-year gap. Malpensa will be only the eighth European airport that the Star Alliance carrier serves from its Tokyo Haneda and Narita hubs.   Milan joins London Heathrow, Frankfurt, Paris CDG, Brussels, Munich, Vienna and Dusseldorf with non-stop services by ANA.

The beginning of ANA flights will signal the arrival of yet another five-star airline in Milan, as the airline is one of just eight carriers in the world with the top accolade from the international quality rating organisation SkyTrax. Malpensa will now welcome six of these eight carriers in 2020. “ANA’s flights will be particularly welcomed by the Milanese business community thanks to the high-end quality of its service,” adds Andrea Tucci, VP Aviation Business Development at SEA.

Tokyo is the number-one destination in Asia for passenger demand from Malpensa. “The Japanese market is also Milan’s second biggest in Asia, worth around 400,000 O&D passengers per year, and it has increased 11% in the year-to-date,” confirms Tucci.“Japan is becoming more popular in Italy and it is developing into a real brand with a big response from Milan: its outgoing traffic share is the biggest in Italy.”

The opening of this new route comes as a consequence of further bilateral agreement negotiations between Italy and Japan. “Milan was the gateway selected by a Japanese airline as the entry point into the Italian market. This is yet further evidence of the importance of getting traffic rights allocated to the city of Milan,” explains Tucci.

“In these negotiations, the 2020 Tokyo Olympic Games have also played an important role and it is no coincidence that Milan itself has been awarded the 2026 Winter Olympics, meaning that the connection between the two cities begins under the very best auspices.”