AtlasGlobal suspends operations for a month; 2019 seats down 37% 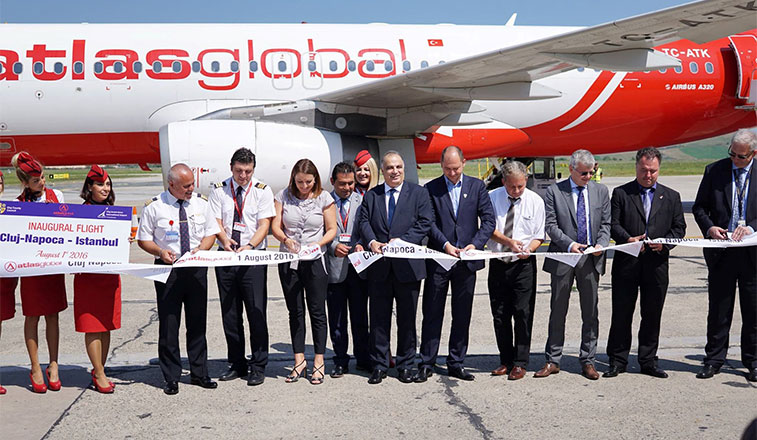 AtlasGlobal, a Turkish carrier operating scheduled and charter services across Europe and the Middle East, has moved away from its core Istanbul operation since 2015. However, it seems this diversification may have backfired as it suspends operations for a month due to financial difficulties.

Turkish airline AtlasGlobal has suspended operations for nearly a month as a result of its financial position.  It is reportedly to restart on the 21st December following the completion of its reorganisation.  If it restarts, it will be interesting to see in what ways it is different. (A present tense is used in this article.)

With 11 active aircraft, AtlasGlobal isn’t a big airline.  In 2019, it has just four million seats – from a high of 6.3 million in 2017.  It has returned to its 2014 level. The airline says that this was partly the result of Turkey’s economic instability and the depreciation of the Turkish lira, which undoubtedly played a part. 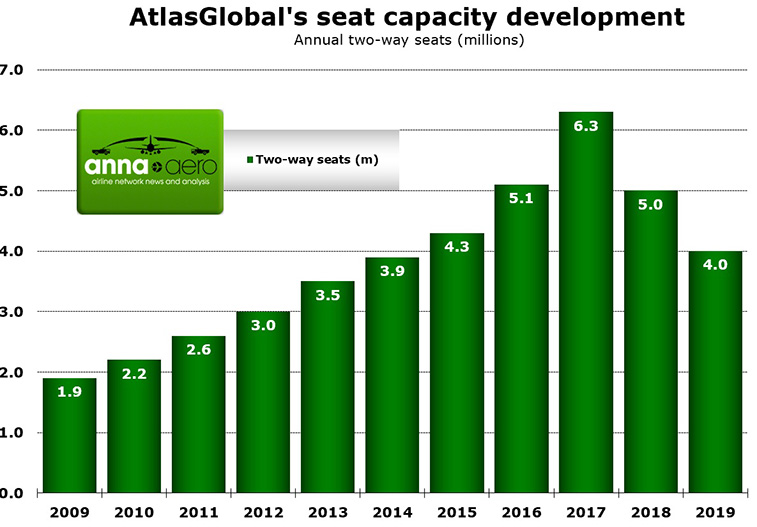 Clearly, it must have been more than this.  Network-wise, it also seems to be from a much greater focus away from its Istanbul hub, with the risk involved with this. In 2015, it had fewer than 400,000 non-Istanbul seats.  This grew to almost 1.9 million in 2018.  Antalya grew especially quickly, at least in the summer, up by 830,000 in 2018 over 2015, a large volume for a small airline. It then retrenched to its Istanbul core. 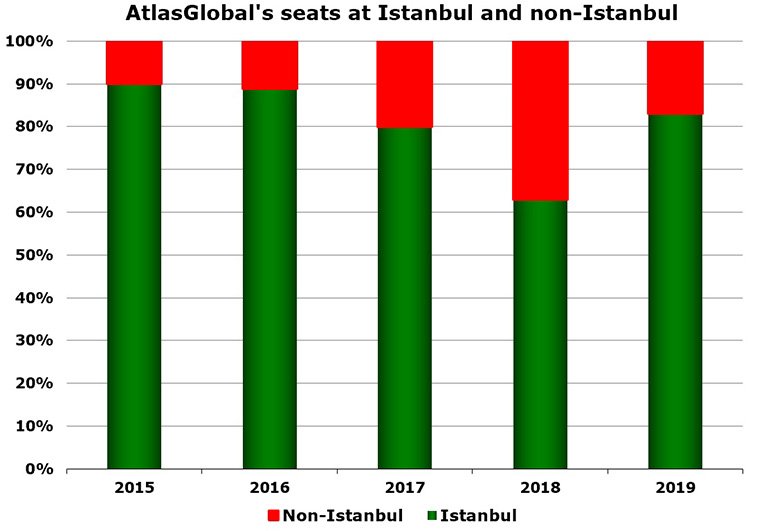 In the week of the 22nd November 2019, AtlasGlobal’s network from Istanbul is as follows.  It operates a mini-hub there, with connections important. For example, Amsterdam, Belgrade, London, Moscow, and Paris connect to Antalya, Beirut, Ercan, Kuwait, Izmir, Tehran, Tel Aviv and Yerevan on a two-way basis.

Source: OAG Mapper. Based on Istanbul for the week of 22nd November 2019.

In comparison to the same week in November 2017, a number of international cities have been cut.  These include Astana, Copenhagen, Milan, Nizhnekamsk, Samara, Sarajevo, Shymkent, Stockholm, Tbilisi and Zurich.  Various others, including Belgrade and Erbil, replaced them.

AtlasGlobal’s retrenchment is clear.  But what of its future?