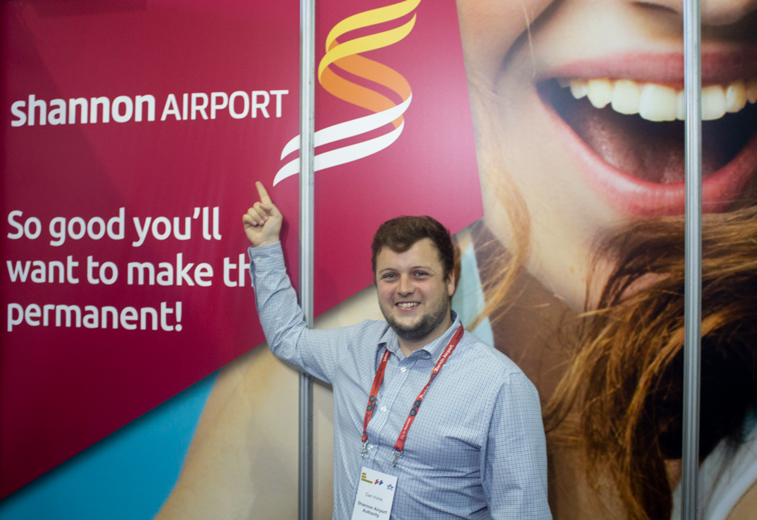 Dan Irvine, Aviation Development Manager at Shannon Airport, catches up with anna.aero. In S20, the airport will welcome flights to Paris CDG and Barcelona with Aer Lingus, alongside a Vienna connection from Laudamotion.

Shannon Airport’s recent network priority has been recovering capacity after the Norwegian MAX grounding, then the closure of all their Irish bases. Dan Irvine, Aviation Development Manager at Shannon Airport outlined that this “had some impact (4-5 weekly flights). But from S20, Aer Lingus will base two A321LRs from Shannon, replacing the current ASL-leased 757s. This will route JFK – SNN – LHR, using the US pre-clearance facility to enable the JFK route to use the common travel area gates alongside LHR flights, improving aircraft utilisation”. 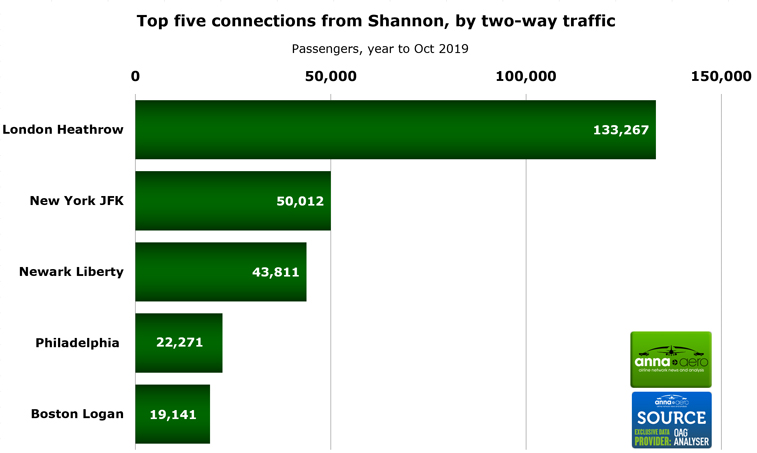 Heathrow is the top connecting destination from Shannon Airport, along with North East US destinations reflecting the strong pull factor of Shannon’s pre-clearance facility. This continues with the addition of Aer Lingus A321LRs, which will operate on short haul to London unlike the previous leased 757s.

“This frees up an A320 from the LHR route, which will be deployed to Paris CDG (four times weekly from March 29 2020) and Barcelona (three times weekly from 02 May), Irvine explains. “Air Canada’s Toronto route (four weekly) will restart once the 737 MAX grounding has been lifted, whilst we continue to see year round Aer Lingus flights to JFK and Boston, and seasonal service from the US Big 3 (American, Delta and United) from Philadelphia, Boston and New York”. 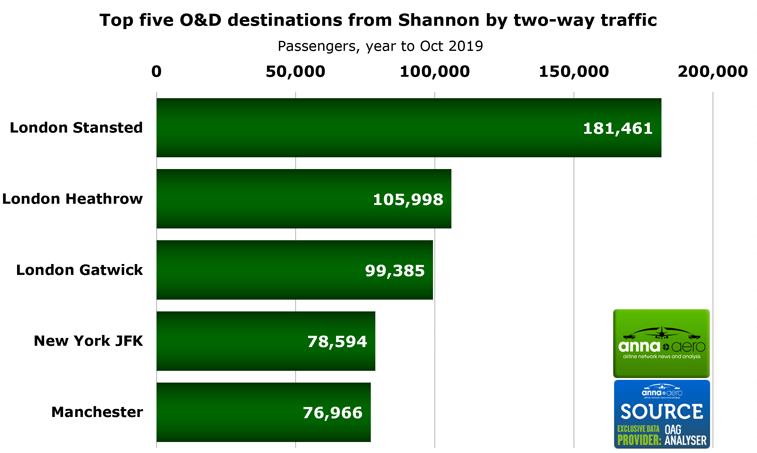 For O&D demand, it is London Stansted which comes out top, reflecting Shannon’s dual appeal as a strong LCC hub for Ryanair, alongside the long haul USP of the pre-clearance facility. Shannon’s top unserved short haul destination is Gdansk, with over 10,200 indirect passengers in the year to August 2019, which indicates there is plenty of unfilled short haul capacity to come from Shannon Airport.