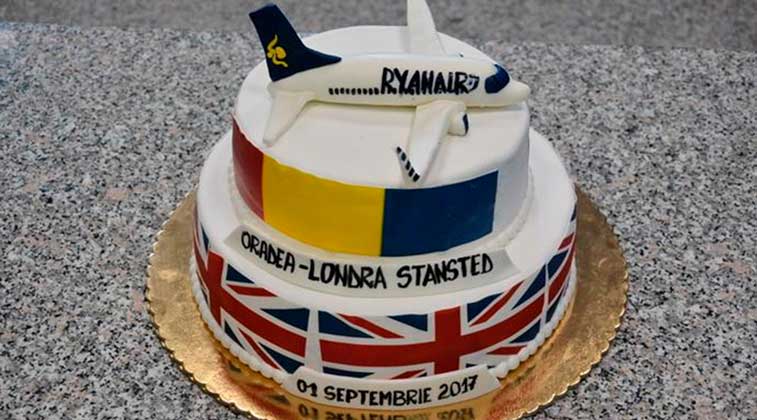 You lose some, you win some. This cake commemorated Ryanair’s inaugural service from London Stansted to Oradea. Oredea is no longer served from London. Its location doesn’t help, with four airports within a 3h radius having London service.

While London – Bucharest is fast-growing, it has increasingly taken a backseat to broader London – Romania.  Excluding the Romanian capital, this has grown two-and-a-half times faster with a CAGR of 23%.  Bucharest remains by far the single-largest market. 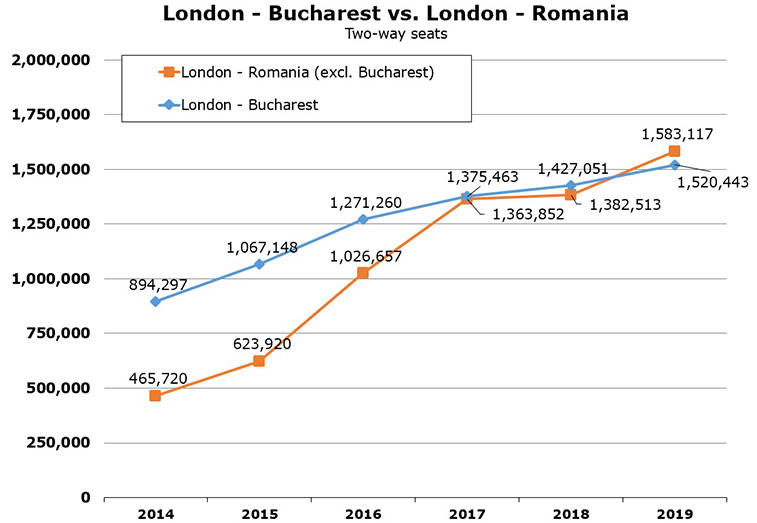 Bucharest now accounts for less than half of London – Romania capacity, down almost YOY from two-thirds in 2014.

In 2019, Gatwick, Heathrow, Luton, Southend, and Stansted have service to Bucharest. Southend came online in October 2019, when both Ryanair and Wizz Air began it days apart. 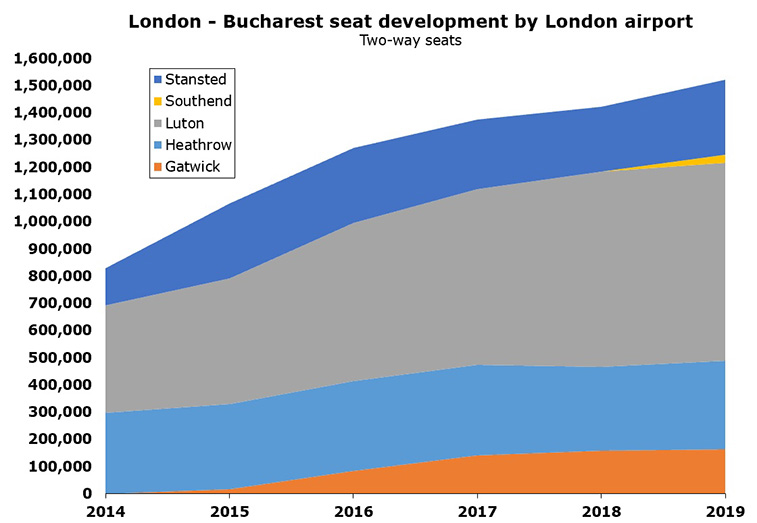 600,000+ seats were added since 2014. Of these, half were at Luton, one-quarter at Gatwick and one-fifth at Stansted. Ryanair was responsible at Stansted and Wizz Air at Gatwick. At Luton, Blue Air added 40% of the seats, the rest by Wizz Air.

Wizz Air has grown its seat share from 34% in 2014 to 50% in 2019.  It now serves Bucharest from three London airports. It supplemented its 20-weekly Luton service (served higher during the summer) with a six-weekly to Gatwick and its new five-weekly operation to Southend. 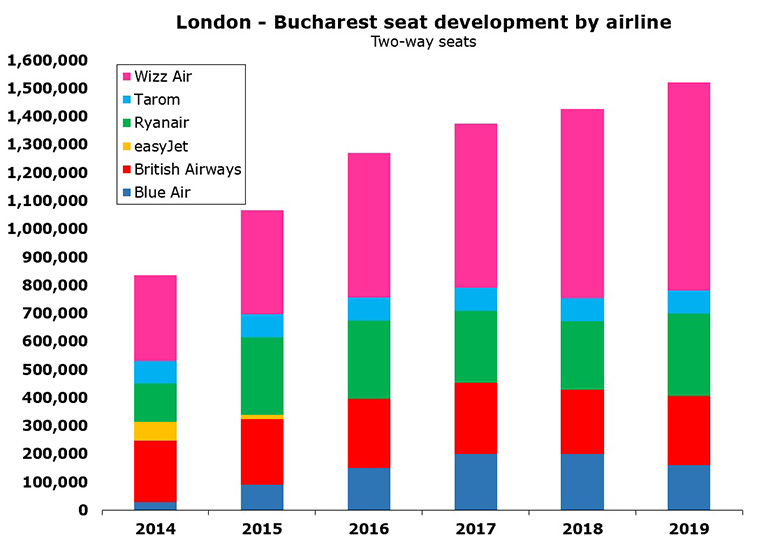 Romanian airline Blue Air bullishly added a third more seats to Luton before right-sizing amid Wizz Air’s response. easyJet ended Gatwick – Bucharest in 2015.  This was no surprise given 70% of the market is for VFR reasons and easyJet tends to perform less effectively in very VFR-heavy markets.  Above all, the main losers have been BA and TAROM, whose shares have declined notably. While over half of London – Bucharest frequencies are now by the A321, as a result of Wizz Air, TAROM’s capacity is almost exactly the same in 2019 as in 2014 from using the Airbus A318.