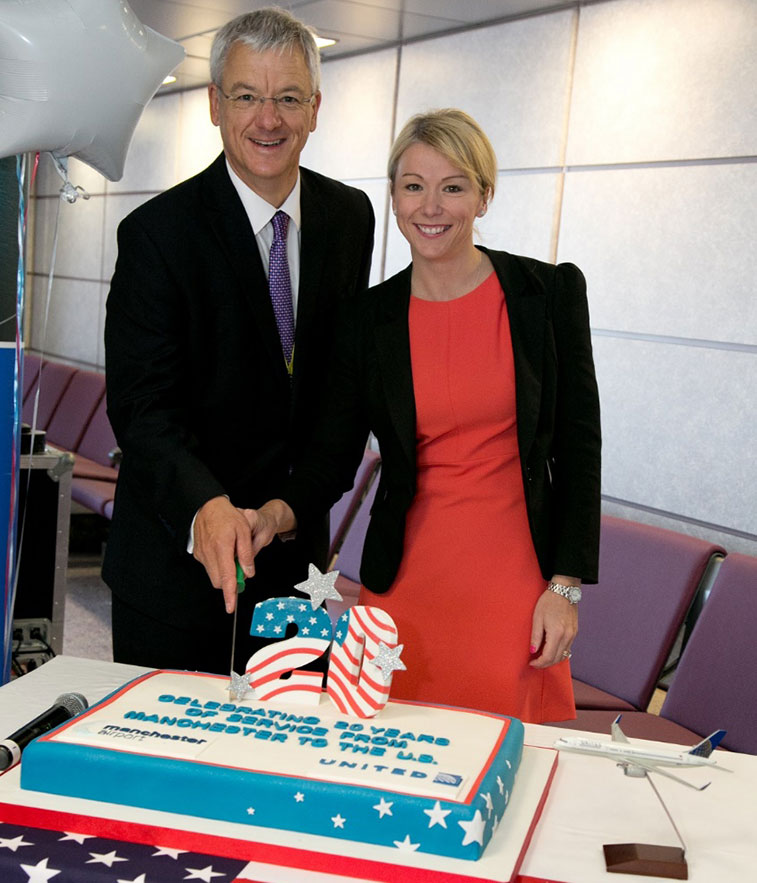 The Boeing 757 has long been key for United (and, for it, Continental) to Europe, especially the UK and Ireland.  Once, a number of other UK cities – including Belfast, Birmingham, Bristol, and Newcastle – saw the 757 from the US.  With United’s order for 50 Airbus A321XLRs, it will be very interesting to see what new routes (or resumptions) occur, alongside replacing the 757 on existing routes.

United Airlines has placed a firm order for 50 Airbus A321XLRs, with planned international service from 2024.  At list prices, the deal is worth over $7 billion.  United has acknowledged the importance of simplifying its fleet, with Airbus A350-900s to replace its B777-200/200ERs from 2027. 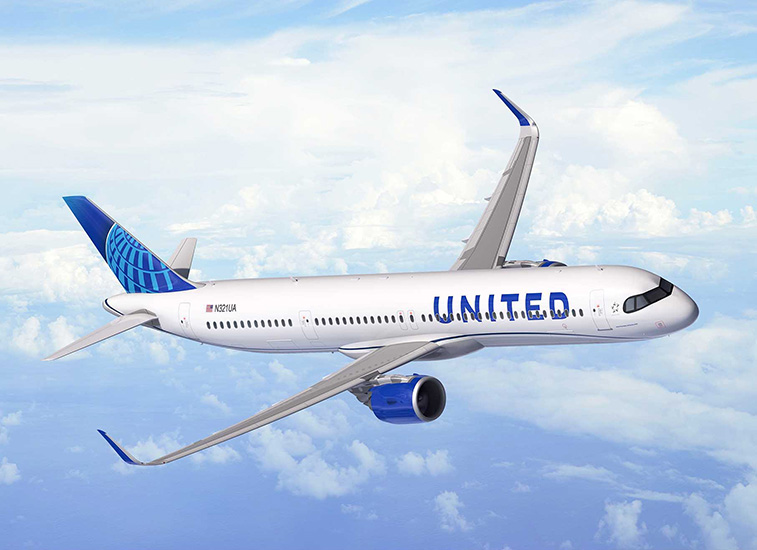 An artist’s impression of an A321XLR in United’s new livery. It will primarily operate from United’s Newark and Washington Dulles hubs.

The XLRs will replace some of United’s Boeing 757-200s – with an average age of over 21 years.  They will reportedly have around 170 seats and feature United’s lie-flat Polaris business cabin.  Airbus says that its XLRs will have around a 30% lower fuel burn than the B757s they’ll replace.

In 2019, United has almost one million US – Europe seats operated by 757s.  This hides significant seasonality.  United’s 757s fly over six times as many seats to/from Europe in the summer versus winter. Across American, Delta and United, 757 seats are down to 1.8 million in 2019 from over five million in 2011.  United’s share has declined from a high of (naturally!) 75% to 55%. 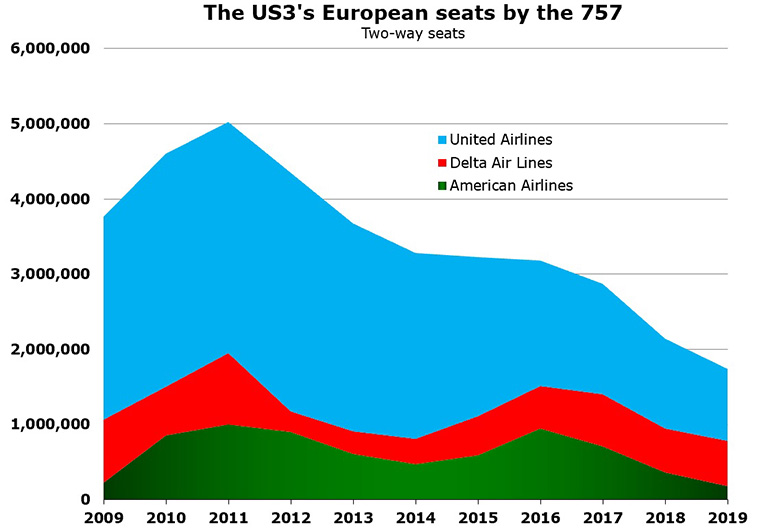 In summer 2019, United operated 14 European routes with the 757.  All but two were from Newark and Dulles.  The exceptions were Chicago O’Hare to Dublin and Edinburgh.  All 14 had an average sector length of just under 3,000 nautical miles.  This is well below the theoretical 4,700 nautical miles stated by Airbus. In reality, a limit of about eight hours seems reasonable from a passenger perspective. 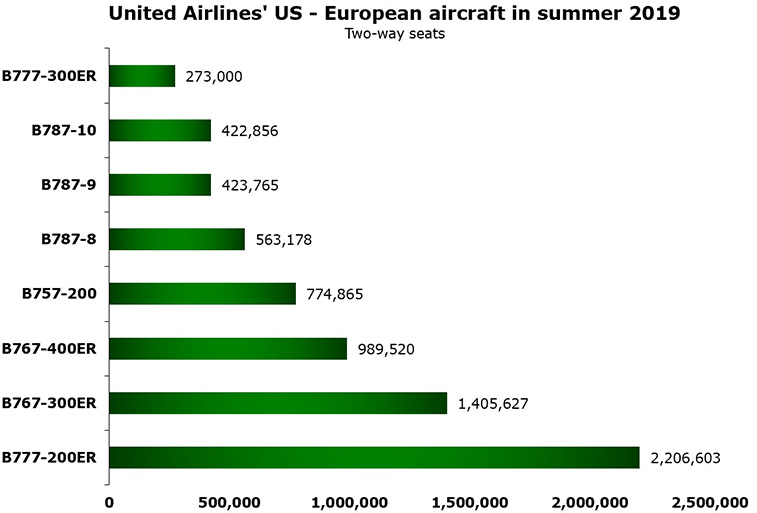 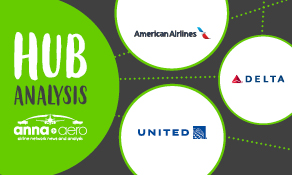