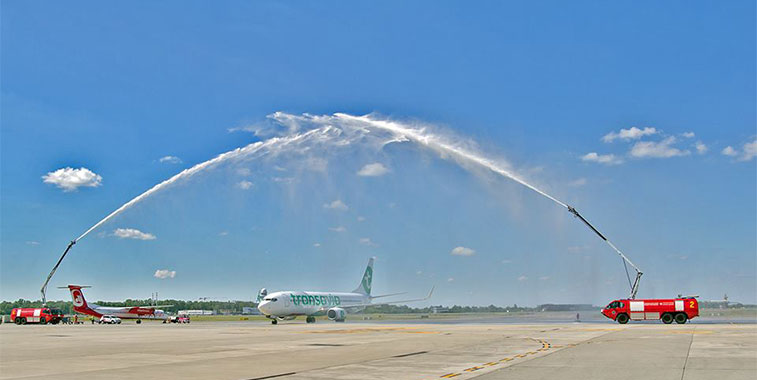 Montpellier will become Transavia France’s fourth French base.  The airline will provide a significant capacity boost at Montpellier.

Transavia France, the LCC subsidiary of the Air France-KLM Group, has announced that its first departure from its new base – Montpellier Mediterranee – will be on the 3rd April 2020.  Its first flight will depart to Faro at 0600.

Transavia France is new to Montpellier

Presently, Transavia France doesn’t serve Montpellier, although Transavia, the Dutch unit, operates seasonally from Rotterdam.  Montpellier will be Transavia France’s fourth base in France.  The airline previously announced that it’ll operate 20 routes from Montpellier in 2020 using two based aircraft.

So far, only 12 of the expected 20 are available in the carrier’s pulldown menu.  Interestingly, two more – Djerba and Tunis, both in Tunisia – have promotional material, but they haven’t yet been officially announced. Nine of the first 12 were chosen by anna.aero, with 10 including Djerba.  Additionally, anna.aero suggested Catania in Scilly, but Transavia France chose Palermo instead. 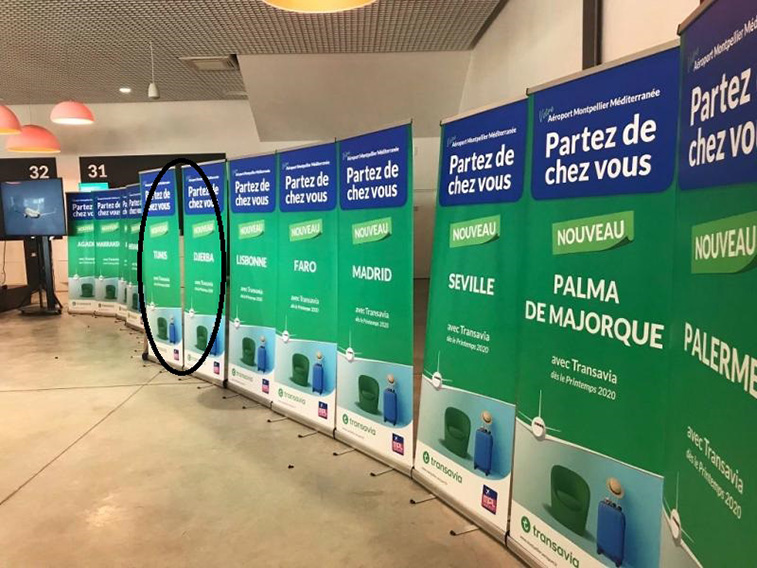 Will it or won’t it?  Djerba and Tunis, both in Tunisia, have promotional material for launch from Montpellier, but as yet they have not been announced.

Only one route will see direct competition

Of the initial 12 routes, eleven will see no direct competition.  Only Marrakesh, in Morocco, will: Air Arabia Maroc operates four-weekly year-round.  Transavia France will offer a twice-weekly service. If Djerba and Tunis materialise, they too won’t see direct competition.

For the past ten years, Montpellier’s capacity development has been very minimal.  Air France is still by far the largest operator at the airport, with Volotea and easyJet taking the next two spots.  In April this year, Ryanair moved to Beziers, 70 kilometres away.  The arrival of Transavia France will provide Montpellier with a significant capacity boost, possibly reaching three million seats. 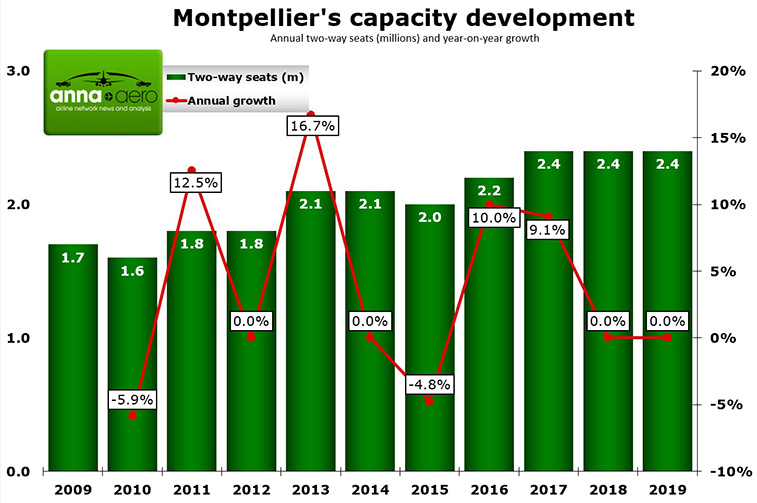