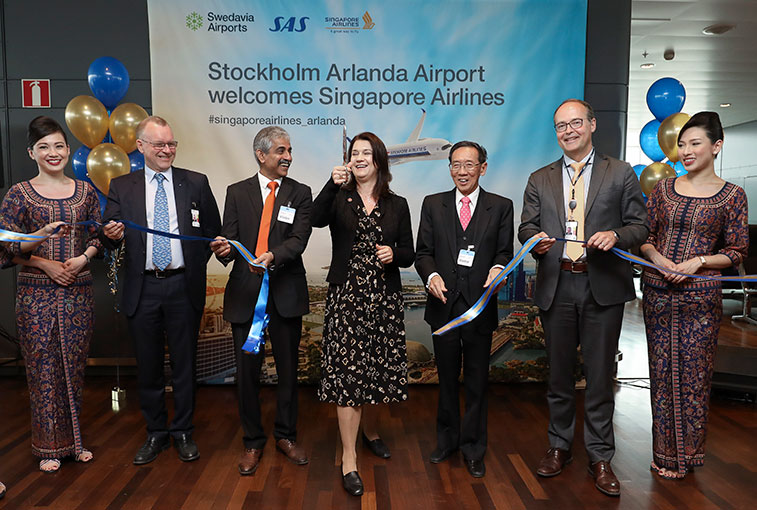 Europe is a key part of Singapore Airlines’ network, with Southeast Asia – Europe the airline’s number-one connecting market. In the week starting 9th December 2019, the airline serves 14 European airports with 15 daily flights. With four-daily, London Heathrow is by far the number-one, both for P2P and connections.  With two-daily, Frankfurt is number-two, also enabling Singapore Airlines to benefit from fellow Star Alliance partner, Lufthansa.

These five had around 35% of the airline’s total connecting passengers.

Australia, India, and Indonesia are of crucial importance to Singapore Airlines.  They account for around 5.7 million of the 13 million.  Their significance is shown in the top-20 airport-pairs, with Australia featuring nine times, Indonesia ten and India four.  The Kangaroo Route is alive and well, with London Heathrow – Australia taking most of the top-five spots.  But it is Jakarta – Hong Kong that leads.  Across all airlines, an estimated 605,000 flew between them. Of this, Singapore possesses a 13% share. 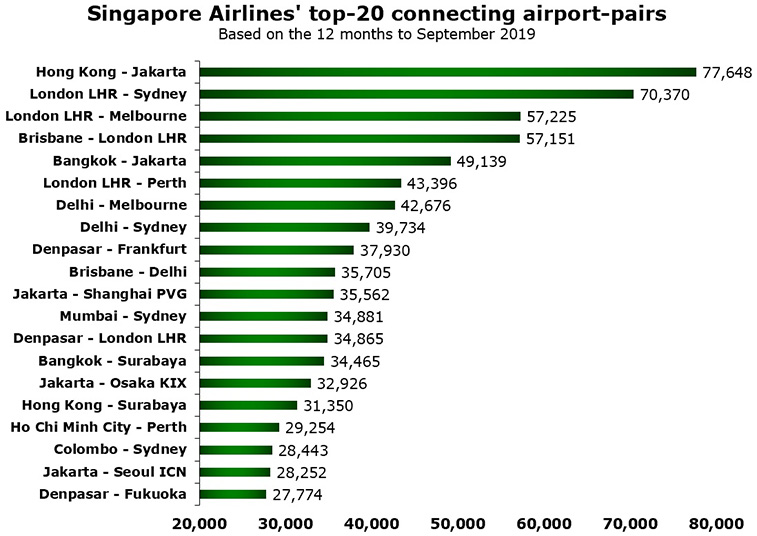 Australia, India, and Indonesia stand out in country-pairs too.  But especially Australia – which features 10 times in the top-20.  This is from location, product, high frequency and number of cities served.  Between Singapore and SilkAir, there are 21 daily services to seven Australian cities. 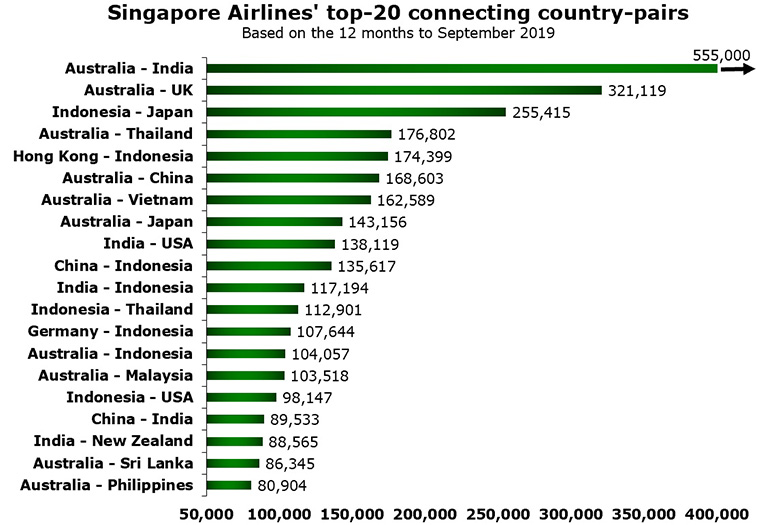 Australia – India is the largest country-pair, with six airport-pairs seeing more than 20,000 passengers, led by Delhi – Melbourne with 43,000.  Singapore Airlines’ strength also benefits from few alternative hubs between the countries.  This is compounded by Malaysia Airlines’ much smaller presence now to/from Australia

Across all airlines, Australia – India saw nearly 1.8 million passengers, with all but ~120,000 connecting.  Singapore Airlines had a one-third share, followed by Malaysia Airlines with 18%, and Thai Airways with 9%.  Cathay Pacific had 100,000 passengers and was number-four with 6%.  However, despite the prevalence of London Heathrow – Australia at airport-pair level, Australia – India is 73% larger for the airline than number-two, Australia – UK.