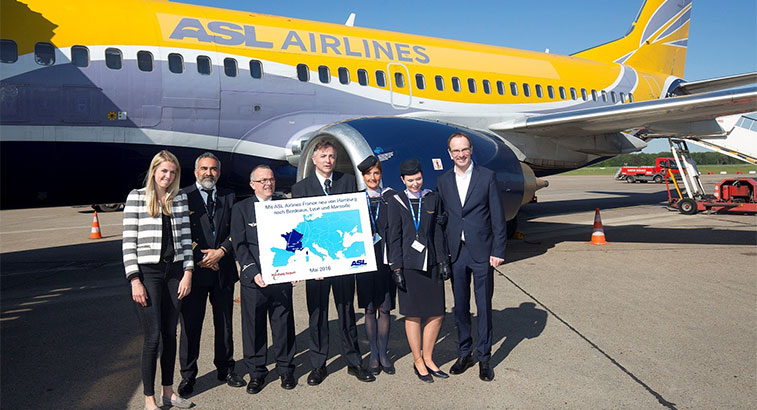 There are 80 unserved routes within Europe with a minimum of 20,000 connecting passengers before stimulation.  These 80 are led by Hamburg – Toulouse, which was served for years by Eurowings/Germanwings.  Hamburg – Lyon is 19th, with this previously served by Air France and, in summer 2016, ASL Airlines. In 2016, ASL operated seasonal services to Hamburg from Bordeaux, Lyon, and Marseille. Only Bordeaux remains, operated by easyJet.

Most of the top-20 unserved routes, below, have already been served, necessitating a look at why they failed beyond simply insufficient revenue per passenger in itself or against other opportunities.

Hamburg – Toulouse is the largest unserved route, with 75,000 passengers in the past year and an estimated average fare of USD$122 one-way (excluding taxes).  It was last served by Eurowings until March 2018.  Eurowings – and before that, Germanwings – operated it for many years.  It was always a low-frequency route, at two-to-three-weekly.  This route seems an obvious addition for easyJet or Ryanair.  easyJet has a base at Toulouse while Ryanair currently has a base at both ends.  However, Ryanair is closing its Hamburg base in January 2020, although this doesn’t mean new routes won’t be added.  In 2019, Hamburg was connected to five French airports: Paris CDG, Nice, Nantes, Bordeaux, and Bastia.

With no service, Toulouse and Lyon stand out. Likewise Hamburg – Marseille with 24,800 (not quite in the top-20).  These were last served by ASL France in summer 2016 on a twice-weekly basis.