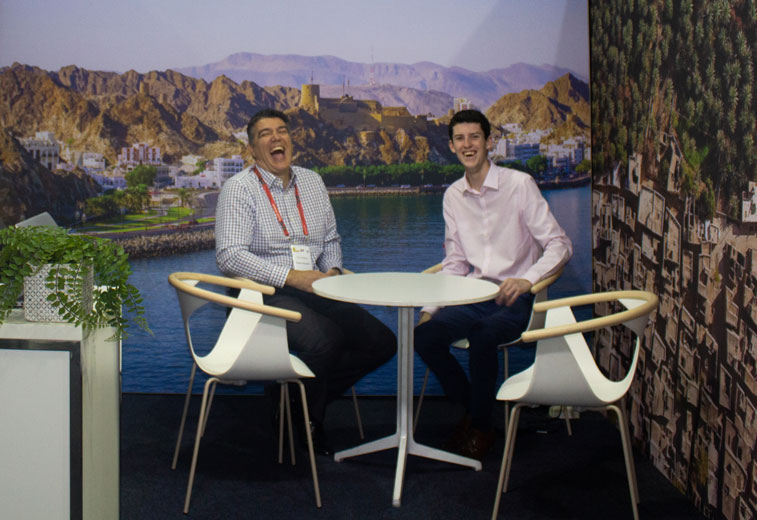 It has been a busy time in the past few years for Oman Airports. Muscat opened a new passenger terminal in March 2018, and a few years before that Salalah Airport, Oman’s second international airport, opened. This work has meant there are no slot constraints at either airport. This has enabled Azerbaijan Airlines, GoAir, Gulf Air and Etihad to all launch new routes in 2019.

While 50% of Muscat’s traffic is connecting with Oman Air, LCCs are the main source of growth.  Salam Air launched with three aircraft in 2017, expanding to nine by year-end 2019.  Salam Air has just announced its first route to Thailand with a three-weekly Muscat – Phuket service, curiously beginning the same month as the announcement.

A key part of Oman Airports’ work is attracting inbound tourism. Dr. Tibor Mihalka, Aviation Marketing Senior Manager, and Salsabeel Al Busaidi, Airline Marketing Specialist, explained that the airport operator has co-created the Oman Aviation Group. This is a partnership between Oman Air, ground handling companies as well as destination marketing agencies to attract more inbound tourism to Oman, and will see the parties work together on campaigns to achieve this. 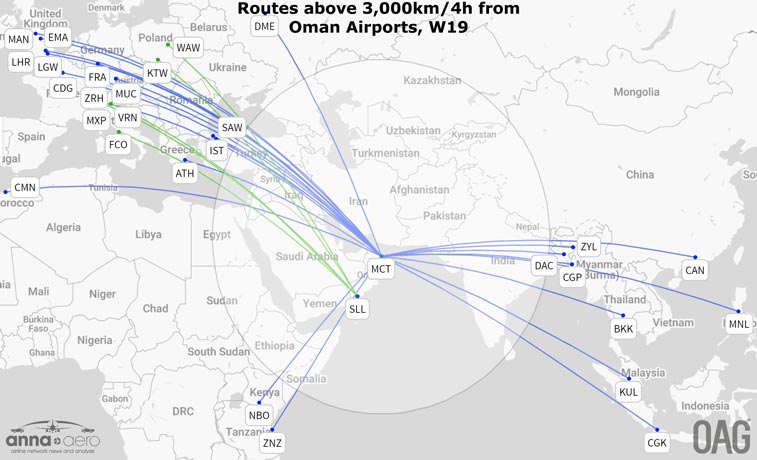 Dr. Mihalka explained that: “A challenge is market saturation on sub-4h routes, with India, Turkey, CIS and UAE all very well served by both Oman Air and inbound carriers. Therefore, we need to focus on long-haul. For example, 50% of traffic to the Phillippines is still indirect, and other underserved markets include Scandinavia, CEE, and China.”

He noted that, from a hub perspective, “we’d like to focus on connecting Asia and CIS with Africa.” For Scandinavian/CEE destinations, long-range narrowbodies could be ideal for LCCs to serve Oman.  But will they?