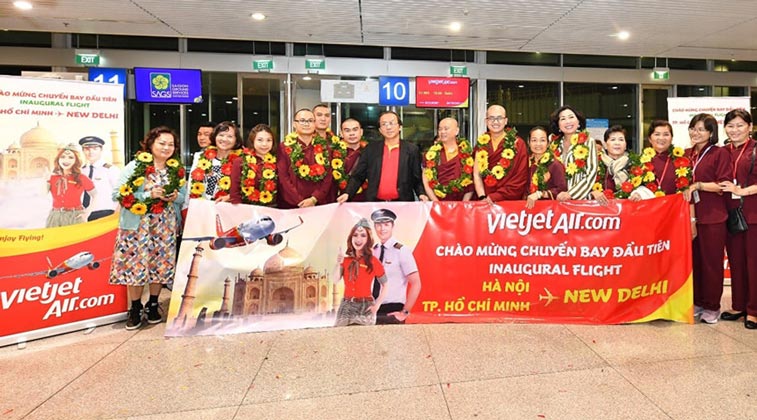 The crew and airport staff celebrate the launch of VietJet’s four-weekly service to Delhi from Hanoi and Ho Chi Minh City.

VietJet on 06 December launched four-weekly services between Ho Chi Minh City and New Delhi by the A320. This follows IndiGo’s October 2019 launch of Vietnam.

VietJet’s growth in the past few years has been remarkable. Numbers have more than doubled in five years and they’re up 10 million in two years.   Domestic growth accounted for six million of these 10, up 42%, while international grew 3.5 million but from a much lower base.  As such, international was up 126%. 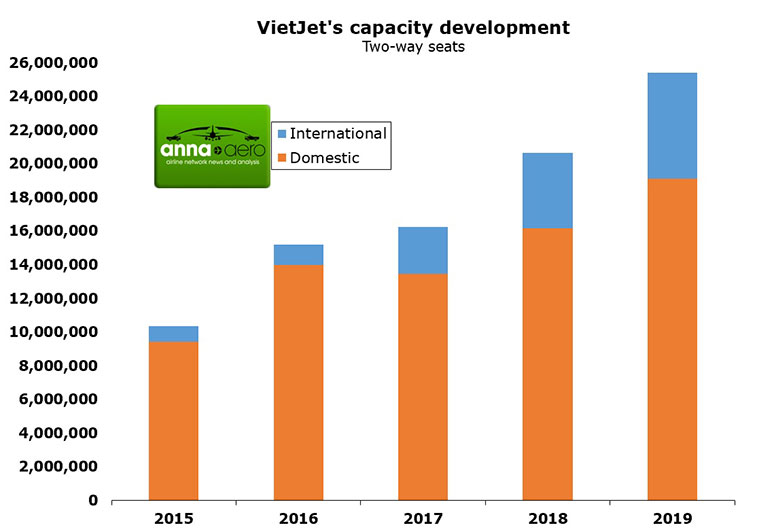 In 2015, international seats accounted for 10% of VietJet’s total capacity.  Come 2019, this has grown to 25%.  Part of this is from VietJet moving towards larger aircraft on longer flights.  This is a trend that should see per-seat costs reduce as aircraft are used on routes closer to optimum efficiency.

VietJet was one of the initial operators of the 230-seat A321, and in 2019 operates 240-seat A321neos. Combined with the re-engined version possessing a ~15% lower fuel burn than existing aircraft, its neos are set to reduce CASK further on longer sectors and provide a threat to widebodies deployed by rivals including Vietnam Airlines and ANA. 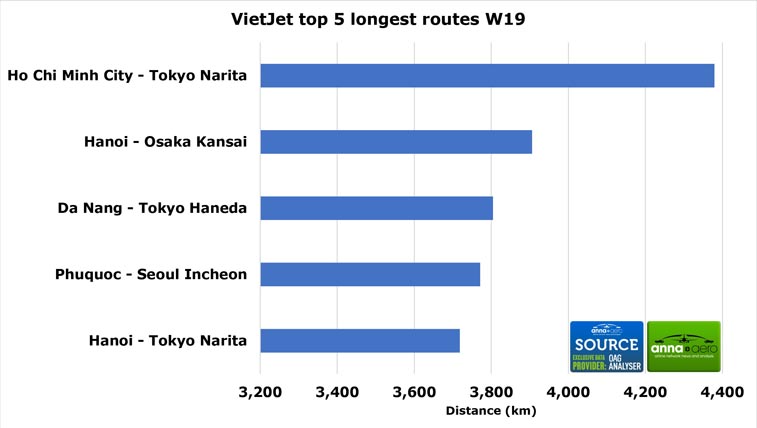 Japan is the primary longer-range market for VietJet, with 6h+ flights to both Tokyo airports and Osaka. It will be interesting to see how it competes with established mainline operators, which use three-class widebodies on the sectors. And also if high-density narrowbody operations can unlock a greater share of this highly competitive market. 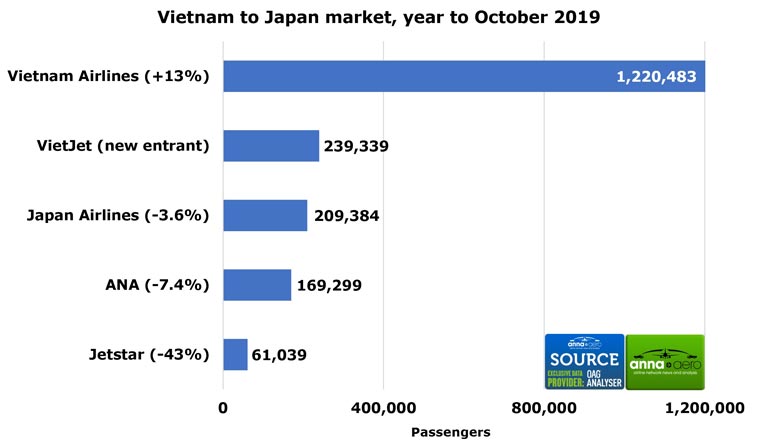 Source: OAG Traffic Analyser. As well as leading in O&D traffic, Vietnam Airlines dominates for connections, holding a 37% market share. VietJet- being a ULCC – does not facilitate connecting traffic.