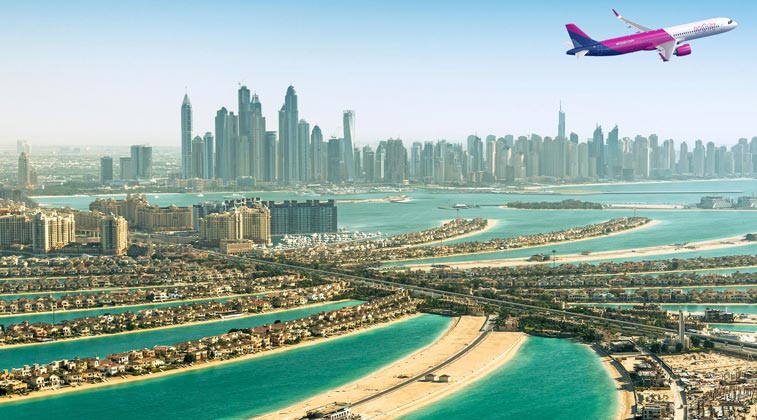 Wizz Air has announced a new subsidiary: Wizz Air Abu Dhabi, set to launch in the second half of 2020. This is set to rival the previously announced Air Arabia Abu Dhabi operation, which will commence operations in the first half of 2020.

Wizz Air today made the shock announcement of a new subsidiary in Abu Dhabi. The fleet will be made up entirely of 239-seat A321neos, with Wizz Air’s CEO saying that, in time, Wizz Air Abu Dhabi expects 50 aircraft and 20 million passengers.

It is set to take the fight to low-cost rivals operating from Abu Dhabi itself and other UAE airports. This new subsidiary is provisionally expected to launch flights in late 2020, pending final regulatory approval. Air Arabia is also to start an Abu Dhabi unit.

Wizz Air the first ULCC based in the UAE? 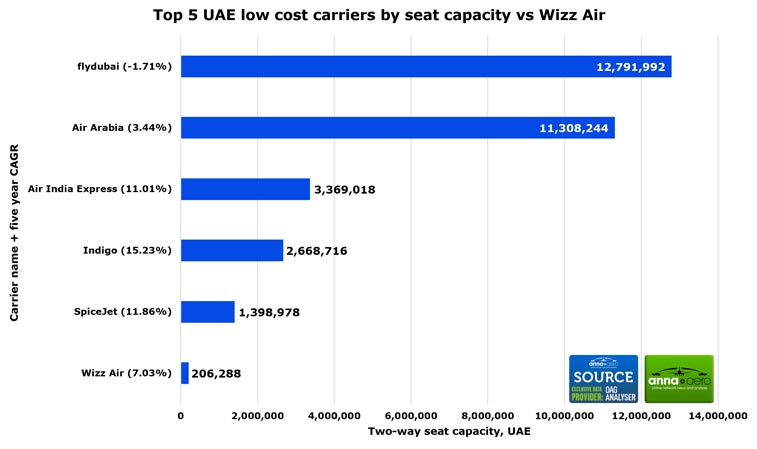 A total of 17 traditional LCCs/hybrid operators currently serve the UAE, with over 33 million two-way seats in 2019. flydubai is the market leader, which has been supercharged in the past three years with the Emirates joint venture. The increasingly close partnership between Emirates and flydubai – including changing which operators serve which routes and feeding each other’s – gives strong flexibility to the Group. Single-fleet, unaligned Wizz will do what it does best: focus on point-to-point routes to stimulate demand.

When studying growth, non-UAE based carriers are the strongest. IndiGo and SpiceJet have posted over 10% CAGR since 2015. 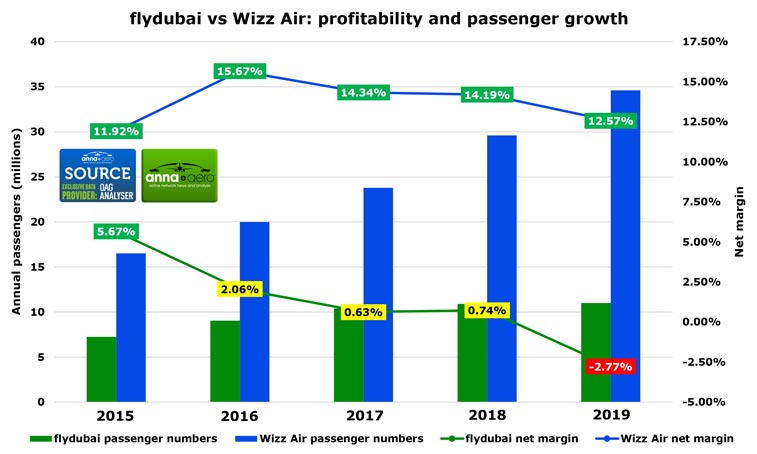 Although Wizz is currently a small player in the overall UAE low-cost market (ranking #11 by seat capacity), it has posted strong passenger growth in the market (CAGR 7.03%). This is continued network-wide, whilst retaining extremely high net margins above 10%. Meanwhile flydubai, despite having the largest presence, has struggled, with profits declining year-on-year since 2015, and posted a loss in FY18/19. Wizz also benefits from the lowest CASK of any European airline, at 3.35 Euro cents. 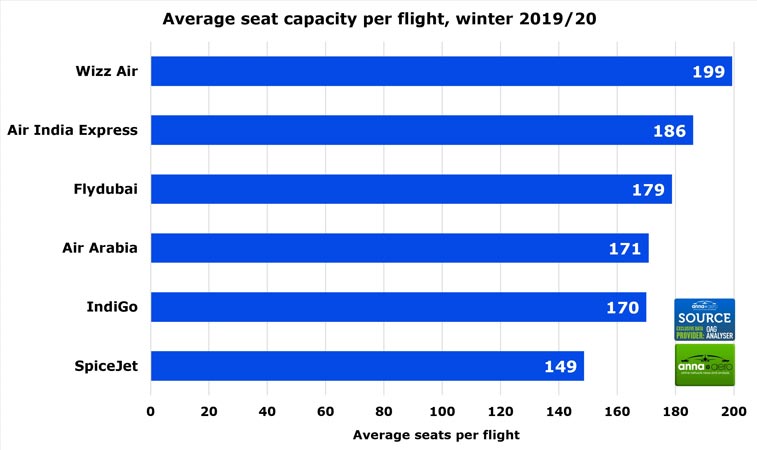 Wizz Air is the clear leader here, as it moves to larger aircraft and expects its fleet to be 61% large narrowbodies by 2021. This will include the 230-seat A321, and in the case of Wizz Air Abu Dhabi entirely 239-seat A321neos. This further helps to reduce unit costs, and allow Wizz to undercut rivals on price. 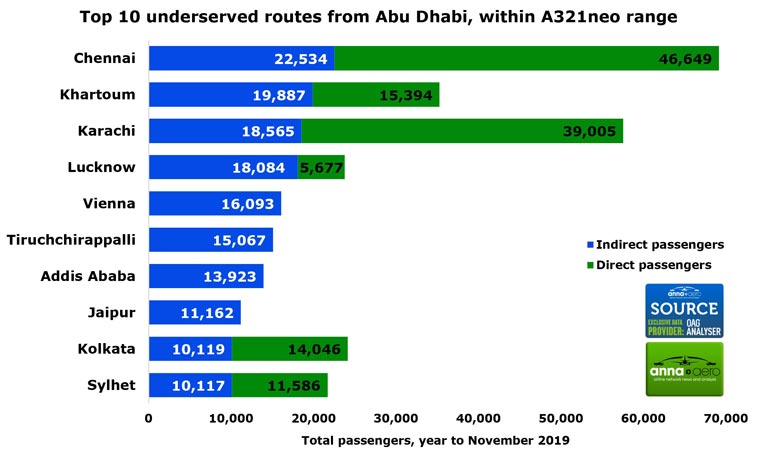 Excluding destinations with political barriers, like Qatar, reveals that South Asia and especially India are the largest potential markets for Wizz Air Abu Dhabi. Vienna is a surprise top European unserved destination and could be inevitable given Wizz Air’s rapid base expansion there. In the end, bilateral agreements remain a strong impediment from the UAE to India (unlike Saudi Arabia to India) and across the Middle East.