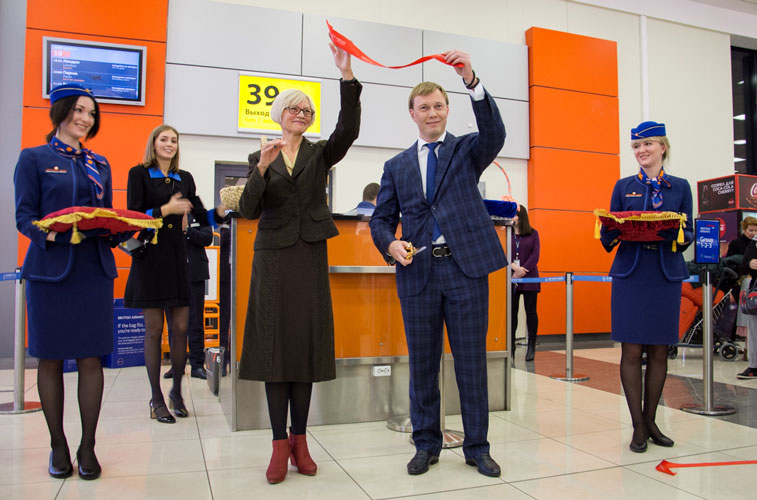 With between 18 and 25 million people, Moscow’s metropolitan area is the largest in Europe and one of the largest in the world. Moscow’s three airports – Sheremetyevo, Domodedovo, and Vnukovo – were joined in 2016 by a newcomer to passenger service: Zhukovsky.

Since 2009, total seats at Moscow’s four airports have increased by 132%: from 52 million to 120 million. The Russian financial crisis, and wider crisis, in 2014-2015 didn’t itself reduce Moscow’s overall capacity, but it did slow it down. The decline in 2016 was mainly from the end of Transaero. 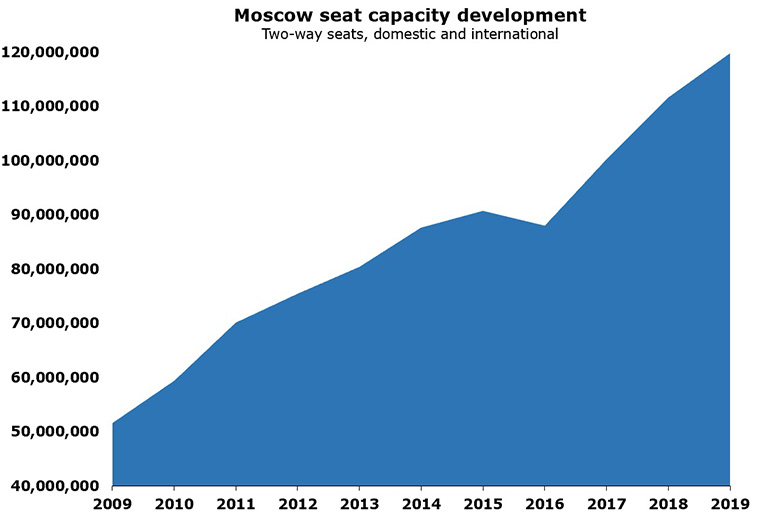 In the five years to 2019, Moscow’s city-level seat capacity was up a significant 29 million.  Sheremetyevo was overwhelmingly responsible for this, with its seats up nearly 25 million in five years (!). 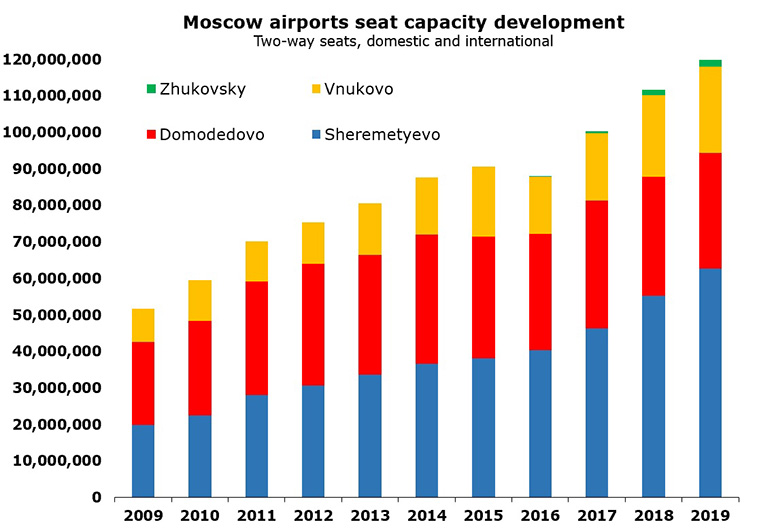 Clearly, Domodedovo, the city’s higher-end airport, has suffered, with its 2019 capacity, 31.5 million, back to what was achieved in 2011.  This was, of course, from the 2015 collapse of Transaero and, in 2018, VIM Airlines.  Several airlines have also moved Moscow airports, including Brussels Airlines (to Sheremetyevo), Japan Airlines (Sheremetyevo), and Uzbekistan Airlines (Vnukovo). This was counterbalanced by Air Astana and Red Wings, for example, moving to Domodedovo (2019 and 2016 respectively). 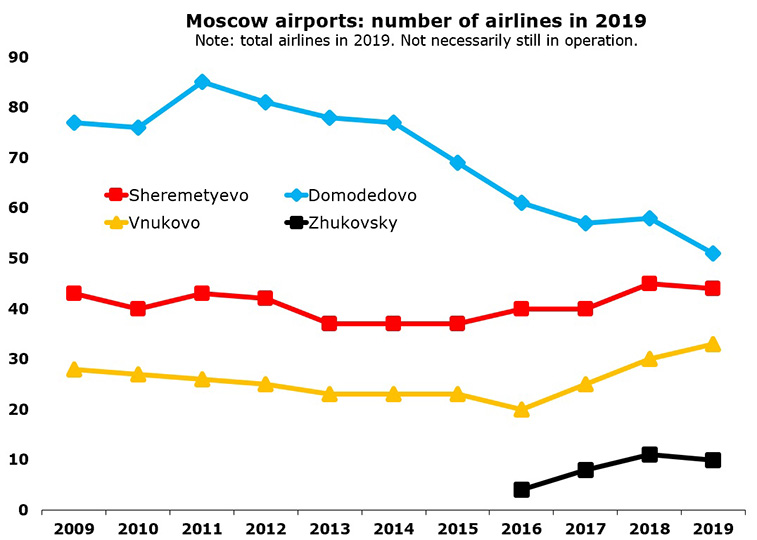 Source: OAG Schedules Analyser. This figure refers to the total number of airlines operating at each airport each year.

Since 2015, international seats at all Moscow airports grew by almost 16 million against 13 million for domestic.  The back-and-forth between Moscow’s source of seat development is clear. 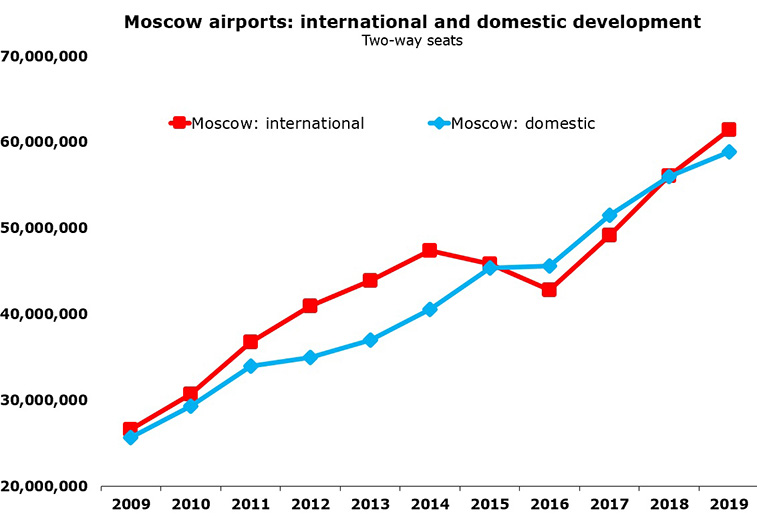 The years 2013 and 2014 saw international exceed domestic by around seven million; by far the highest in recent years.  The 2014 crisis hit international capacity in particular, with the decline mainly from international operators. Come 2019, international won, but only just: 61 million seats against 59 million.