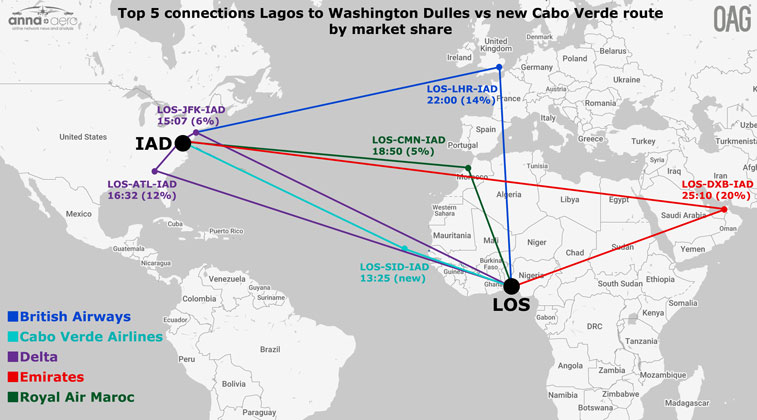 The effect of Cabo Verde’s new service on the Lagos – Washington, DC, market is stark. Previously, it was impossible to complete the journey in under 15 hours, yet now it is achievable in 13h 25. This is also close to being a great circle routing between the two, which is much more efficient than the current most popular routing via Dubai. Almost a third of that journey involves heading in the wrong direction away from the US.