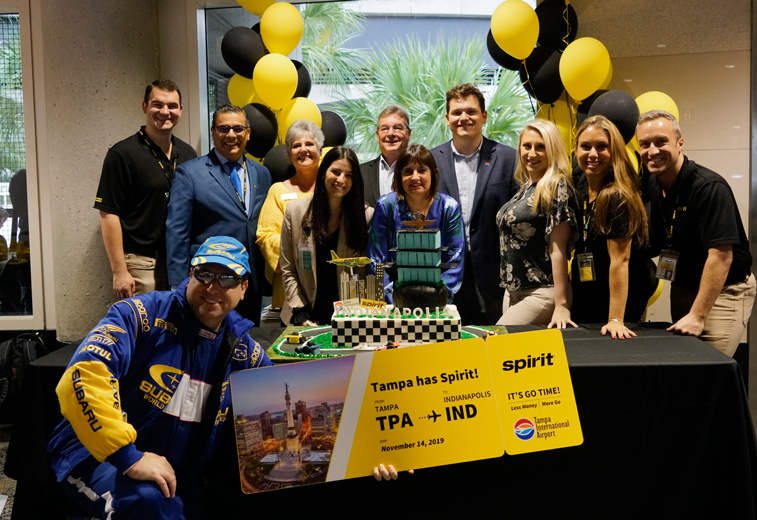 In late 2019, Spirit Airlines began another route from Tampa International: to Indianapolis. The carrier is now Tampa’s fifth-largest airline, with 2.5 million seats. 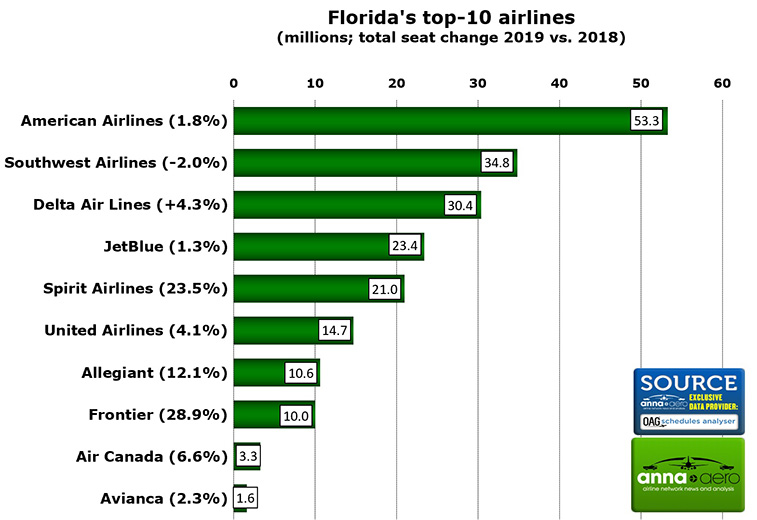 Miami makes American Airlines the largest carrier both domestically and internationally. And the airline grew strongly YOY by absolute seats, up 921,000 from increases at multiple Florida airports. This contrasts with second-placed Southwest, whose seats declined by almost 600,000 YOY.  This was in part from a 467,000 cut in capacity at Orlando from multiple route reductions and eliminations, the latter including Newark. This month, January 2020, sees Southwest end New York LGA and long-distance service to Oakland, San Jose, and Sacramento. However, its reductions were counterbalanced by increases to the likes of fast-growing Austin and Nashville. Despite Southwest’s cuts, Orlando’s total seats grew by 3.3 million YOY.

Atlanta has almost as many Florida seats as Newark, LGA and JFK combined

The dominance of American Airlines is not necessarily immediately perceived from Florida’s top-10 routes.

Atlanta is by far Florida’s number-one destination with nearly 21 million seats last year.  Charlotte, meanwhile, another well-positioned hub for Florida, had two-and-a-half times fewer seats to/from Florida despite serving the same number of airports as Atlanta.  This is from a combination of fewer airlines serving the state from American Airlines’ North Carolina hub, a much higher concentration of regional jets (5% from Atlanta and 21% from Charlotte), and lower frequencies.

Six airlines operate between the Georgia capital and the Sunshine State with 178 flights each day, each way in the week of 6th January 2020. However, it’s obviously all about Delta, which serves 16 airports in Florida, as below, with 135 daily flights. 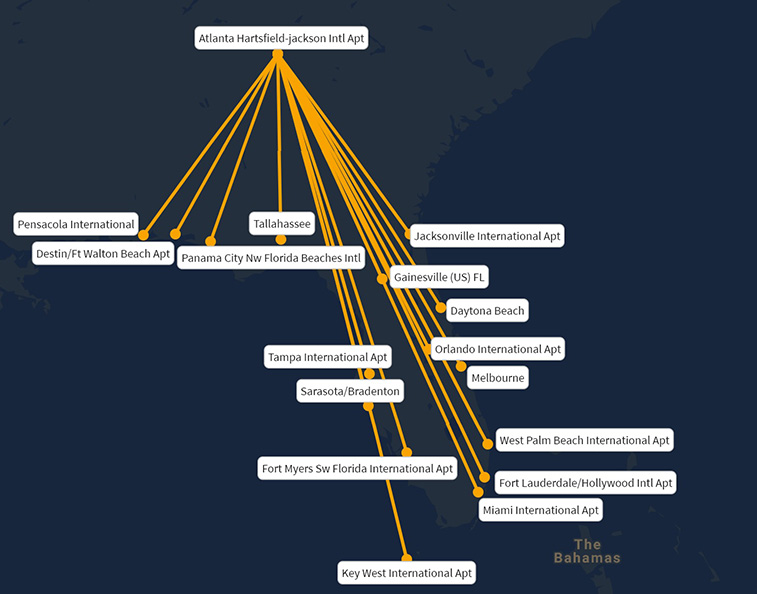 Florida is the host of ACI’s 2020 Air Service Data Seminar from where anna.aero is reporting this week.