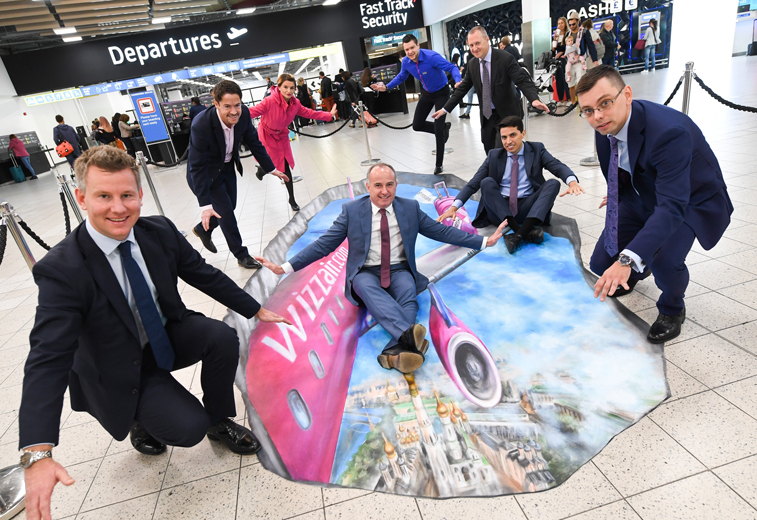 London Luton – St Petersburg was added by Wizz Air in October 2019. It complements its existing Budapest – St Petersburg.  On the 17th January 2020, the carrier announced four new routes as a result of the new seventh freedoms: service from Bratislava, Bucharest, Sofia, and Vilnius.

Moscow’s airports added 28 million seats in the past five years. Now St Petersburg – Russia’s second-largest city and the country’s fourth-busiest airport – is keen to really stimulate tourism and benefit from the resulting economic development. To this end, the city – rather than Russia as a whole – has taken two very bold steps.

St Petersburg has introduced e-visas free-of-charge for citizens of 53 countries, including all of the EU (except the UK), doing away with the need for Russia’s longwinded and expensive ‘normal’ visas.  And most eye-openingly, it has, from the 1st January, introduced seventh freedom traffic rights that will likely appeal most to foreign LCCs.

The opened access is now available from St Petersburg to 30 countries.  There are no restrictions – airports able to be served, frequency, capacity, aircraft, number of airlines – to 21 of these, including Belgium, Malta, and Switzerland.

But there are restrictions to nine, which includes Germany – a crucial market from Russia – and Cyprus.  In reality, they’re available to 29 rather than 30 countries, because the rules state that for Cyprus “all cities except Larnaca and Paphos” are available.