Ethiopian Airlines is Africa’s largest airline and strongest financially. It is also the most bullish, with a brand-new, 100 mppa airport coming. This photo marked the start of its Marseille service, which in the w/c 21st January 2020 is operated three-weekly.

Ethiopian Airlines achieved its Vision 2025 seven years ahead of schedule, raising the inevitable but perhaps unfair question: was it sufficiently challenging?  Nonetheless, it is now working towards its new Vision 2035. At Group level, this envisages total revenue climbing to $25 billion, its own aircraft exceeding 200 from a current 121 – and a brand-new, 100mppa airport. This goes together with the airline’s own growth and position, and that the UN expects Africa’s 1.2 billion population to double by 2050 and to reach four billion by the end of the century.

Ethiopian Airlines is by far Africa’s largest airline, with 19 million total seats in 2019.  And in 2018 it became the leading airline to/from sub-Saharan Africa by passengers, overtaking Emirates and Dubai. This is a fundamental part of its future and helps to explain its plans. 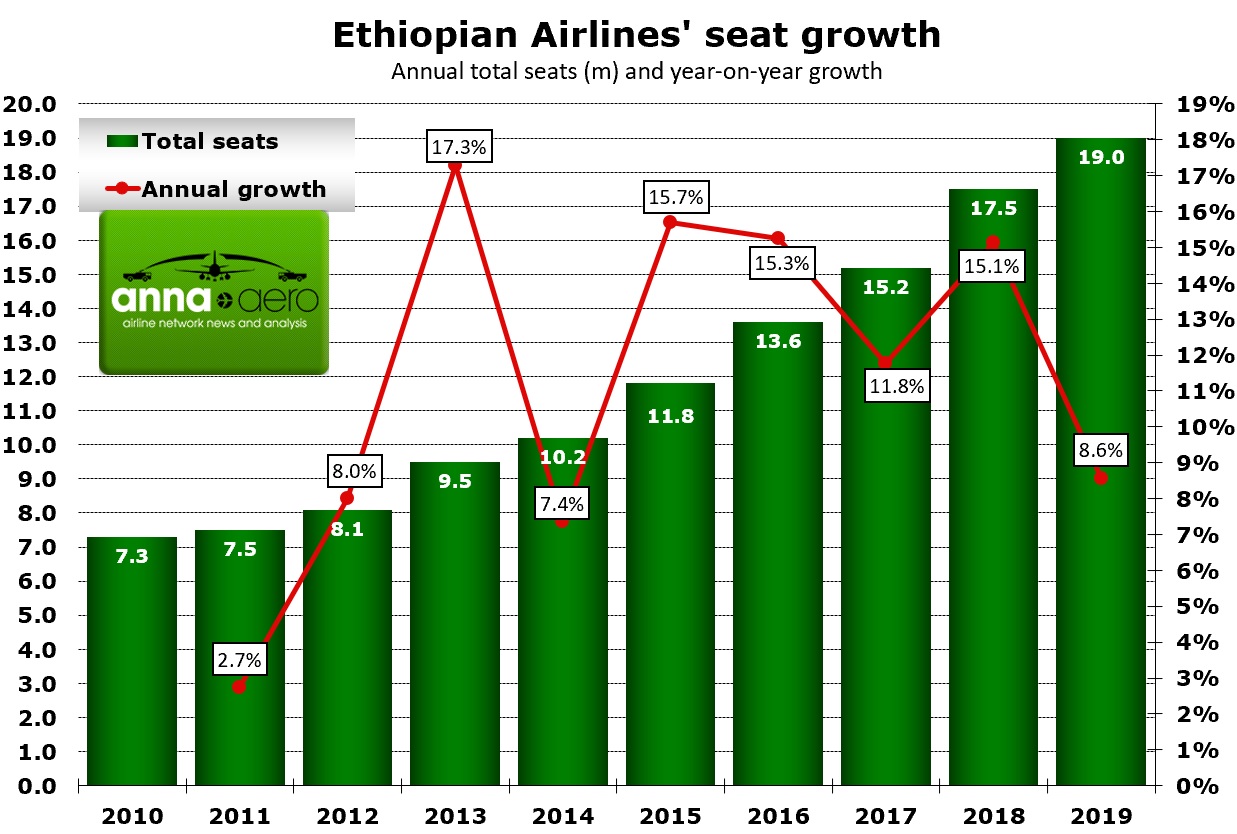 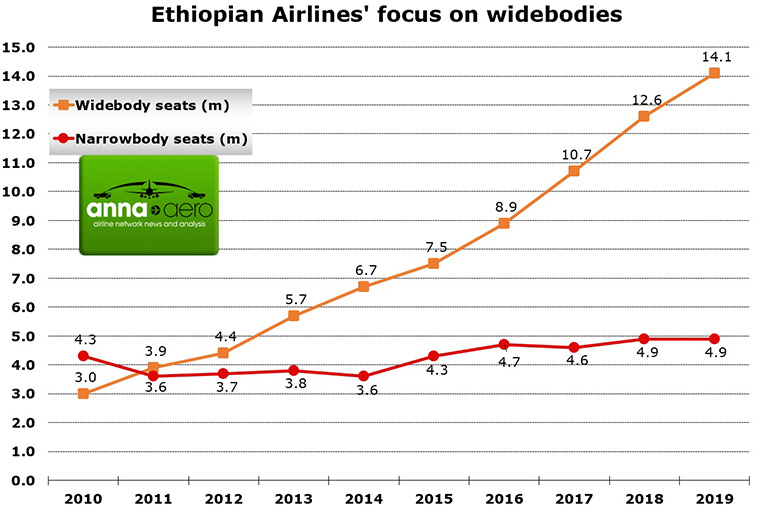 Obviously, fleet complexity is inherent in hub-and-spoke operations with many different sector lengths and widely varying levels of demand on its routes.  Greater fleet complexity, while costly, also enables greater rightsizing.  As connectivity and demand increase, both for passengers and freight, more and more city-pairs should be able to use larger and more cost-efficient aircraft on a seat and unit basis.  Widebody aircraft now account for three-quarters of its total seats, and many of its African cities now see them, at least on some flights, as in the map below. There is normally a lot of variability even among its widebodies, with most African destinations seeing two types. 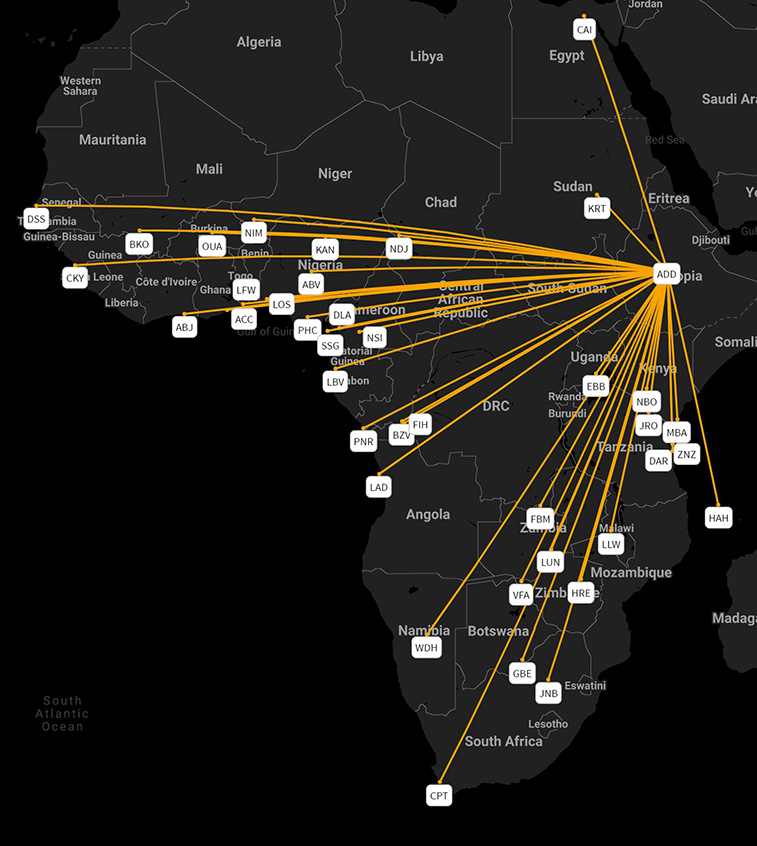 Source: OAG Mapper. This indicates African destinations where at least some of Ethiopian Airlines’ flights are by widebodies, based on the w/c 21st January 2020.  This map doesn’t show one-stops, with one-stop destinations shown here as non-stop.

Despite the challenges of the past year or so, Ethiopian is by far Africa’s leading airline financially in a continent awash with losses from a multitude of large and ongoing problems.  Despite its financial performance, it is implementing a heavy cost reduction programme targeting 10-20% savings each year.

While it is 100% government-owned, its success seems to arise from its government letting it operate commercially; the effectiveness of its management; its geographic position; and the relative lack of suitable competitors, at least for intra-Africa. Of course, its geographic position would be meaningless without its freedom from government and management effectiveness, enabling it to be capitalised on. Which it certainly seems determined to do.

Despite a brand-new terminal that opened last year with a built capacity for 22mppa, Ethiopian has announced a new airport that will be key for its future development. “It is going to accommodate 100m passengers and be larger than Dubai and more or less equal to the new Istanbul Airport,” said the airline’s CEO. Which necessitates a good look at Ethiopian’s network and hub, which will come in another article. 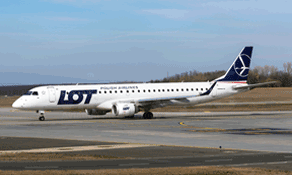