Top of the props: Boeing and Embraer studying new turboprop 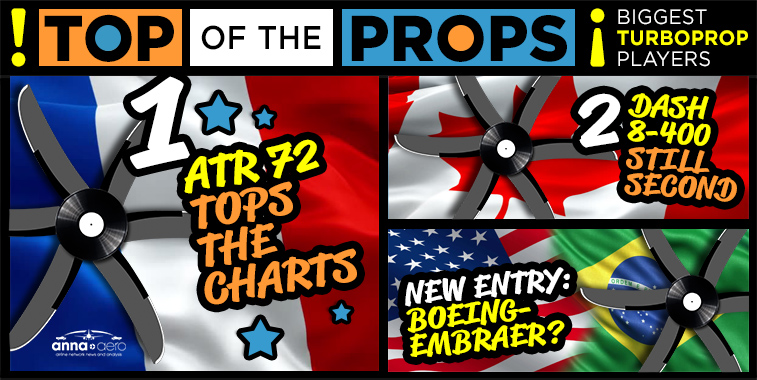 Could Boeing-Embraer break the ATR/DHC duopoly? Or should they wait for battery technology to catch up and go electric? VOTE NOW in our poll at the bottom.

Reports have emerged this week that Boeing and Embraer are developing a joint study for a clean-sheet turboprop. This would sit below the size of Embraer’s E2 jet in the 50-90 seat range, but would be conditional on gaining approval for their already-proposed merger, tentatively predicted for March 2020. 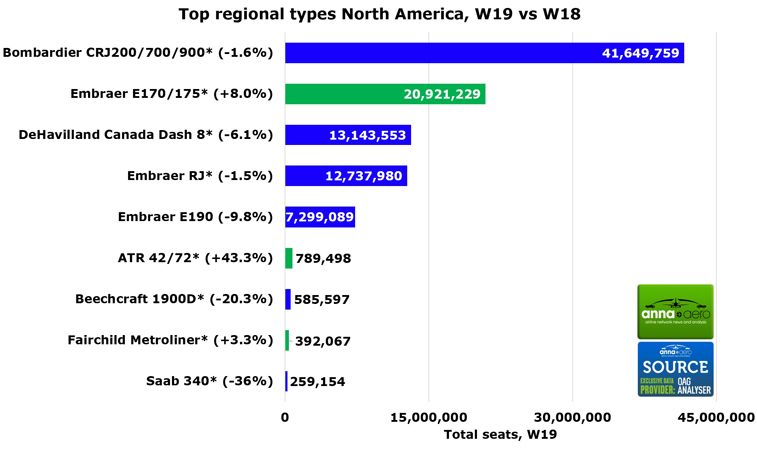 The regional market has been crying out for a new design for many years. Since the Dash-8-400 was introduced in 2000 – itself a heavily reworked derivative – there has been no new mass-market turboprops. The world’s largest aviation market, the US, has moved away from turboprops since the early 1990s, the result of public fears and the popularity of regional jets.

As fuel prices rose in 2008-09, aircraft like Bombardier’s CRJ became less economically viable than turboprops, yet usage had not picked up. Instead, sub-76 seat regional operators steadily up-gauged, moving from ERJ-145s/CRJ-200s to growing fleets of E-Jets and CRJ-700/900s. Similarly, the likes jetBlue are moving from Embraer 190s and A320s to A220s and A321s, and Silver Airways are phasing out the Saab 340 for the ATR42. No surprises, given cost and revenue opportunities.

In Asia-Pacific, however, the opposite is true. The ATR-72 and Dash-8-400 hold over 20 million seats in W19, nearly three times higher than the closest regional jet, the Embraer 190 with seven million seats. 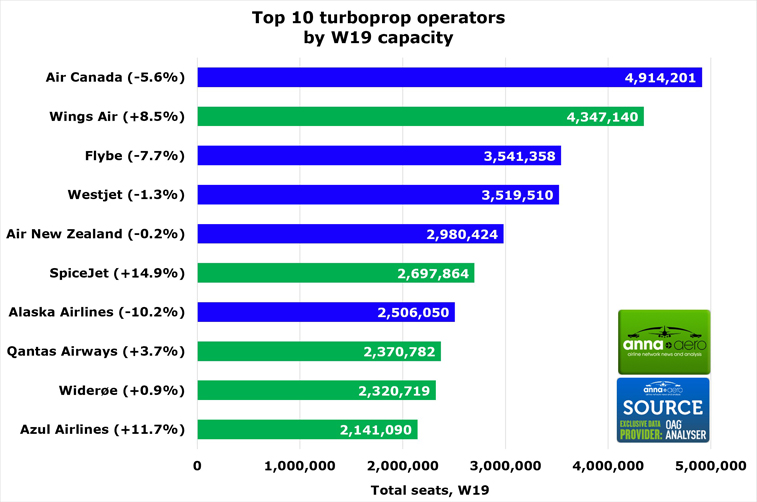 A clear trend is the growth of turboprop usage in emerging markets. Thinner, shorter sector lengths make perfect sense for such types, where narrowbody jets are too large for the market. In addition, such turboprops can be operated from shorter runways and less developed/unpaved airstrips more readily than jets. Air Canada (operated by Jazz) retires older generation turboprops, like the Dash-8-100 to -300 series, the likes of Azul, SpiceJet, and Wings Air (a Lion Air subsidiary) have all seen rapid growth. 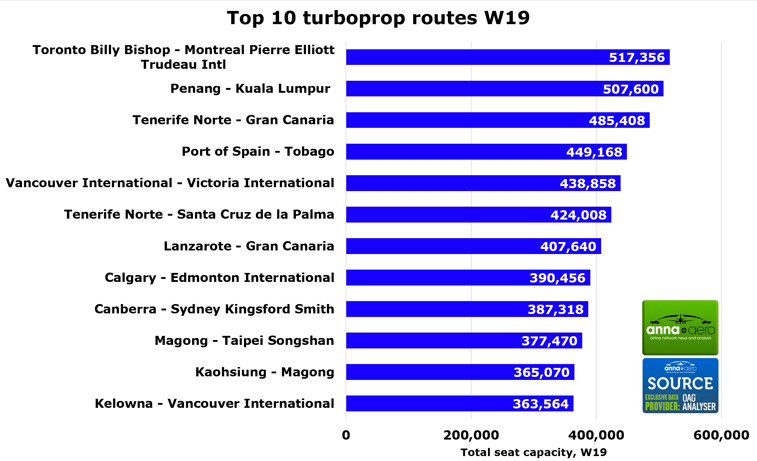 The top–10 routes demonstrate a similar picture, albeit one where the west still leads on capacity. Regional Canadian markets feature prominently, as do ‘island-hopper’ services like Port of Spain – Tobago and Lanzarote – Gran Canaria. Such island routes are unsuitable for large jets, yet the stage length means air travel is a more realistic option than by sea. Equally, routes in Asia like Penang – Kuala Lumpur and Magong – Taipei are increasingly prominent.

The two largest in-production turboprops, the ATR-72 (35 million seats) and Dash 8-400 (25 million seats), hold almost the entire global turboprop market share in W19. Although the ATR-42 still has some usage, there has been a clear trend for up-gauging to minimise seat costs over often marginally profitable regional sectors.

Could electric technology in 20+ years revolutionise the regional market? Or should Boeing/Embraer give the go-ahead with the aim of seizing the conventional turboprop market now? VOTE NOW!