Iran could be an aviation paradise in medium term 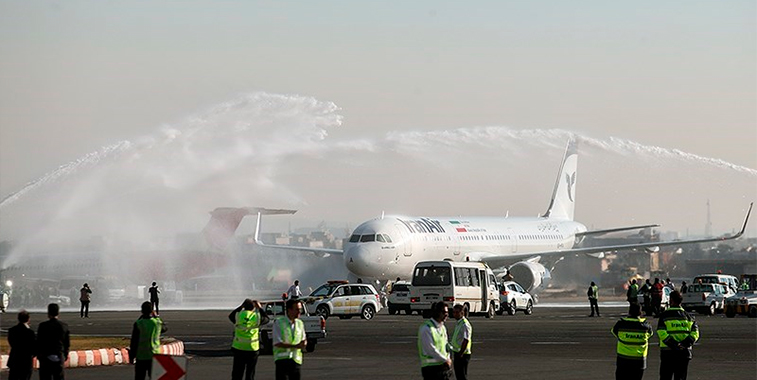 Sanctions, and more, curtail Iran’s aviation development. But with a large population, a big area, large youth population, and slow overland transport, the potential is there for iran to be a significant player at some point in the future.

Iran is often in the news, but not for aviation.  This is mainly from the severe sanctions that impedes any real development, especially for Iranian operators.  It is, of course, these sanctions that prohibit the replacement of aircraft. Thus operating old aircraft – exciting to avgeeks! – and the inability to grow. Last year, Iran’s collection of small operators produced a median of just 700,000 domestic seats each across an expensive domestic network. Many, like Qeshm Airlines, are undiscussed internationally. 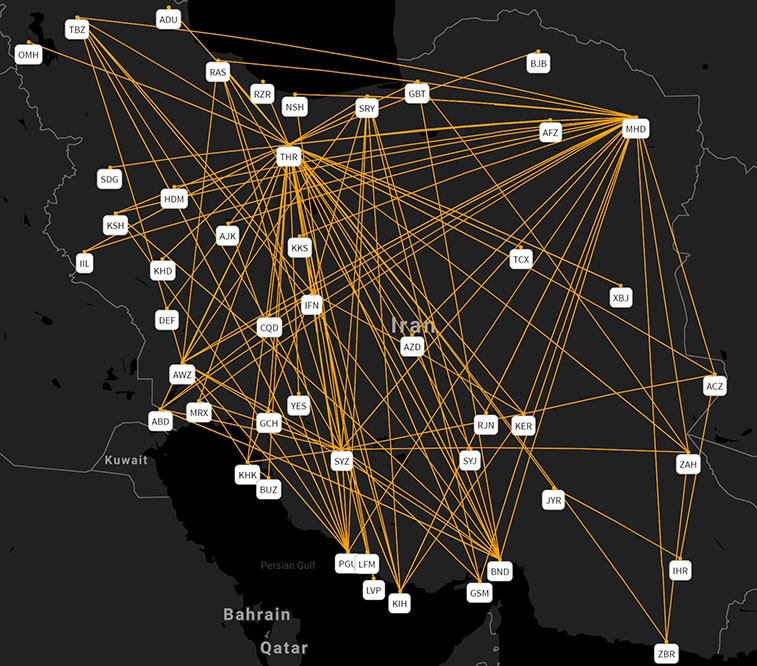 Source: OAG Mapper.  While Iran’s domestic network looks expansive, it had only 17 million two-way seats in 2019. Tehran THR – Mashhad was by far the leading route, with 17% of the country’s domestic seats.

In 2018, over 500 aircraft were said to be needed over the next ten years to replace existing aircraft and to grow. This wasn’t based on a highly stimulatory LCC, but it shows the potential. Given sanctions, the ability to finance them will be an enormous hurdle, although just before the New Year it was reported that Airbus will deliver three aircraft “in the very near future.”

Iran: a potential aviation paradise in the medium term?

Iran has much potential for aviation, at least in the medium, or longer, term.  It has the world’s 17th largest area and with 82 million people it’s the world’s 18th most populous nation.  Tehran itself has almost 16 million in its metro area. And, crucially, the country has slow overland transport, even between relatively close cities geographically. For example, Tehran to Tabriz is 390 miles – about 50 minutes flying – yet takes almost seven hours overland.  At less than 800 miles, Mashhad – Abadan is one of the longest possible sectors in the country, probably enabling significant daily aircraft and labour utilisation. There are also large numbers of Iranian diaspora regionally.  With over 60% of Iranian citizens under 30 years’ old, it seems that Iran could – in the future – be ripe for a “proper” LCC.

But to the present. Tehran Mehrabad (THR), the domestic airport, has nearly eight in ten domestic seats and is in all of the top-10 routes.  The first not involving Tehran THR is Mashhad – Isfahan, in eleventh, linking the country’s second- and third-largest cities. That it has “only” 251,000 seats last year indicates the undeveloped state of the country – inevitably, of course, for now.