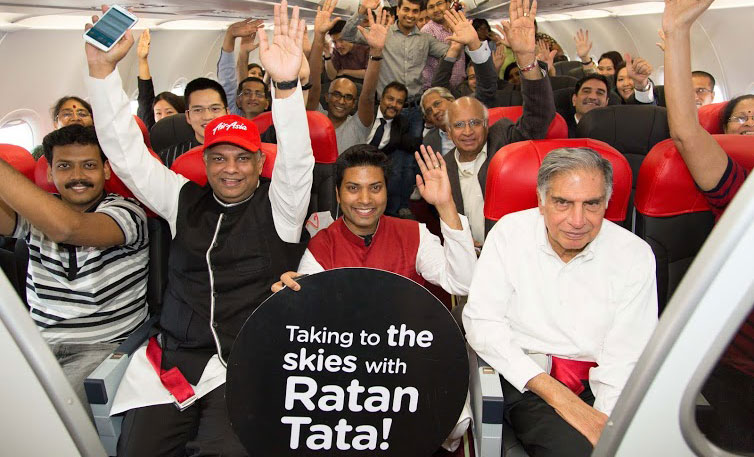 AirAsia India began in June 2014. Come 2019, it had 24 destinations, with Bangalore, where it is headquartered, its most-served airport.  The carrier, now with 29 aircraft in service and 71 on order, is second-placed at Bangalore.

India had 251 million seats to, from, and within the country last year. Almost eight in ten of these – 196 million – were from the top-three airlines at the country’s top-10 airports. With an average of 41%, IndiGo was the number-one carrier at them all. This is the first time that it achieved the full set because prior to the end of Jet Airways it was second at Mumbai.

Air India is second even at its main hub

LCCs now have 80% of domestic India.  As such, it’s no surprise that IndiGo and SpiceJet, in particular, dominate.  SpiceJet was number-two at five of the top-10 airports and number-three at four. It was within a stone’s through of being second at Ahmedabad, with just 3,291 seats (!) between it and GoAir. Using 2020 data (presently unreliable for the whole year), SpiceJet is – unsurprisingly – now second at the Gujarat airport. Air India was second at only three airports: Delhi; Mumbai; and Kochi. A number of Indians in the Gulf come from the state of Kerala, in India’s south, and the flag carrier uses the B747-400 on its four-weekly Kochi – Jeddah service. Even at Delhi, its main hub, where it has almost twice as many seats as Mumbai, it had a significant capacity gap of 8.4 million seats against IndiGo. 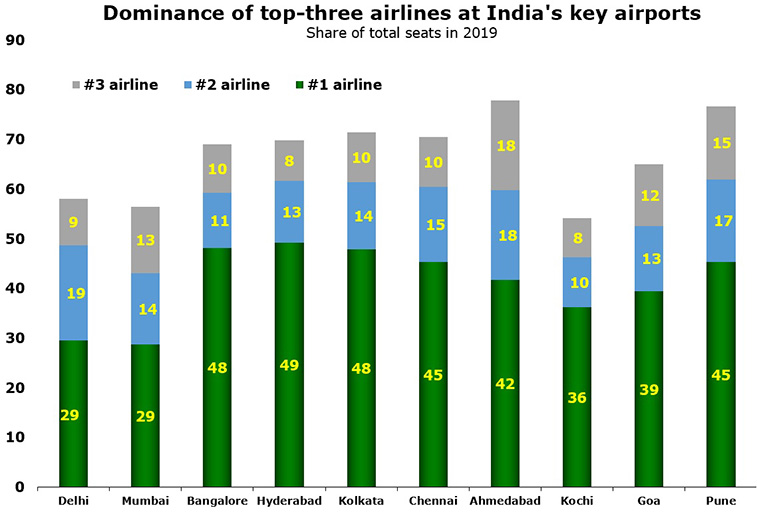 While the average share for number-one was 41%, it was just 14% for number-two and 11% for number-three.  Of course, dominance varied widely by individual airport, with Delhi and Mumbai obviously playing host to large numbers of international operators, so pushing down relative dominance on a percentage basis.  Nonetheless, IndiGo’s 29% share at Delhi meant 24.1 million seats and 16.1 million at Mumbai. 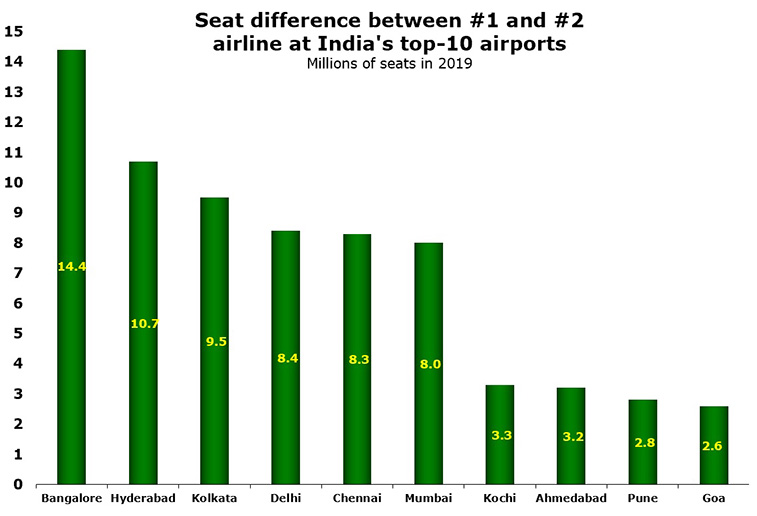