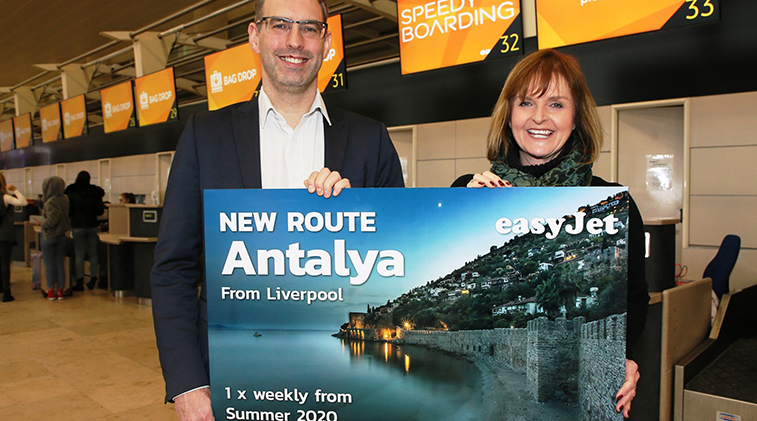 easyJet’s new once-weekly service from Liverpool to Antalya is among many new routes across various airlines to the UK for summer 2020. Unlike most, this isn’t from the end of Thomas Cook, as it has been unserved for at least a decade. Here, Ali Gayward, easyJet’s UK Country Manager, right, and John Irving, CEO Liverpool John Lennon Airport, announce the new route.

Antalya, the location for this year’s CONNECT Route Development Forum, is Turkey’s third-largest airport, with almost 30 million total seats in 2019.  Despite the events of 2016, the airport has added almost 11 million since 2015 – a CAGR of 10%.  Key airline development since 2017 includes SunExpress, up by  2.4 million seats; Azur Air, up 1.8 million; Nordwind, up 1.5 million; and both Onur Air and Red Wings, both up one million. 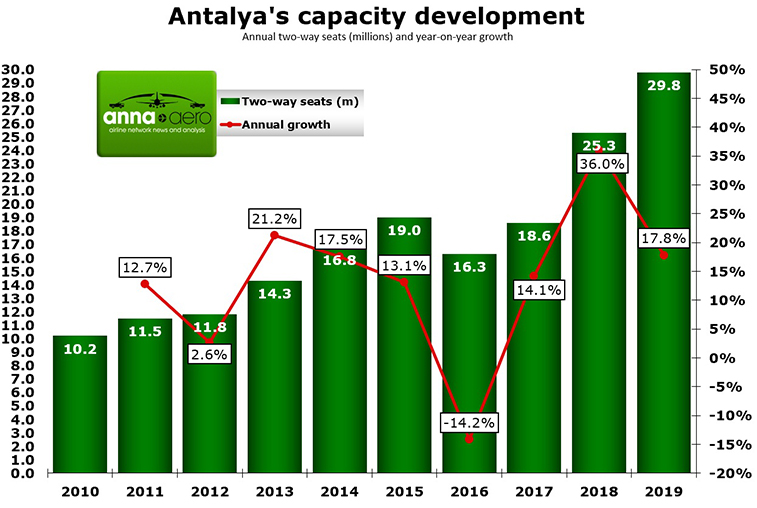 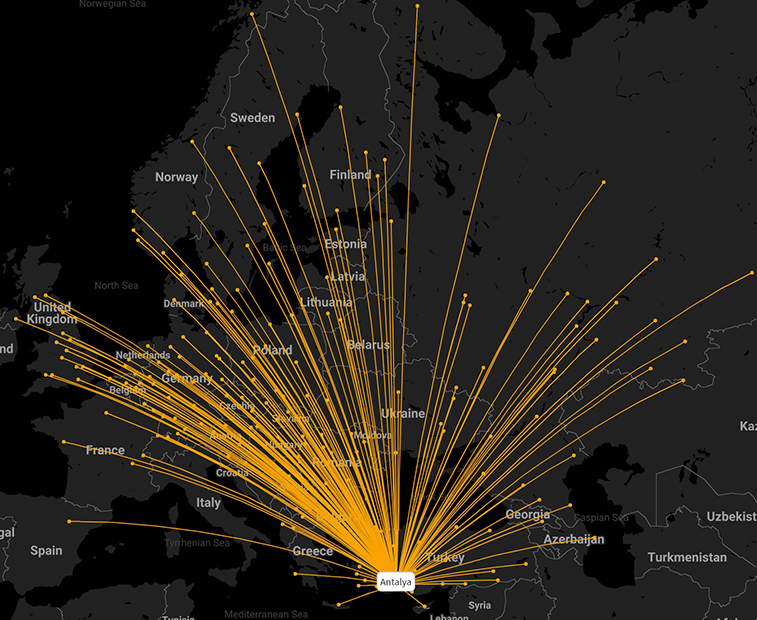 Germany has always been a significantly larger country from Antalya than Russia – until 2019.  Like many European countries, Germany saw reduced capacity as a result of the crises.  Condor, for example, cut over one million seats.  However, the uncertainty and reduced confidence following the crises did not dissuade Russia, with capacity growing by nearly seven million seats, including from the growth of Azur Air, Nordwind, and Red Wings since 2017. Geographical closeness, holiday facilities designed in accordance with the preferences of Russian visitors, and the ease of attaining visas are said to be key explanations. 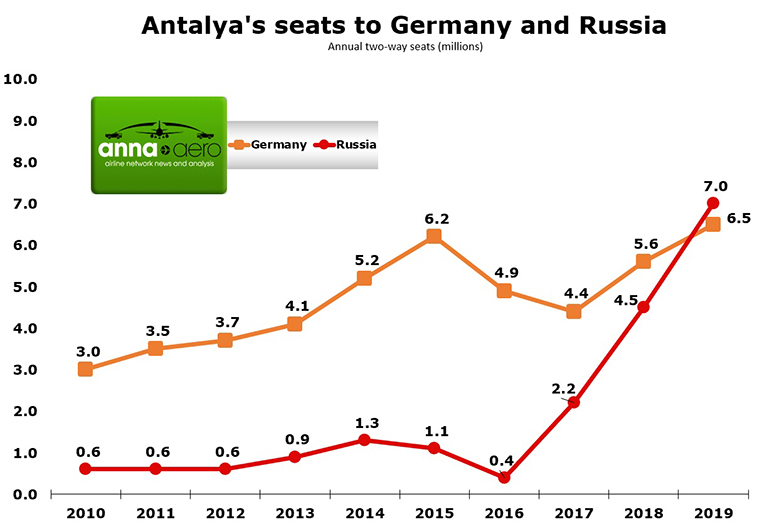 SunExpress, the joint Turkish Airlines-Lufthansa entity, the largest operator at Antalya, with 5.5 million – or 55% – of the carrier’s seats deployed there across 46 routes. In 2019, it introduced various new routes from Antalya, including Aalborg, Budapest, Eindhoven, Gothenburg, Oslo, Prague, and Warsaw.   The development of SunExpress at Antalya is impressive, with about half of its additional capacity since 2017 from the domestic market.  Interestingly, its strong domestic growth – up from little in 2017 to 1.4 million in 2019 –  is mainly from higher frequencies than new destinations, especially to Adana and Izmir. 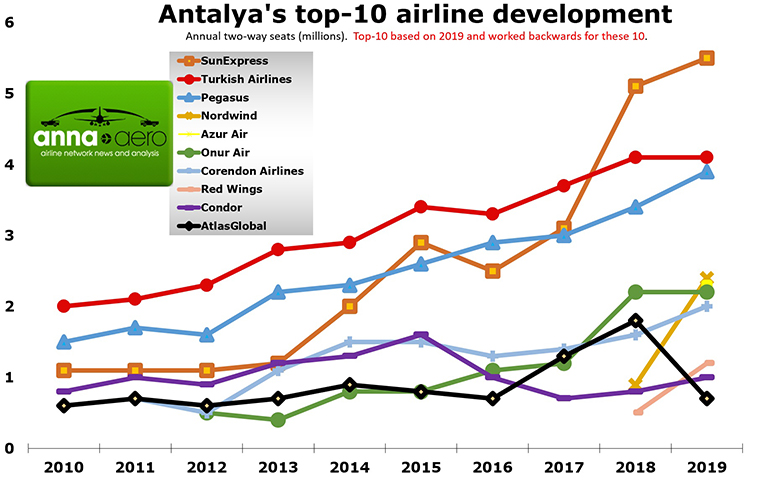 Source: OAG Schedules Analyser. Note: some years had other airlines in the top-10, but the purpose of this figure is to show the development of top-10 airlines in 2019 and their development over time.