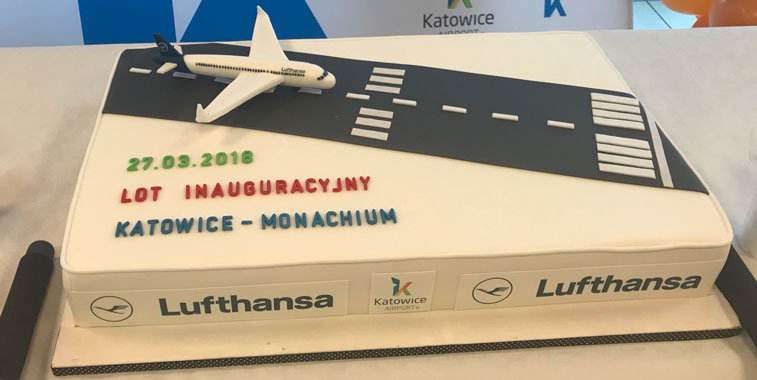 Lufthansa has a 6% share of Katowice’s total scheduled seats. In the week starting 13th February 2020, it serves its Frankfurt and Munich hubs on a 26-times-weekly basis: Frankfurt 19-weekly and Munich seven using CR9s and E90s.

Katowice is Poland’s fourth-busiest airport with 4.84 million passengers in 2019. Since 2010, passenger volume increased by 102% with a CAGR of 7%.  It expects to break the five million passenger barrier for the first time this year. Katowice has come a long way. In 2003, the year before Poland joined the EU, the airport’s passengers totaled just 260,000. 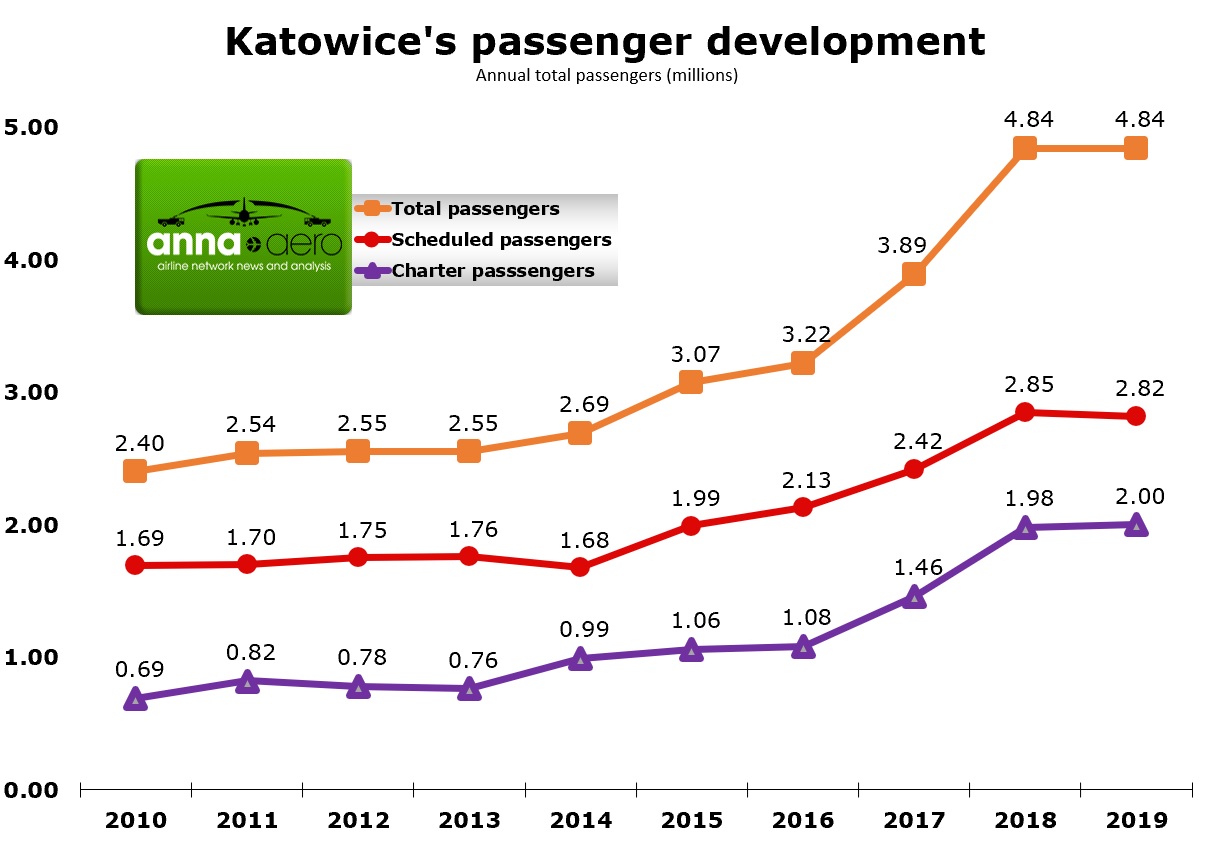 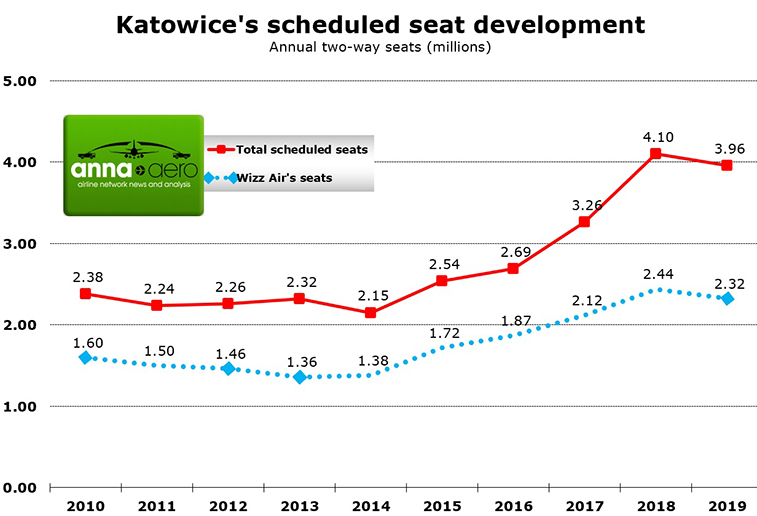 Ryanair has partly been responsible for Wizz Air’s decline in dominance from the opening of its Katowice base last year. Last year, it launched 13 new routes, including Bologna, Cork, Gothenburg, Manchester, Milan Bergamo, and Paphos. It now has 22 routes.  These – plus new routes to Bourgas, Brindisi, and Kherson – will mean its 2020 seats virtually double YOY to almost one million.

Katowice had 120 scheduled and charter destinations in 2019, with the top-10 airport-pairs and countries, on a scheduled basis, shown below.  The difference between London Luton and Dortmund is now minimal as a result of two developments.  Firstly, Luton seats falling 15%, or 63,000, year-on-year from Wizz Air reducing frequencies by the A321 in favour of the obviously lower-capacity A320.  Secondly, from Ryanair beginning Dortmund in 2019 in direct competition with Wizz Air.  In current week, there are 25 weekly frequencies (each way) to Dortmund: Ryanair with 11 and Wizz Air with 14.

While the UK and Germany are top country-wise, it was Ukraine grew that grew strongly YOY, with a 63% increase in seats (from a low base). This was from Ryanair introducing Kiev Boryspil and Odessa, with Wizz Air nearly doubling capacity to Kharkiv.  There are now six routes to Ukraine, and Wizz Air and Ryanair compete directly to Odessa and indirectly to Kiev.