Qantas commenced direct Brisbane to San Francisco flights on 09 February. The previously unserved route had an estimated 30,000 passengers in 2019, with over 190,000 travelling annually between Queensland and California according to OAG Traffic Analyser.

Gert-Jan de Graaff, CEO Brisbane Airport Corporation, said: “The US visitor market is currently the fourth largest for Brisbane Airport in terms of passenger numbers. Relative to the size of the market and overall demand, Queensland has been underserved from the USA, so these non-stop Qantas flights will go some way to addressing pent-up demand.” Lufthansa added Newcastle International to its growing Munich network on Monday 03 February with a six-weekly service. This is the second Lufthansa Group carrier to serve Newcastle, complementing Eurowings’ six weekly Dusseldorf connection. In total, over 100,000 passengers flew between Newcastle and Germany in 2019. Nick Jones, CEO Newcastle International, said: “We are delighted that Lufthansa has chosen to operate from Newcastle International Airport. As well as opening up Munich as a direct destination, this new route will provide over 130 onward connections throughout Europe and beyond.” 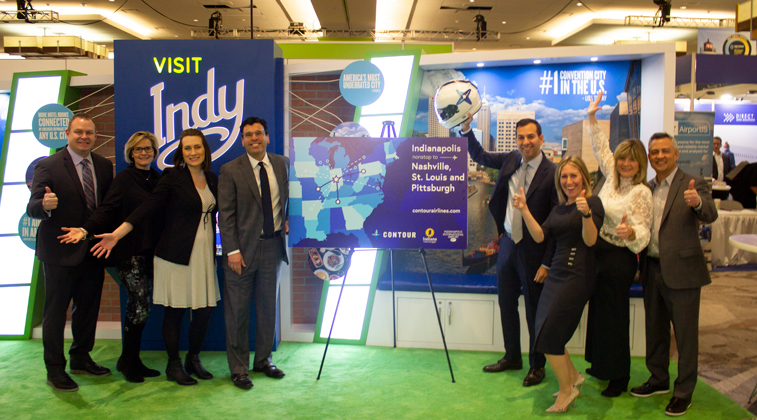 Indianapolis Airport has announced Contour as its latest airline at Routes Americas 2020. The carrier will operate three routes from launch: St Louis, Pittsburgh & Nashville. Indianapolis becomes the airline’s second base, after it started scheduled operations from Santa Barbara three years ago. The airline currently operates 18 routes, with all three route being served daily with 30-seat ERJ135/145s, according to Matt Chaifetz, CEO Contour Airlines.

At the launch, Mario Rodriguez, Indianapolis Airport Authority executive director said: “Travelers have been demanding drive-market destinations, and we’ve been working for years to bring these to Indy and expand both business and leisure nonstop connectivity regionally”. 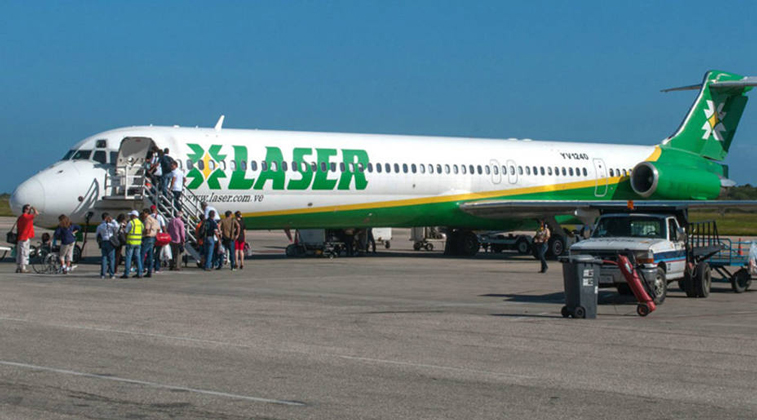 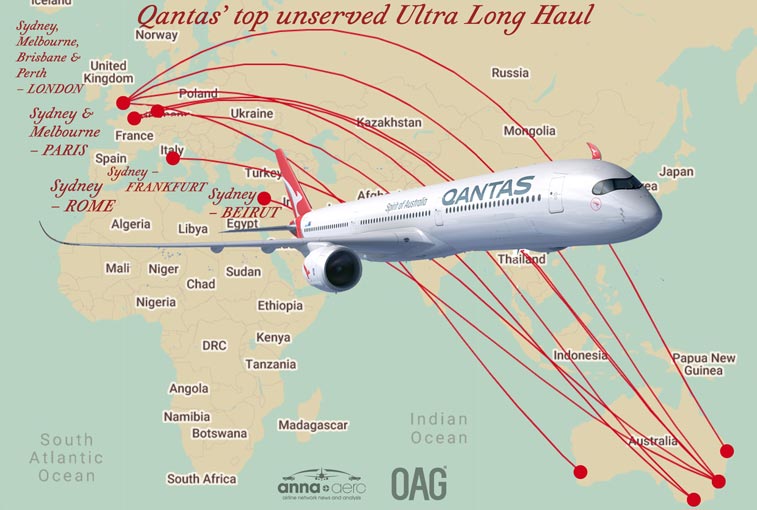 Source: OAG Mapper. We reveal the top unserved ultra long haul routes from Australia. Qantas is set to use the A350-1000 for Project Sunrise, and potentially create a new pilot contract to bypass union issues. The existing Perth – London route could sustain a larger aircraft (than the current 787-9) or a second daily flight according to our recent analysis.

Qantas will be going ahead with Project Sunrise, according to Australian media reports following a memo to Qantas International staff. This comes as the hard deadline for an A350-1000 order approaches at the end of March, and Qantas considers creating a new pilot contract if current union negotiations fail.

Aside from the expected Sydney/Melbourne to London, New York, Paris and Frankfurt routes, the direct route opportunities are vast by pure connecting traffic volumes. 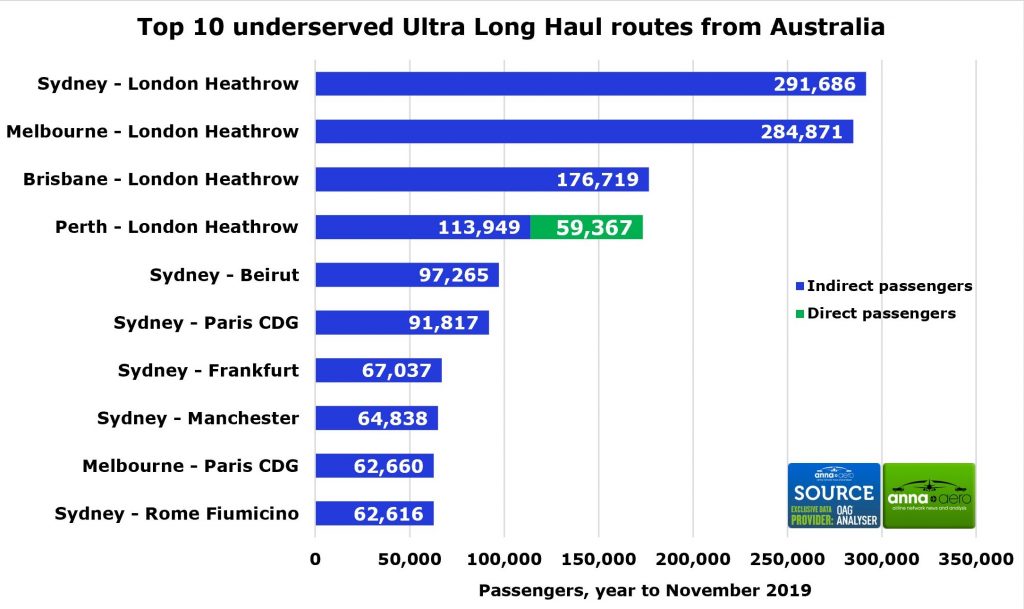 Brisbane is a large Australia – Europe/US market, with trade links and tourism to the Gold Coast attracting strong connecting passenger flows. This week, Qantas added San Francisco from the airport, and it is certainly possible A350-1000s may also come to Brisbane Airport to up-gauge thicker ultra-long haul 787-9 routes. Ultimately, any ultra long haul route must command a sufficient fare premium, in order for yields to be high enough to make a profit. 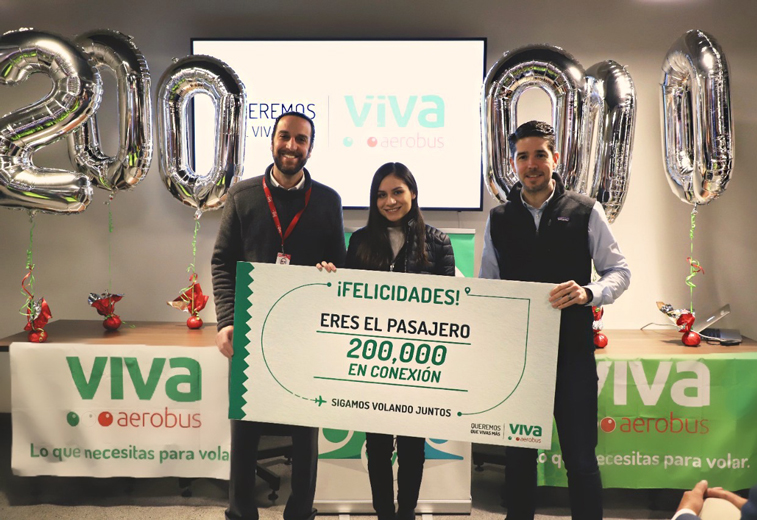 Viva Aerobus this week announced two new routes from Monterrey, after recently celebrating its 200,000th connecting passenger. The ULCC launched this guaranteed connection offering at its Monterrey hub in October 2018.

Juan Carlos Zuazua, General Director of Viva Aerobus said of the launch: “This [announcement] is part of our commitment to all travelers: make available to everyone the opportunity to fly. Backed by the youngest fleet in Mexico…we already offer a total of 123 routes, 22 of them international”.