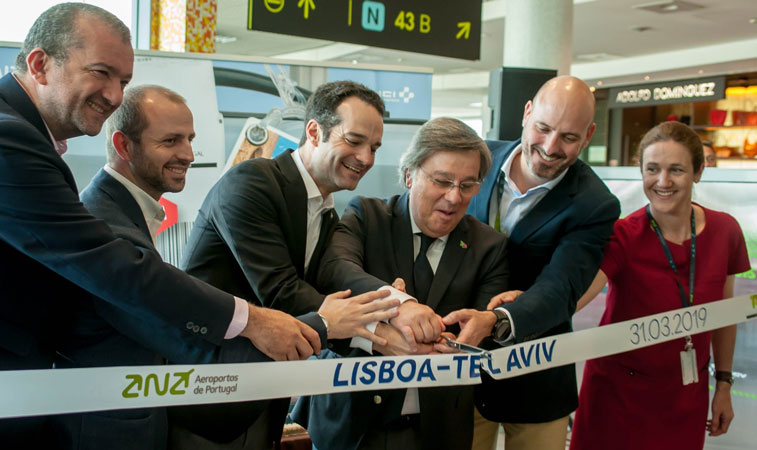 TAP Air Portugal has begun many new routes since the beginning of 2019 as part of its ‘new gateway to Europe’ strategy. Lisbon – Tel Aviv is one such new route. It began in March 2019 and now operates five-weekly using the A321LR.

Growth phase as part of ‘new gateway to Europe’

In 2019, TAP added a raft of new routes, including Lisbon to Basel, Chicago, Conakry, Dublin, Naples, San Francisco, Tel Aviv, Tenerife South (previous Skyscanner ‘Unserved Route of the Week‘) and Washington Dulles, and Porto to Brussels and Munich.  This year, TAP has announced Lisbon to Maceio, Montreal, and Santiago de Compostela, and Ponta Delgada to Boston. There’s no denying TAP’s newfound ambition as ‘the new gateway to Europe’, aided in part by its brand-new aircraft – A330-900s, A321LRs, A321neos, and A320neos – and significantly larger fleet.  However, work has just begun, with much more needed for financial success.

OAG Traffic Analyser estimates that 8.2 million passengers connected over Lisbon with TAP in the year to November 2019.  Not surprisingly, there was a strong connecting emphasis on Brazil.  This is reflected in the carrier’s top-five country-pairs, below, in this 12-month period:

TAP’s top country-pair, Brazil – Italy, had eight airport-pairs with 10,000+ passengers; this includes Milan Malpensa to/from both Fortaleza (13,100) and Natal (12,100).  In 2020, TAP will serve 12 Brazilian destinations, with the A321LR playing an important role to smaller cities – Belem, Maceio, and Natal – in Northeast Brazil.

Funchal and Porto stand out

Funchal, Madeira, and Porto feature notably in the top-20: Funchal seven times and Porto six. An estimated 375,000 connected over Lisbon to/from Funchal, almost all of which within Europe, especially Germany and France. Meanwhile, 587,000 connected over Lisbon to/from Porto, with almost 350,000 within Europe, especially Germany and Italy, and 104,000 to/from Brazil.