Jonathan Horne, Product Marketing at OAG, talks to anna.aero about its latest product that comes out at the end of April.

Demand from OAG is the new and exciting route forecasting tool that enables users to create new route business cases in under 15 minutes – as opposed to what used to be hours.

Aimed primarily at airports, tourism departments, and consultancies, Demand from OAG enables them to assess the viability and potential of new routes together with testing and running several different scenarios to build a solid and realistic forecast based on true accurate data.

At the heart of Demand is the data held in OAG’s Traffic, Schedules and Connections Modules on the Analyser Platform. OAG has taken these datasets and added their own proprietary methodology to the mix, extracting the data and then making it both consumable and visual using pre-configured formats.

What is the potential?

Users can create phantom flights which can be benchmarked against similar markets, in order to visualise and quantify what the potential opportunity is. In the example, below, Manchester – Beijing was used as a phantom flight.

Showing the stimulation effect of a new route in a region. Source: OAG.

Demand enables users to visualise what the stimulation on the market would be if the new route began, comparing competitors side-by-side, and seeing how the proposed new route would affect them.

Multiple forecast metrics can be shown and brought to life. Source: OAG. 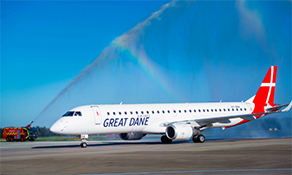 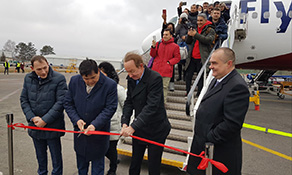 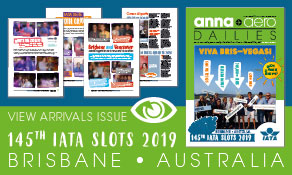